The Regavim movement on Monday petitioned the High Court of Justice to demolish the access road to Rawabi, the first planned city built for and by PA Arabs, hailed as the “flagship Palestinian enterprise.” Rawabi was built on private Arab land near Birzeit and Ramallah.

The fact that the access road to the city was being paved on private land without the owners’ consent was exposed in a previous petition by Regavim, filed after the Rawabi corporation had begun preparing land and paving the road that infiltrated an area which is under full Israeli control near the Jewish settlement of Ateret.


Last year, during the High Court hearing on the fact that the road to the Rawabi industrial zone was paved without a building permit, the state admitted that the problems related to the road system of the city of Rawabi were much more fundamental than had been assumed initially.

In its response to the High Court of Justice, the state noted that “an examination revealed that the submitted ownership documents do not fulfill the requirements in this respect. Inter alia, in view of the fact that part of the road is located in regulated land, where the owner’s consent has not been obtained with respect to the section in question […] the submitted documents do not solve the proprietary problem.”

The state’s response essentially revealed that long stretches of the access road to the new Arab city were paved on private land without the owners’ consent.

Recently, after it became clear that there no real change in the situation had been made, Regavim Attorneys Yael Sinmon and Avi Segal submitted a new petition to the High Court of Justice, demanding the demolition of the current access road to the city, which is located on private Palestinian land.

It was also discovered that several years ago the Civil Administration issued a temporary permit to build the road, in a clearly illegal manner, since these are privately owned lands.

Should the road be nevertheless approved by the High Court of Justice, this will have surely many implications for Israeli settlements in Judea and Samaria where similar problems have been identified. The high court has to either demolish the road paved on illegally obtained land – or risk having to approve thousands of disputed Jewish-owned homes.

“In recent years the High Court has taken a very strict line and ordered the demolition of buildings and roads built by Jews on private Palestinian land,” said attorney Avi Segal of the Regavim movement, adding, “Therefore, in this case, it is unreasonable for the High Court of Justice to disregard the rights of the landowners.” 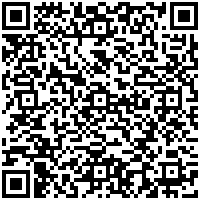