BEIT EL, ISRAEL – “Gush Katif number two.” “Another Amona.” “It will topple the government, split the nation, and drive an irrevocable wedge between the people and the leadership.”

These and more have been used to describe the very real crisis now unfolding in Israel, particularly in the pro-Land of Israel camp: The inexorable march toward Iyar 9 (May 1), the date by which the government promised the Supreme Court it would destroy five apartment buildings in the Ulpana Hill neighborhood of Beit El.


This is not just your everyday outpost or caravan site. Thirty families, with over 70 children, live there, in beautiful three-and-four story stone structures, just a 25-minute drive north of Jerusalem. Givat HaUlpenah was initiated and funded by the government of Israel under then-Prime Minister Ehud Barak, which also gave the future residents $20,000 grants to live there. Now, these same buildings – with six families in each – face imminent destruction, courtesy of the same government of Israel, and the residents have been offered nowhere to move.

Some 500 people, most of whom were members of the ruling Likud Party, visited the neighborhood on Sunday. Knesset members, residents and others gathered together to either pledge or demand support in the ongoing struggle to save Givat HaUlpenah. Among them was resident Didi Dickstein, chairman of the official Neighborhood Committee and a student at Ariel University. But he actually has an even more interesting – and tragic – entry on his life resume: His parents and one of his nine siblings were brutally murdered by Arab terrorists one Friday afternoon ten years ago as they were on their way to spend Shabbos in the Kiryat Arba area.

“I don’t usually like to tell this story,” Dickstein told The Jewish Press. “In fact, no one at Ariel University knows it. Not only that, but I and my brothers were all granted an exemption from serving in the army, yet we didn’t take it; we have all served or are serving in the IDF.”

But this case is an exception, Dickstein feels: “This is precisely the type of issue that our parents raised us on, and taught us to believe in and work for: Great faith and love of the Land of Israel. [They had moved to the southern Samaria town of Psagot only several months before they were murdered.] They believed in this greatly. My wife and I, personally, are merely renting the apartment that is currently under threat; we can just pick up and leave. But what’s going on now is not just our personal problem; it’s a national struggle.”

Looking at the dry facts of the case might cause one to marvel at the great faith in and love for the state of Israel Dickstein expresses. In brief, the land on which Givat HaUlpena lies was purchased from an Arab over 12 years ago, and construction on the neighborhood received government funding and was completed relatively quickly.

Abruptly, however, something changed: A man with the same name as the seller – they are cousins – claimed he was the actual owner and that his cousin had taken the money fraudulently. His proof? A piece of paper signed by a Palestinian Authority official to that effect.

The powers that be did not wait for a resolution to the “case of the clashing cousins” in a regular District Court, where monetary claims are supposed to be adjudicated. Instead, left-wing elements brought the case to the Supreme Court. When the point was raised that the ownership had not yet been determined, and that one of the cousins was apparently lying, one of the judges – Uzi Fogelman – said, “What, we should wait five years for a decision?”

And so, based on such considerations, together with a government commitment to “empty” the land based on the cousin’s claim and left-wing pressure, the nation’s highest court issued the ruling: “The buildings must be destroyed by May 1.”

As these words are being written on Monday, Prime Minister Netanyahu is convening his top ministers in an attempt to find a solution. He has no more desire than anyone else to see a situation in which soldiers or police have to fight hundreds of citizens, as happened in Amona six years ago, to pave the way for men, women and children to be forcibly removed from their homes – and then to have their homes bulldozed, with cameras from around the world recording all for posterity.

As of now, however, the homes are still set to be razed – but the faith of Didi Dickstein and his neighbors is strong.

“The truth is,” he said, “on a personal level, we have a clear feeling that we are being treated as fourth-class citizens, or lower, denied fair legal proceedings, and that our country is actually against us…. But on a national-historical level, we have no doubts that we are on the right track. This week we will celebrate Israel Independence Day, and we will joyfully sing one of my father’s favorite songs, Kol Tzofayich – ‘Your watchmen sound their voices…seeing God return to Zion.’ He even named three of his children after this verse: Tzofiyah, Renana, and our nine-year-old brother who was murdered, Shuva-el.” 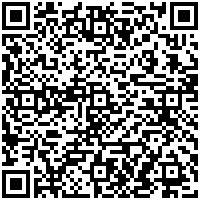