When Penina Popper was six years old, she auditioned for Kiddies on Camera, a show that was broadcast on CFRN television in Edmonton, the capital of the Canadian province of Alberta. She was selected to appear on the show and sang “Somewhere Over The Rainbow.”

“I started singing practically before I could talk,” recalled Popper who says she inherited her talent from her mother. Popper’s mother never pursued music, but Popper herself used it to open doors her whole life, starting from her childhood.


“We used to go on road trips for vacations. There were five children in the car singing songs like ‘Michael Row The Boat Ashore’ and ‘Swing Low Sweet Chariot’,” Popper said. The middle child of five, she was born into a nominally Christian, Canadian family in the 1950s. Today she lives in South Florida as a religious Jewish woman, with seven children and eight grandchildren.

Despite the dramatic changes in her lifestyle, over the course of six decades, music has been a constant.

After Kiddies on Camera, she performed at school functions. During middle school and in her early teens, she trained classically with the Toronto Royal Conservatory of Music. Occasionally, she was asked to sing at weddings.

As a young teen, she was accepted into the Edmonton Centennial Singers. The conductor at the time was F. Garth Worthington, a visionary who passed away in 2014 after decades of inspiring teens in music.

Being a member of a musical group gave Popper the opportunity to sing acapella Christmas songs in a shopping mall, to earn an honorable mention in a Canada-wide music festival, to perform in a 16th century-style show and to be on “every television station in Edmonton.”

Fully at home on stage and performing, Popper pursued music as a career, “in order to not have regrets later on.” At 22, she was a singer in a rock band, performing in bars and cabarets.

After freelancing as “the girl in the band,” Popper joined Canadian teen idol Bobby Curtola and went on cross-Canada tours with his band. As a non-religious, non-Jewish young woman, she sang with Curtola in private clubs, on a Canadian Air Force base and in other, similar venues.

Sadly, her personal life didn’t match her professional success. Popper recounts a traumatic childhood. She was run over by a car when she was seven and her parents were told she would never walk again. She was also cross-eyed and had three surgeries to straighten her eyes.

In those days, siblings were not allowed to visit in the hospital, so she spent many days away from her family, focused on reading the Reader’s Digest Bible. Her mother took the children to a local Anglican church, but anti-religious family pressure forced them to stop attending. Eventually, Popper’s mother took her and her younger brother back to the Anglican church to be baptised. Today, every one of the five siblings is following a radically different spiritual path.

Popper’s maiden name is Gott, which is German for God. “The name felt like a mismatch with my upbringing,” she relayed.

Christianity fell apart for her at age 12. “I told my mother that everyone should be Jewish because it was the only religion that was real. Everything else was man-made. I felt a deep connection to God because I felt that God had saved me [from her various medical challenges].”

As an adult, she married and divorced twice, with two little girls. Singing served as a way to pick up extra cash when needed. Finally, she married her current husband, a Jewish man who had been raised in a Reform home. “After we became religious, we moved from Canada to Florida where we could put our children in day schools. In Canada, it was a two-hour drive to Hebrew school. My husband made the girls Hebrew flash cards [to supplement their Jewish education].”

Popper and her two daughters, then 10 and 6, drove 300 miles each way to meet with the rabbi who oversaw their conversion. “We started keeping Shabbos in Estevan (a city in Saskatchewan, Canada). We had a son in Canada. We drove 50 miles to avoid having a baby in a Catholic hospital. We drove 300 miles for him to have a kosher bris. We had to spend Shabbos in Winnipeg after his bris because there was no community in Estevan.”

“One of the goals was to bring Yiddishkeit back to my husband’s family. We knew the direction we were going in.” For her initial conversion in Canada, she was given 16 books to read. “We made the decision together toward becoming Orthodox. We wanted our conversions to be recognized in Israel. My husband’s family was in Florida and we relocated there after my conversion.” Popper underwent a second conversion (giur l’chumra) in Miami to remove all doubt about her Jewishness.

Today, her children are all solidly religious. Her oldest daughter went to Israel for two years. Her youngest daughter was in Israel at Kfar Chabad. Three of her sons are rabbis. One is a mashgiach and another one is a sofer.

Her oldest daughter’s family carries on the musical tradition. Popper’s granddaughters all sing and taught themselves musical instruments, including piano, violin and bass guitar.

“Music has always been a very important part of my life. It calms me. Whenever I had choirs, I told the kids that when you sing, you’re sharing your neshama with everyone who is listening.

When she became religious, Popper struggled with her understanding of kol isha. “At first it was very hard. Having a background like I did, very untznius singing in cabarets, it was a challenge. Because my voice comes from my neshama, it’s not tznius to share it with men,” she observed.

“I tried to develop my talents with just music itself. Anybody who is creative or artsy is a little different than anyone else and knows that it’s hard to function in a world that doesn’t accept you for all you are.”

Popper used her musical talent to write Jewish versions of popular secular songs and had choirs perform them. She turned My Heart Will Go On And On from Celine Dion into a Holocaust memorial song. She wrote new lyrics to the Banana Boat song made famous by Harry Belafonte in 1956 and called her parody Rabbi Come and Kosher My Home. She turned the Sandpipers 1970 hit Come Saturday Morning into a song about Shabbat.

Today, Popper works as an administrative coordinator for a company that does clinical research studies. Music is primarily a way for her to connect with her grandchildren; she teaches them songs and poems. “I’m not sure about my capacity for performing now. I haven’t given it a lot of thought. I still enjoy writing music and providing encouragement to others.”

When she worked as an advocate for the elderly living in nursing homes, she saw that music is really under-utilized in those settings. “It can help set the tone of the environment by playing the music that the residents would enjoy.”

Popper concluded by expressing her concern for religious girls who have musical talent. “It’s very important to encourage girls to create original music on their own.” She gave a shout-out to the Tzohar Academy for Chassidus and the Arts in Pittsburgh where one of her own daughters attended. “My daughter was so happy to be able to go to a school where she could nurture her talents in a kosher environment. The girls there learn about the arts and chassidus and are able to express their Jewishness through the arts.” 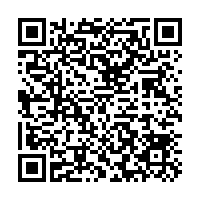