After 18 months of internal White House conflicts and bitter criticism of their failure to reign in President Donald Trump, his elder daughter Ivanka and his son in law Jared Kushner have held on to their jobs as aides to the President, maintaining their spot in the president’s orbit, the NY Times reported Sunday (Still Standing, Kushner and Ivanka Trump Step Back in the Spotlight.)

As one staff member after another has lost grace in the eyes of the “You’re fired” president, Trump has held on to the “familiarity of his family,” the Times reported, noting that the more emboldened the president has become in recent months, so have his daughter and his son-in-law. In fact, the couple has been preparing for even more influence at the White House, even as the floor is being cleared of the political carcasses of their critics with the administration.

Ivanka Trump’s announcement last week that she is shutting down her fashion brand, was in line with her renewed commitment to her Washington career. Last Tuesday she even said she did not know “if I will ever return to the business.”

Treasury secretary Steven Mnuchin told the Times: “Any suggestion that they were going to leave the White House was just ridiculous. They both have been dependable, valuable and effective partners for me and other members of the president’s cabinet.”

Kushner, for his part, has been adept at steering the president toward his own priorities. He advised the president to ignore the concerns of his advisers and granted clemency to Alice Marie Johnson, a 63-year-old grandmother who was serving life without parole for a first time, nonviolent drug offense, upon the request of Kim Kardashian. The president, according to the Times, was “dazzled by his power to grant clemency” and by Kardashian’s celebrity.

Kushner has still not delivered on the promise of peace in the Middle East, which the Times blames on his Trump’s pro-Israel policies, which “infuriated the Palestinians and increased the already long odds of a peace deal.”

Kushner sees himself as the custodian of Trump’s political brand, leading the effort weed out the Republican Party of anti-Trump resistance. “I have greatly enjoyed working collaboratively with so many extraordinarily devoted and competent people,” Kushner told the Times (through a spokesman), “but those who have tried to undermine the president have found me to be an obstacle.”

This tough and unforgiving attitude of the president’s son-in-law was first observed in the removal of former New Jersey governor Chris Christie. Christie slaved away to promote Trump’s presidential bid (he gave up his own candidacy in the process), only to have his dreams of a cabinet post in the new administration be shattered by Kushner – who never forgave Christie his prosecution, as United States Attorney, of Kushner’s father for embezzlement.

According to the Times, the couple’s influence is most felt in White House internal fights with aides they regard as disloyal to the president’s mission. Kushner, who shares his father-in-law’s need for absolute control, has been undercutting a long list of presidential aides, many of whom have left: Trump’s first campaign manager Corey Lewandowski; his first chief of staff, Reince Priebus; his former chief strategist, Stephen Bannon; White House counsel Donald McGahn; White House counselor Kellyanne Conway (still in); former secretary of state Rex Tillerson; Trump’s former “fixer” Michael Cohen; and Trump’s longtime lawyer Marc Kasowitz.

The couple’s most ardent battle to date has been against White House Chief of Staff John Kelly, who tried to cut them at the knees with his refusal to grant them security clearances. They believe Kelly I behind much of the negative rumors about them. Kushner and Ivanka insist they are not trying to oust Kelly, but West Wing staffers who spoke to the Times don’t believe that. Instead they expect Trump and Kushner to usher Nick Ayers, Vice President Mike Pence’s chief of staff, as Kelly’s successor.

Meanwhile, Ivanka and Jared have recast the West Wing with Bill Shine, Mercedes Schlapp, and Brad Parscale; and they have been admirers policy wonk Stephen Miller.

The Times report concludes with Senator Susan Collins (R-Maine), who was not sure at first what to make of Ivanka Trump, but soon enough forged a closer working relationship with the presidential daughter, who facilitated for her a direct line to the Oval Office. Riding in a car together one day, Ivanka handed the Senator a phone, and her father the president was on the line.

No one else in the White House has this kind of power. 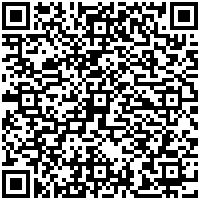