Talk to any Zionist these days about the upcoming Trump presidency and chances are the conversation will quickly turn to the hoped-for relocation of the U.S. embassy from Tel Aviv to Jerusalem.

It is similarly likely that many do not know that the transfer of the embassy is actually rooted in United States law. The Jerusalem Embassy Act of 1995 stipulates that Jerusalem “should remain an undivided city” and “should be recognized as the capital of the State of Israel.”

The law further states that the above should occur no later than May 31, 1999 – but adds the famous “presidential waiver” clause allowing the president to suspend the law’s implementation for six months “if he determines and reports to Congress in advance that such suspension is necessary to protect the national security interests of the United States.”

All three presidents since then – Clinton, Bush, and Obama – have availed themselves of this privilege, and the embassy has remained in Tel Aviv.

This situation may very well change when Donald Trump becomes president. Expectations are high not necessarily because of his campaign promise to move the embassy – the same promise was made by previous presidents when they ran for office – but due to his selection of David Friedman as his ambassador to Israel. Friedman says he looks forward to fulfilling his new job “from the U.S. embassy in Israel’s eternal capital, Jerusalem.”

The KeepJerusalem-Im Eshkachech organization (www.keepjerusalem.org) has been working on behalf of Jerusalem for over a decade. Chaim Silberstein is its founder and president. He and I write a bimonthly column on Jerusalem for The Jewish Press, and I recently took the opportunity to ask him his thoughts on what the relocation of the embassy would portend for Israel and the region.

Hillel Fendel: U.S. presidents have been promising for 20 years to move the embassy to Jerusalem, yet it has never happened. What are we lacking?

Chaim Silberstein: For one thing, this status quo, according to which the American government does not recognize Jerusalem as our capital, leads to U.S. condemnations every time Israel announces building projects in neighborhoods such as Gilo or Pisgat Ze’ev. So that’s one reason why we need this change.

On a broader level, however, American recognition of Jerusalem as our capital would inspire other countries to move their embassies to Yerushalayim, leading to its broad international recognition as Israel’s capital.

Are we not jumping the gun? How about first just getting the U.S. to recognize western Jerusalem as part of sovereign Israel, and then we can talk about eastern Jerusalem later.

You’re right that the U.S. does not yet recognize western Jerusalem. But the fact is that the Jerusalem Embassy Act calls for recognition of all of Jerusalem – both west and east – as our capital. The law calls for Jerusalem to “remain an undivided city,” and that this undivided city be “recognized as the capital of the State of Israel.” This is our goal, nothing less.

Ambassador-designate David Friedman is famously in favor of moving the embassy. Do you think it will actually happen in the coming months?

The six-month presidential waiver that President Obama most recently signed was on Dec. 1, meaning the implementation of the law is suspended until June 1. It is my fervent hope that President-elect Trump will not renew the waiver, and the law will then take effect.

Keep in mind that the Embassy Act provides for financial penalties if the embassy is not moved: the withholding of at least 50 percent of funds appropriated to the State Department specifically for “Acquisition and Maintenance of Buildings Abroad.”

Interestingly, the date of June 1 is very close to the actual date of the 50th anniversary of the reunification of Jerusalem during the Six-Day War. We hope that, as a result of strong advocacy and diplomatic work, for the first time in nearly twenty years a U.S. president will not sign the waiver and the embassy will be moved to Yerushalayim. In anticipation and in honor of this, we at KeepJerusalem are hoping and planning to hold a special commemoration and celebration.

Do you see the PA taking any concrete action against Israel if the embassy is moved?

Some violence can likely be expected at first, but let’s not forget that this is an American move, not an Israeli one. We certainly wouldn’t expect that the PA would frontally attack U.S. interests. On the other hand, they will definitely exert pressure – politically, diplomatically, even taking up arms – to have the relocation canceled.

Will moving the embassy to Jerusalem have a positive effect on American Jewry?

I don’t think most of American Jewry is really aware of what’s going on with the official status of Jerusalem. I’m also not convinced that the move will happen in one fell swoop. It will probably happen in stages – first moving some offices to the consulate in Talpiyot, Jerusalem, then finding a building large enough to house more of the offices, and so on. The embassy in Tel Aviv has some 400 employees, while the building in Talpiyot has only a few dozen.

Having said that, though, I think that U.S. recognition of Jerusalem as Israel’s capital will have a gradual and important influence on American Jewry. It will lead the Israeli government to facilitate significant construction of more affordable housing, and more middle-class American Jews will then be able to afford to buy here, either for investment or for actual aliyah. All in all, the Jewish population of the city will receive a large boost from this move.

But moving the embassy alone will not guarantee the future of Jerusalem; there are imminent threats facing Jerusalem demographically, security-wise, and in other ways. More steps are necessary. By the time Trump takes office, KeepJerusalem plans to complete a comprehensive position paper, outlining the steps we believe the Israeli government must take to ensure that Jerusalem is maintained as a united city under Israeli sovereignty.

In sum, the combination of the relocation of the U.S, embassy to Jerusalem and Israel’s implementation of a concrete development plan for the future is the optimal way of securing Yerushalayim as Israel’s united and eternal capital. 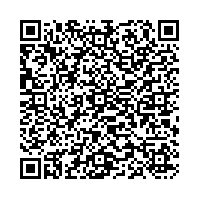