We all pray – but that’s very different from holding a back-and-forth conversation with G-d. If you’re the writer of a musical play, you’ll have to figure out how to represent such divine moments to an audience and how to act them out without having anyone “play G-d.” Sharon Katz and Avital Macales faced the challenge and came up with several creative solutions. I attended a rehearsal of Count the Stars, the story of Avraham and Sara, to find out how these dynamic writers and producers did this and so much more. As the play is debuting in November in Jerusalem, I suggest you book your ticket now.

Sharon Katz is film production manager at Shoot East Productions and Torah Live, both innovative filming projects. A former editor of The Hollywood Reporter, Show Business Newspaper and Voices Magazine, Sharon’s creative energy couldn’t be limited by the written word. She’s also the founder of four women’s performance companies, has produced seventeen shows and has co-written four musical comedies, all based on stories from Tanach. A powerhouse of positivity and fun, Sharon has performed on stage in seventeen productions. Now cast as Avraham’s trusty servant, Eliezer, she brings comic relief into the play – and a spirit of sincere caring to the cast. “I missed your shining face,” she calls to a twelve-year-old performer who missed a rehearsal. “Nice new glasses,” she tells another.

Avital Macales, svelte and gentle, her brown hair pulled into a simple ponytail, is the superstar of women’s theater in Israel. Born in Los Angles, Avital came to Israel when she was so young that she managed to pick up such erudite Hebrew skills that when she’s not singing, she’s working as (gulp) a Hebrew grammarian. How do the staunch and unwavering rules of Hebrew grammar come together with the muse of performance? It’s in the genes: Avital’s father is an engineer and physicist; her mother a musical director (who just happens to be the musical director of this play). Wait… there are even more contradictions to Avital. The superstar is actually reserved and bashful when she’s not full-flare on stage. “I was born to be on the stage; offstage I’m shy,” says Avital. It’s a loveable combination that turns me into an immediate fan.

Three-and-a-half years ago, Sharon and Avital took to writing Count the Stars. The creative process began with in-depth learning of the Chumash and commentaries. “Each week, we presented what we had learned to one another, and then we sang the song that came out of that topic,” says Sharon. The resulting play was executive produced in 2014 by Raise Your Spirits Theatre, the first theater company that Sharon had founded. Fast-forward to 2015.

The Song of Unity

Sharon was taking a course in script writing offered by The Jerusalem Center for Artistic Development (JCAD) at the OU Center in Jerusalem. At the time, a wave of terror engulfed Jerusalem. “Hardly anyone walked through the city streets. And if you did, you kept looking over your shoulder. The only place full of optimism and life was the OU Center,” recalls Sharon.

Driven to nurture meaningful friendships, boost self-esteem, have fun, and oust the feelings of isolation, Sharon and Avital, together with Shifra Penkower and Bati Katz, created the Women’s Performance Community of Jerusalem (WPC) and partnered with the OU Center. Through song and drama, women of all ages from different neighborhoods and diverse streams of Judaism joined into one loving and supportive group. It was community theatre at its best. Created by, with, and for a community, the WPC quickly fostered a feeling of community spirit and unity while developing the skills and artistic sensibilities of the participants.

The WPC began offering monthly programs, but the women wanted more… they wanted to stage an entire performance. Sharon and Avital reworked Count the Stars putting Sharon’s new-found knowledge to work. “It has been marvelous,” says Sharon. “The seventy women in the cast love it. Avital and I feel like this is a new show. But at the same time, when we hear our melodies being sung again, we feel like we’re meeting a familiar friend.”

Since rehearsals began in June, the rooms and corridors of the OU Center have been filled with dance and song twice a week. Moving from room to room, I get an idea of what it takes to put together the show. Upstairs, lithe choreographer Judy Kizer works with endless patience and skill with a dozen lively young girls who are “yummy and fun to squeeze” in Sharon’s words. “It’s hard for children to focus,” says Sharon with a smile. “With adults, you tell them what you want and they understand. With children, you need more patience.” For their part, the children contribute their own creativity. I watch as they quickly put on their heads the orange and black striped tote bags that Sharon just had to buy when shopping for props and turn them into a headdress for Pharaoh. And as for stage fright… no one mentions the words. “This is fun and there’s no reason to be afraid,” says Sharon.

Downstairs, director Shifra Penkower, dressed in beautifully-coordinated green and red, leads the rehearsal for actress/dancer/singer Debbie Hirsch and Avital as they bring a TV reality show to life (more on that below). When Shifra isn’t guiding the performers, she checks out the rise of the backdrop, the width of the visible part of the stage, which booms are electric and which manual, the number of steps to the dressing rooms, and how good the view is from just about every seat in the Gerard Behar arts center where the show will take place.

When they’re done, Debbie, a young mother, tells me what motivated her to be part of the play. “This is what Am Yisrael is all about. Different streams of Jews all coming together without caring about the differences. Performing together gives us the chance to appreciate each other,” she says. Then she adds, “Performing reenergizes me and gives me the vigor I need to be a better wife and mom.” 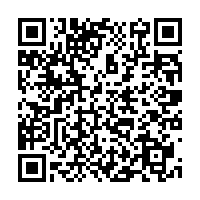