Straight from the heart of Jerusalem comes the only English talk show on broadcast radio in the State of Israel. Yishai and Malkah Fleisher, two well-known internet radio personalities, made the leap to broadcast FM radio on the new Galey Yisrael station in Israel, blazing a trail to create content for the growing segment of the Israeli public that speaks English. Here at JewishPress.com we are proud to present The Yishai Fleisher Show online for listening and for download in cooperation with Galey Yisrael radio.

Malkah finds a deal on canned cranberry sauce in a shop in Jerusalem stocked with American imports and this sets off a deep discussion on the process of the diaspora assimilating back into the Jewish homeland. How to find the right pathway to combine cherished tastes and preferences with life in the Jewish homeland. There is the potential for cultural clash but great combinations can be made in the process. What is your comfort zone? What does authentic native Jewish dress look like? Can ancient Hebrew script come back into use by modern Israelis? Finally, Yishai reads the email from the week. Please send e-mail to show@yishaifleisher.com.

Jeremy Saltan discusses entry into politics by Yair Lapid (son of Tommy Lapid who founded the Shinui Party), Noam Shalit (father or Gilad Shalit), and Rabbi Aryeh Deri (former Shas Party leader now starting his own party). Knesset shananigans result in Anastassia Michaeli (Yisrael Beitenu MK) throwing water in an education committee meeting after she was harshly told to “shut up” by MK Ghaled Majadle (Labor). The role of the media in Israeli politics as media personalities are in many parties and this is increasingly the path into political power. Finally, MK Ayoub Kara brings a gun into the Knesset?! Learn about Knesset member immunity. More from Knesset Jeremy on his blog at http://knessetjeremy.com/

Part one of a fascinating discussion with alternative peace activist and educator Yehuda HaKohen. Yehuda teaches history at several Jerusalem institutions and organizes grassroots Jewish-Arab dialogue sessions for the purpose of fostering mutual acceptance and understanding. Yishai and Yehuda talk in depth about issues such as the real meaning of the Israeli “security wall”, European activists agitating in Hevron, and the Modern Orthodox bubble in the USA.

Part Two of Yishai’s discussion with Yehuda HaKohen. Yishai and Yehuda drill down on the ideas underpinning the future of peace in the Middle East and review the history. In the last section of this segment Yishai thinks about the lesson of Moses and his choice to help the girls at the well in Midian – what can we learn from this story about leadership? Don’t miss Leah Bat Tzion Fleisher making a special appearance at minute 22:00!!! 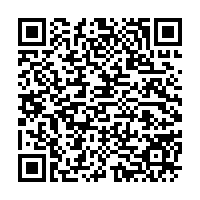