The Jordanian monarch is a master at knowing how to tiptoe through the raindrops.

When his own country – and in fact, the entire region – is a tinderbox, King Abdullah II knows the only safe route is to start yelling at Israel. And so he has.


After a week in which daily violence by Islamic ‘worshipers’ at the Temple Mount forced Israel Police to close Judaism’s holiest site to nearly everyone, Jordan had the temerity Monday to scold Israel for the bad behavior of Arab Muslims.

Only Muslim men over age 50 – and women of any age — with Israeli identity cards were allowed to enter the Temple Mount in the Old City of Jerusalem. This, after days of rioting in which ‘worshipers’ at the Al Aqsa mosque hurled rocks stockpiled in the building at visitors and police in the area.

Jordan called the violence on the Temple Mount a ‘violation of international law’ and ‘of Jordan’s peace treaty with Israel.’

Jordanian officials scolded Ambassador Nevo about the arrests, conveniently ignoring the fact that the violence was perpetrated by Muslim Arabs. Jordan turned a blind eye to the fact that the rioters are being egged on by Islamic imams under the auspices of the Waqf – the religious Islamic Authority the administers the site. (The Waqf has a direct connection to the Jordanian government.)

Instead, Jordan accused Israel of “the entry of radical Jews, hurting the sanctity of the Al Aqsa mosque, attacks on worshipers and employees of the Jerusalem Islamic Waqf.”

Part of the job requirement to be an Israeli ambassador in Amman is that one possess the patience of Job. (Excuse the pun.) Ambassador Nevo replied that he would pass the message on to Jerusalem, according to the report by Petra.

What is not mentioned in the report is that Jordan may be attempting to absolve itself from having to deal with the issue of the Temple Mount in any future brouhaha with the Palestinian Authority or with Arab nations.

Jordan is now officially on record of having protected the sanctity of the Jerusalem site.

Lots of noise and disapproving imagery.

But the bottom line remains that the rioters were wrong, are still wrong, and will continue to be wrong in their desecration of a holy site. The Hashemite monarch – an observant Muslim of Bedouin descent – knows this. He would never tolerate such garbage. These people would have been in jail months ago.

No Arab leader would tolerate such behavior. Most would have removed them permanently.

But it serves their purpose to incite the rioters at Al Aqsa and to encourage them to continue their violence, to keep the pot simmering in Jerusalem and elsewhere throughout Israel.

Just as they did prior to every war they launched against the Jewish nation in the past.

Each time, their manipulated Arab brethren were stupid enough to swallow the bait – hook, line and sinker. They paid a heavy price for that and so did we, with rivers of blood and years of pain. Those who realized what was happening watched in complete frustration, totally helpless to do anything about it.

And it looks like it’s about to happen again.

Palestinian Authority Chairman Mahmoud Abbas is reaching the end of his productive political career, and he knows it. As corrupt, avaricious and vindictive as he has been, he has nevertheless minimized violence when he could. He knows there will be no two-state solution. It was never a viable option in any case. Nor was anyone allowed to come up with a better one, given the vicious creatures bent on terror who held power over the majority of the PA government. 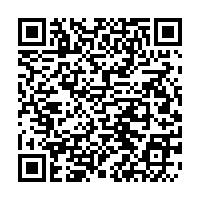