In the 1981 elections Menachem Begin’s Likud won 48 seats, compared to the Alignment (predecessor of the Labor party) under Shimon Peres, which came in second place with 47. These two parties occupied 95 seats of the Knesset’s 120. With almost eighty percent of the votes cast representing just two parties it was the closest Israel has ever come to a two-party system. In total, ten parties passed the required 1% threshold to win at least a single seat. The third largest party was the National Religious Party with six seats.


The larger parties have been troubled by their shrinking numbers. In addition, having numerous parties represented in Knesset has resulted in difficulties forming coalition governments after elections. Kadima conducted a private poll about electoral reform prior to the 2009 elections and found that most Israelis want electoral reform but disagree on the type. Kadima’s solution was to campaign on electoral reform but not disclose exactly what type of reform that would be.

There have since been many proposals for electoral reform from various parties. The goal of the proposals has typically been to reduce the number of parties and thus facilitate the coalition process. The latest measure presented came from Prime Minister Netanyahu, who established a coalition committee to discuss changing the electoral system. The main reason given for the formation of the committee was that too many small parties are bad for democracy. Netanyahu explained that since the leading party is a minority in its coalition they cannot govern properly, and steps need to be taken to change that. Among the measures being considered are raising the threshold for a party to enter Knesset, currently at 2%, to perhaps as high as 5%, or 6 seats. This would be the third time the threshold would be raised since Israel’s establishment. Eight of the current Knesset’s thirteen parties have 5 or fewer seats.

A recent poll showed that in 2009 55% of Israeli voters in the 18-35 age bracket voted for small parties. While young voters are embracing the smaller parties, those parties will likely need to merge in the event the threshold is raised. But are small parties really bad for democracy, as Netanyahu charged?

The answer lies in how you define democracy. Is Democracy a form of government in which all citizens have a representative say in the decisions that affect their lives or is democracy achieved when only large groups have that say. If you agree with the former, raising the threshold of votes required for a party to enter the Knesset would be undemocratic. According to the latter it would be undemocratic not to raise the threshold.

A common criticism of Israel’s current style of government is that nothing ever gets done. What it offers, though, is that when something does get done usually a majority of Israelis agree with it. Those who preach electoral reform feel minority groups shouldn’t have such a powerful say in a democracy. Those who oppose it feel the minorities’ representation is what makes Israel a democracy.

Will the system ever be changed? How will the new system work? We don’t know yet. Geographic voting districts could eliminate the smaller parties, but determining how to divide up those districts would raise a whole new set of issues. Electoral reform will continue to be discussed, but I expect only a small increase in the threshold. Smaller parties will probably merge and one day some might surpass the current larger parties. In the meantime, the larger parties should examine why they are losing their voters instead of forcing the smaller parties to merge. 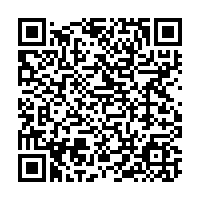