A Burning Question?
‘If Said In The Concerned Person’s Presence It’s Not Evil Speech’
(Arachin 15b)


The Rambam (Hilchos De’os 7:5) codifies this halacha and states that making derogatory or insulting remarks about another person, whether in his presence or not, constitutes lashon hara and is a grave sin.

The Kessef Mishna (op cit. 7:4 at end) questions why Rambam rules in accord with Abaya.

Only For A Constructive Purpose

Rabbenu Yona (to Bava Basra 39a) explains that Abaya actually misunderstood Rabba’s assertion. Rabba did not mean to permit saying lashon hara about an individual in his presence; insulting someone to his face is certainly a grave sin. Rather, Rabba was referring to a case in which the subject is a rasha who refuses to abandon his sinful ways.

According to Rabba, one is permitted to report a rasha’s evil behavior to others provided one is doing so for a constructive purpose. For example, one may perhaps wish to make others aware of the danger of associating with such an individual, or one may perhaps reason that informing others about the rasha will inspire him to repent out of embarrassment. By speaking about Shimon’s unacceptable behavior in his presence, Reuven demonstrates that he is doing so for legitimate reasons.

In a similar vein, Tosafos (s.v. “kol milsa d’misamra b’apei t’lasa…”) also argue that Rabba is not referring to general lashon hara. Rather, he is referring to the type of lashon hara mentioned in the Gemara above whereby one issues a statement which can have derogatory connotations but is not inherently derogatory – avak lashon hara. An example of avak lashon hara is stating that the ovens in Shimon’s home are constantly burning. This statement can be construed as an insult since it could imply that Shimon is a glutton and constantly indulging in feasts and merrymaking.

Pardon Me, I Have Need Of…

On the other hand, if someone is seeking a burning coal with which to ignite his stove, and Reuven innocently advises him to go to Shimon’s house where there are usually fires burning, Reuven cannot be accused of spreading lashon hara.

Rabba teaches that we can tell what Reuven’s motivations are by whether he would hesitate making his statement in Shimon’s presence.

Accordingly, Rambam does not rule according to Abaya against Rabba. Rather, everyone agrees that genuine lashon hara is prohibited regardless of whether or not the party who is the subject of the lashon hara is present. 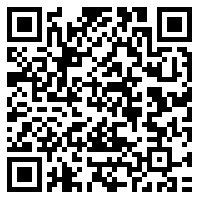