National Union MK Uri Ariel’s speech during the Jerusalem Conference this week turned a few heads. Ariel unveiled his political alternative to the peace process, calling on Israel to annex 100% of Judea and Samaria. He said that under his plan all residents, Jews and Arabs, could be granted full citizenship.

Ariel said five Israeli Prime Ministers have tried to pursue a land for peace approach, and each have failed. He declared that it was time to present the alternative to the two-state solution: the one-state solution. He went on to discuss the three main concerns of the plan: demographics, democracy and apartheid.


He stated that the demographic concern – that Arabs would outnumber Jews under such a plan – is a false scare tactic and anyone who looks at the numbers knows that. He pointed out that over the last decade the Arab birth rate has been falling and the Jewish birth rate has been rising. He added that many demographic tables leave out the annual numbers of Jewish immigrants who make aliyah.

He said Israel will remain a democratic country under the plan and will move towards a district election system. He explained that his plan would divide up the lines so Kalkilya would vote in the Kfar Saba district, Jenin would vote with Afula, and Ramallah with Jerusalem. He conceded that the Arabs would have more Knesset representation under the plan; however, it won’t be as much as most people expect. He noted that out of the 280,000 Arabs who have resident status in eastern Jerusalem, only 10,000 have accepted Israeli citizenship, of which only 3,000 voted in the last elections.

He stressed that apartheid is against Jewish values and that the plan would not lead to an apartheid state. He revealed the Arabs would get the same full services as Jews, which would include access to schools and hospitals. He said that higher education and cooperation will lead to economic growth for both sides.

He added that the citizenship process of Arabs will include a loyalty oath and passing a Hebrew test. He concluded that this plan will lead to real, true peace. 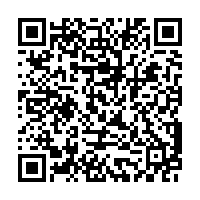