Yair Lapid gave his first public speech since entering politics. Here are some highlights from his 25 minute speech.

Yair Lapid said that until a month ago he had the best life one could ask for. Once a week he would drive 34 minutes to a television studio, put on a great suit and chat with top journalists. He made a lot of money and had an amazing amount of influence as the anchor of television’s number one news show. He said that every person he meets in the street asks him why he bothered leaving that life for politics, but he just asks himself why he didn’t enter politics sooner.


He said the country belongs not to interest groups, lobbyists, business tycoons, ultra-orthodox parties, stone throwers, or those who threaten army officers, but to law-abiding middle class army-serving citizens. He asked where the money goes. He charged that the education and medical systems are worse than they were in the last generation, and it is also harder to buy a house.

He blamed the government for favoring the ultra-orthodox over the regular Israeli. He said his party will not be Dash, HaMerkaz or Shinui- it will survive. He slammed Shas, who he claimed has the whole country twisted around its finger with 11 seats, and United Torah Judaism, who with five seats conquered the Funds Committee and controls the country’s pockets. He said the three main problems with politics are the current electoral system, the ultra-orthodox parties and corruption. He noted that 50% of the births in 2010 were ultra orthodox and Arab and if something is not done soon, no one will be serving in the army.

He said the number of municipalities needs to be lowered, funding for the police must be increased, and there must be protection of the courts and more money invested in welfare. He called for changing the electoral system – currently at a 6% electoral threshold, with the largest party automatically becoming the ruling party. He called for repealing the Tal and Nahari Laws. He also called for reducing the number of ministers in the government, making housing affordable, helping small businesses, and social justice. He concluded that, now that people know what he thinks and what he wants to do, he wants your vote. 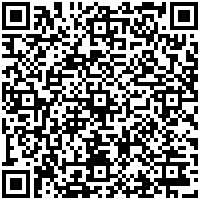