Israel’s Supreme Court voted six to three Tuesday to abolish the Tal Law, which had been the Knesset’s adaptation of Justice Tal’s recommendations to regulate the system by which Yeshiva students are absolved from military service. The court ordered that the law be nullified as of August, 2012.

Outgoing Supreme Court Chief Justice Dorit Beinisch, for whom this was her last ruling, pointed out that the High Court had held back from taking drastic steps, such as the wholesale cancellation of legal deferments to Yeshiva students. However, “the growing number of deferments calls into question just how we got to this point. The doctrine of ‘His Torah is his vocation,’ which recognized the special value of Yeshiva students, not only affected the number of service deferments, but also fed an internal processes within Haredi society. Presented with a ban on seeking work—lest they be conscripted into the Army—most Haredi men do not work for a living and poverty spreads in society. Reliance on state benefits has grown substantially. In the absence of any restriction on the number of outsiders, the number of non-serving Haredim grew rapidly.”


For the Haredi view, I called up Rabbi Israel Gelis, a Jerusalem institution, an old-time Haredi reporter, a story teller, a host of several shows on Moreshet Network and Radio Kol Hai, and a regular on Israel’s popular Reshet Bet Saturday night show Melaveh Malka.

He was all too happy to share his opinion with the Jewish Press readership.

“Many don’t really understand the meaning of the Tal Law and fail to appreciate the enormous changes it has affected,” Rabbi Gelis began. “If anyone actually expected all the Haredim to one day just storm the gates to become IDF recruits – they were, obviously, wrong. It’s a slow process.

“But since the enactment of the Tal Law, in 2002, thousands of Haredim have enlisted into the Army, be it Nahal Haredi (infantry), or Shahar Kahol (air force). My son serves in Shahar Kahol, and two sons-in-laws  in Communications and in Military Intelligence. If not for the Tal Law, I doubt this would have been possible.

“It’s very clear that the Army does not want Haredi recruits. And they keep coming up with machinations to get rid of them. It costs them too much money, they’re not prepared to make the necessary adjustments, they plain don’t want more Haredim in the Army.

“The fact is there are more than 2000 Haredi soldiers in the Nahal Division (which historically ‘belonged’ to the Zionist youth movements, with a service structure that combined military service with living on agricultural settlements in crucial, border spots.) who want to do Miluim (reserve duty) – and they aren’t called up.”

Israel TV Channel 2 ran a story last week on efforts by the Golani infantry brigade commander, Colonel Ofek Buchris, to encourage kibbutznik enlistment to his ranks, so that his unit would cease to be dominated by religious soldiers. This IDF commander actually told Channel 2 that he wants his unit “to become once again the people’s division,” but, alas, there are too many knitted kippot there to fit that bill.

Gelis continued: “Today there are religious servicemen of all stripes in high command centers, including Haredim. But if once there used to be resentment toward Haredim, now there’s fear of them.

“In the Civil Service today there are more than 25,000 Haredim. I had the heads of the Civil service on my radio show, and they provided the details of just how vast Haredi influence is becoming, from the Prime Minister’s Office down. Likewise in academia: there are more than 20 thousand Haredi students in various universities. The Open University has 600 Haredi students, 100 of them from (anti-Zionist, Ultra-Haredi) Toldos Aharon.

“You walk into any hospital, you see a ton of kippa-wearing doctors. You see attorneys with kippot. You see bus drivers with huge beards not only in Jerusalem and Bnei B’rak, but in Tel-Aviv, too.

“The secular elite is becoming afraid of this ‘infestation’ and they’re looking for ways to curb it, if not reverse it altogether. They never dreamed it would be such a massive wave. So they’ll try to mess with the Tal Law, too.

“I heard someone say yesterday that (departing Chief Justice) Beinisch did a hit-and-run with this last decision of hers. That was her last mission – kill Tal and flee the scene. Now the rest of you go knock each other in the head to come up with something better…”

And to set the record straight, Gelis quotes the late Rav Shach, who said that any yeshiva student who cheats the authorities and uses the exemption from service for anything other than real engagement in Torah study is a “rodef,” meaning someone who threatens the lives of others. 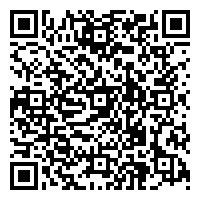