The Knesset conference on Compensation for Jewish Refugees from Arab Countries, hosted by MK Nissim Zeev (Shas), raised the profile of his cause and will lead to the creation of a Knesset caucus.


Speaker Rivlin said that a peace treaty with any of our neighbors will be impossible without the compensation of the Jews expelled during the Jewish-Arab wars. He said that the theft of Jewish money, property, and belongings can’t be tolerated and must be resolved in any signed agreement.

Vice Prime Minister Begin (Likud) used the occasion to slam Fatah. MK Lia Shemtov (Yisrael Beitenu -Y.B.) echoed Rivlin’s sentiments, saying there can be no peace with our neighbors without compensation for the Jewish refugees, adding that the compensation must be full and 100%.

MK Einat Wilf (Independence) said there are only 30,000 Arab refugees from the Jewish-Arab war, not 5 million, as the United Nations’ UNRWA claims. She said a baby born in Gaza is not a refugee. She stated the world only knows half of the story, noting there are Jewish refugees, not just Arab refugees, and stressing that any settlement must include compensation for both sides. She said there is an ethnic cleansing of Christian cities in Muslim countries because the Jewish cities were already cleansed sixty years ago. She concluded that any compensation must go both ways because there were victims on both sides of the Jewish-Arab war.

Vice-Chairman of the European Parliament’s Foreign Affairs Committee, Fiorello Provera, Italy’s outgoing Interior Minister, and a Swedish parliament member were among the European dignitaries who spoke and supported the initiative. 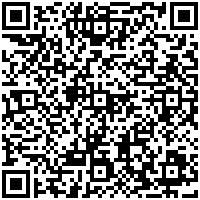