A note from the editors:

In the recipes section in the June Health and Living Magazine that appeared in the May 28 issue of the Jewish Press, a recipe had a very serious mistake. As printed, the recipe called for cheddar cheese and other milchig ingredients along with “chicken broth.” In reality, the recipe calls for mock chicken broth made from chicken consomme mix, which is a parve ingredient.


We apologize for the mistake and want to reassure our readers that The Jewish Press prints only kosher recipes and the writer is an Orthodox Jew who keeps a kosher home.

I share Ziona Greenwald’s conflicted feelings about non-stop news (“When Hard News Hits Too Hard,” op-ed, June 4). One wants to be informed and yet the onslaught of news can create a toxic mental and emotional environment in which, rather than becoming empowered to take action, one can simply feel simply overwhelmed and depressed.

We can’t turn back the clock to the days (not so long ago) when our cell phones and computers (or before we had them) were just tools of communication. The only antidote I can think of is to tune in to the counter-message that G-d truly runs the world and everything happens according to a plan – in this case, the unfolding of the future redemption with Mashiach. We only hope it will be soon.

The Truth About Word Prompt

Love your new column “Word Prompt.” It’s so nice to hear a variety of voices, including Lenny Solomon of Shlock Rock fame and articulate writers from various sectors of the Jewish world. It’s interesting that you begin with the word emes – truth – at a time when we’re constantly aware of “fake news” and faker ideologies. Your selected contributors are articulate and interesting. I hope to see many more installments of this column.

Thank You for the Tribute

I read last week’s extended article by Shmuel Landesman on the legacy of Rav Chaim of Volozhin with keen interest. I found it well-written and highly educational. I was very impressed with the writer’s extensive research.

Franklin Roosevelt was the most beloved American president, by Jews, in modern history, and was revered almost as a saint. This, in spite of the incontrovertible evidence that Roosevelt himself never expressed any particular love, admiration, or respect for Jews, and his policies before and during the war helped contribute to the death of millions of Jews in Europe. Before the war, his immigration policies and actions, such as sending the S.S. St Louis with its Jewish passengers back to Europe, doomed so many trying to escape. And during the war he never lifted a finger to help reduce the slaughter during the Holocaust.

In spite of all this, his legacy remains, and the Democratic party is still the overwhelming choice among Jews. In recent years, the same pattern is in evidence. Barack Obama was adored by Jews, despite the fact that he and his Democratic administration openly exhibited contempt and disdain for Israel and its leaders, and supported its hostile enemy Iran.

Today the Democratic party, spearheaded by the “Squad” and Bernie Sanders, has become even more hostile, as shown by their introduction of resolutions to block the sale of weapons to Israel during this crisis.

Concerning your editorial (“A Lapid/Bennett Deal Is a Prescription for Disaster,” June 4): Yes, Netanyahu has done much good, and we should say kol hakovod and thank him.

An important detail you forget to write is that, baruch Hashem, nothing happens without Hakadosh Baruch Hu, and G-d willing, good things will continue for Am Yisroel under the leadership of Naftali Bennett.

We met him years ago at an American Friends of Bnai Akiva function in New York City. He is smart, talented, warm, and to my knowledge shomer Torah u’mitzvot. He will do a good job.

He explained that his reason for going into politics was to make positive changes in Israel. On the front lines in Lebanon with his platoon under his command, there was sadly an ignorance of why we were fighting. The troops were not being properly educated in the history of the Jewish people. This was his main focus: to bring better education to Jewish youth through the school system.

Let’s support him and his efforts and G-d willing he will have success.

The End of Bibi?

Whether you accepted or disapproved of the personal life of Binyamin Netanyahu, you were always certain during his public career that he held the security of the State of Israel to be uppermost. He was willing to confront the most prominent individuals worldwide, including presidents of the U. S., when he felt that their views threatened Israel’s safety. His failed opposition to the Iran-biased nuclear pact alienated then-president Obama and many members of Congress, but he believed that his voice needed to be heard.

Certainly the proposed new government containing an Arab party will endanger the security of the Jewish state, with the Arab minority now having access to critical documents and the agenda for a secure Israel. Unfortunately, the coalition that will be formed, which could defeat Netanyahu, will be detrimental to Israel. With Netanyahu out, the international opponents of Israel will be strengthened and Iran will be the winner.

More than 500 employees of Amazon have signed a letter calling on the company to sever business contracts with the IDF.

I am writing Amazon, and I hope The Jewish Press will inform their vast readership about this monetary assault that follows the 4,500 missiles that were shot into Israel over 11 to 12 days. (Their cease-fires are worthless.)

Everyone has a choice about where to spend their money: to support Amazon, who most likely will side with these PR “victims,” or not. I think many of us should stop and think whether they want Jewish kosher money to fund their endeavor. 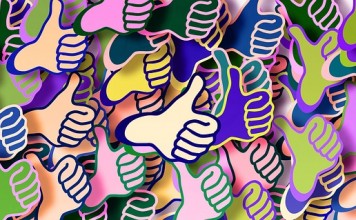