Home InDepth Letters To The Editor Letters To The Editor
Share on Facebook
Tweet on Twitter
No Citizenship For Ruth?
Sephardi Chief Rabbi Shlomo Amar seems to advocate throwing out the baby with the bath water. Jews are seriously praying for Mashiach ben David, yet Rabbi Amar (front page news story, Nov. 24) would reject giving ancestor Ruth the Convert rights of automatic citizenship.

On Nov 22, Israeli government officials said that while Kassam rocket fire was extremely painful, it did not pose a strategic threat to the country. Therefore, there would be no dramatic change in IDF operations.
I was always under the assumption the government protected the lives of all its citizens. Is Sderot part of Israel? I believe it is. Does the government’s statement mean the lives of citizens of Tel Aviv and Jerusalem are worth more than the lives of citizens of Sderot?
If there is no strategic threat to the country, and the buildings and schoolhouses in Sderot are not fortified against Kassams, why did the Knesset allocate five million NIS to fortify the Knesset building? Are the people in the Knesset worth more than the citizens of Sderot?

Reader Amy Wall (Letters, Nov. 24) writes that she was “offended by the arrogant tone” of Rabbi Yehuda Levin’s Nov. 17 op-ed piece dealing with the opposition to the gay parade in Jerusalem.
I’m amazed at Ms. Wall’s bias. The title of the op-ed said “WE” stopped the parade. Rabbi Levin referred to his activities in just two paragraphs in what was a 13-paragraph article. In one of those he mentioned Jerusalem councilwoman Mina Fenton’s activities as well. Ms. Fenton would be the first to inform Ms. Wall of her respect for Rabbi Levin, an American who made nine trips to Israel in three years to help jump-start opposition to the parade.
Perhaps Ms. Wall didn’t get to the third paragraph, which Rabbi Levin began with the following words: “But the people who really made the parade not happen were a few hundred teenagers disenchanted with the continuing spiritual rape of Jerusalem.”
Arrogant tone, Ms. Wall?

With all the squabbling over to who should get the credit for the cancellation of Jerusalem’s gay parade, we’re missing one important factor. Although everyone who helped in any way had a hand, The Jewish Press deserves a lot of credit for publishing a number of op-eds, editorials and letters protesting the scheduled event.
My hat is off to The Jewish Press.

I agree wholeheartedly with Rabbi Harry Maryles’s defense of blogs (“Time for Agudah to Widen the Tent,” op-ed, Nov. 17).
While the blogosphere has many malicious individuals who are determined to spread lashon hara, divide the community and break our faith, there are also plenty of observant bloggers who spread Torah, defend Israel, and uphold the honor of our people. Rabbinic condemnations of blogs will not make them go away – many bloggers are either anonymous or refuse to accept rabbinic authority.
Agudath Israel should step up to the gossipers by fighting fire with fire. I hope that in the near future Orthodox organizations will promote blogging as a tool of self-defense by using blogs to highlight the positive deeds, ideas, and image of the Torah-observant community.

Sympathy For Neturei Karta? (I)

Unfortunately, Reader Chana Ravinsky (Letters, Nov. 17) is na?ve and gullible to fall for Neturei Karta. Neither Rabbi Michoel Ber Weissmandl, zt”l, nor the Satmar Rebbe, zt”l, would have agreed to the massive chillel Hashem of embracing and marching with our Arab enemies. It’s one thing to be anti-Zionist, quite another to be pro-Arab.

I’ve heard a tape of the Satmar Rebbe crying bitter tears for the Israeli soldiers who died in the Six-Day War. He sobbed, “Oy vey – der Yiddesher neshomas.”
Chazal say about Jews like those who join Neturei Karta: “Oser l’rachem al mi sh’ein bo deah” – It’s prohibited to have pity or mercy on those who lack basic common sense and knowledge to know what’s right or wrong.

Sympathy For Neturei Karta? (II)
Ms. Rovinsky’s whitewash of Neturei Karta’s association “to some extent with Muslims” is either na?ve or malicious, but either way disgusting. Neturei Karta fraternizes with leaders of Hamas, Hizbullah, the Palestinian Authority, and the government of Iran, all of whom seek to kill Jews or, at the very least, oppress us. So when Ms. Rovinsky claims to support that movement, she’s jumping in with a bunch of misguided fools who support the murder of their fellow Jews.
I am closely related to many chassidim who qualify as anti-Zionist. Despite my “modern” ways and IDF veteran status, I am warmly embraced by this side of my family and have spent many a Shabbos and Yom Tov with them. These chassidim also recoil at the thought of associating with the murderers of Jews. And during the darkest days of the “disengagement” last year, many of my relatives, while being ideologically opposed to the Jewish state, expressed the deepest sympathy with the Jews of Gush Katif.
Ms. Rovinsky was undoubtedly hypnotized by Neturei Karta’s propaganda, which self-servingly twists the Torah in ways that would do Noam Chomsky proud. I have a hard time believing that the seforim and gedolim Neturei Karta likes to quote would advocate holding love-fests with terrorists and murderers of Jews. She should take the time to read the sefer Eim Habanim Smeichah by R’ Yissachar Shlomo Teichtal (Hy”d) and step back from sympathizing with those who give aid, comfort, and material support to the enemies of the Jewish people.

Responds To Readers, Round II

Evidently, if one disagrees with Dr. Medoff and the Wyman Institute, one isipso facto guilty of distortion. As the Talmud teaches, one is judged by the company one keeps.

I do not agree with Dr. Medoff’s and the Wyman Institute’s portrayal of FDR’s record and the record of the Greatest Jewish Generation who fought the Nazis with guns, not words, and defeated them.
Dr. Medoff wants readers to believe the unbelievable – namely, that a major organization, the World Jewish Congress (WJC), was actually in favor of the bombing of Auschwitz when the organization’s chief spokesman on the issue, and the head of its Rescue Department, Leon Kubowitski, wrote numerous letters to the government decision-makers opposing the bombing and no letter from the WJC exists to those same officials (John Pehle, director of the War Refugee Board and John McCloy, assistant secretary of war) in favor of the bombing.
The WJC, like any organization, had a governing body and an executive committee. Obviously Kubowitski wrote Pehle and McCloy representing the organization’s position. He was the point man for the WJC on the rescue of European Jewry. When, on November 26, 1944, he spoke at the War Emergency Conference of the WJC, he made no mention of bombing Auschwitz. Committee minutes, resolutions, letters, publication, reports – none reflect a WJC policy in favor of bombing Auschwitz.
Dr. Medoff keeps repeating that Nahum Goldmann wrote a letter on July 3, 1944 to Jan Masaryk telling him that “we have discussed” the bombing of the death camps. This letter does exist. But it proves nothing. Kubowitski wrote John McCloy on August 30 that “we [meaning the WJC] did not ask for the destruction of the death installations by bombing from the air.” Ernest Frischer wrote the WJC on September 15, 1944 complaining about the organization’s well-known policy against the bombing. Try as he may, Dr. Medoff cannot force a square peg into a round hole.
But set the WJC aside for a minute. I said in my last letter (Nov. 10) regarding Dr. Medoff’s and Dr. David Wyman’s contention that American Jews favored the bombing, that a meeting was held on August 16, 1944 with the staff of the War Refugee Board and the American Jewish Committee, Vaad Ha-Hazalah, the Jewish Labor Committee, the WJC (represented by Kubowitski) and the American Jewish Conference (representing B’nai B’rith, the Central Conference of American Rabbis, Hadassah, the Jewish War Veterans, the National Council of Jewish Women, sisterhoods, brotherhoods, the Zionist Organization, Orthodox, Reform councils and unions among many others).
Dr. Medoff ignored this meeting because he cannot explain it away. The minutes state “that [according to Pehle] a proposal to bomb the facilities had been objected to by Jewish organizations because it would result in the extermination of large numbers of Jews there.” No document from this meeting reflects any disagreement whatsoever with this position as there was none.
American Jewry almost unanimously thought bombing Auschwitz was a bad idea. Had the Jewish Agency Executive in Palestine disagreed and changed its position against the bombing of Auschwitz, as argued by Dr. Medoff, (the vote in June 1944 was 11 to 1 against the bombing) the JAE certainly would have lobbied American Jewish organizations to speak up at the August 16 meeting. It did not do so.
Now, in retrospect, the bombing appears to some people to be a good idea. It certainly allows us to vent our anger. Rabbi Robert Shechter says he thinks the bombing was “obligatory.” That is easy to say sixty years later, when no human lives depend on his opinion. But rabbis who were alive, and who would have had the blood of innocent Jews on their hands, when Allied victory appeared near, overwhelmingly disagreed with that view.
Harry Eisenberg claims that FDR “gave strict orders” not to bomb Auschwitz and he was asked what his policy was “time and again.” No evidence for this statement exists. I doubt that FDR was ever asked about bombing Auschwitz, because no American Jewish leader or organization of any consequence thought it should be done and none came to him with the idea.
But we are making progress. Mr. Eisenberg agrees that the passengers on the S.S. St. Louis did not return to Germany. Next he may take pleasure in contemplating that it was the Roosevelt administration and the leaders of American Jewry who saved those Jewish passengers in June 1939 from returning to Nazi Germany.
The Roosevelt critics remind me of an old rural South Carolina judge who used to say, “Don’t confuse me with the facts. My mind is made up.” 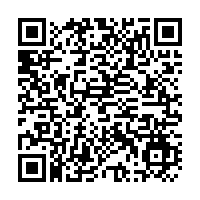