Home InDepth Letters To The Editor Letters To The Editor
Share on Facebook
Tweet on Twitter
In Praise Of Marc Shapiro (I)
I thoroughly enjoyed Elliot Resnick’s interview with Professor Marc Shapiro (“Things Once Taken For Granted Are Now Considered Unacceptable,” April 27). It’s a real credit to The Jewish Press that the article ran at all, which is a sad commentary on the state of Orthodoxy today and the fearful, obscurantist mentality of the other Orthodox publications out there.
The reason an outspoken Orthodox intellectual like Marc Shapiro is considered persona non grata in certain circles is that he isn’t afraid to point out uncomfortable truths and to shine the light of history on troubling developments in Orthodox life that have come to be viewed, wrongly, as somehow a natural progression from the Orthodoxy of our fathers and grandfathers.

(Via E-Mail)
In Praise Of Marc Shapiro (II)
Having read the interview with Professor Shapiro, I have renewed hope that sanity can again emerge in Orthodox life. I can’t wait to read his next book.

(Via E-Mail)
Shapiro On Glatt
Re Marc Shapiro’s reference to how glatt became the accepted standard among Orthodox Jews:
I’m old enough to remember that in the 1960’s a brand like Hebrew National advertised in Orthodox publications, and as recently as the 1970’s Torah luminaries like Rav Pinchus Teitz, zt”l, decried the claim that non-glatt was somehow unacceptable for frum Jews.
Professor Shapiro was spot-on with his observation that “it’s very unusual for a tradition that regards itself as following the past to reject what previous standards were.” So much of what I see practiced in right-wing yeshiva circles is predicated on a rejection of the Orthodoxy that was perfectly acceptable to the rabbonim of thirty and forty years ago. That’s a proper mesorah?

New York, NY
Football To Frumkeit
I had the pleasure of meeting former NFL player and now Orthodox Jew Alan Veingrad (“From the Super Bowl to the Shabbos Table,” April 20) when he spoke at Chabad of East Boca Raton on a Friday night in 2005. I am a very big football fan and an observant Jew, so the experience was a big treat for me.
Mr. Veingrad was a bit surprised when I told him I was such a devout (female) football fan that I actually owned a college football playbook and read it in my house.
I remember that Mr. Veingrad talked about how much more satisfaction he got from the Torah way of life than from life in the NFL. I can understand this because Penn State Coach Joe Paterno and Oklahoma Coach Tom Osborne talk about the runaway divorce rate among pro football players. In addition, many players are seriously injured during their time in the NFL.
In contrast, the Torah way of life provides a spiritual path of healing and satisfaction that comes from following an ancient connection to Hashem and the fulfillment of mitzvot like Shabbos, kashrut, and Torah study. Judaism provides the spiritual and intellectual nourishment and the family life that are lacking in professional sports.
Thanks for the wonderful portrait of Mr. Veingrad. It brought back a memorable and uplifting spiritual experience.

We just wanted to let you know how much we look forward to Dr. Yitzchok Levine’s monthly “Glimpses Into American Jewish History” columns as well as his longer front-page essay articles.
Dr. Levine manages to pack so much interesting historical material into his articles and he does so in manner that, while scholarly, is easily accessible to non-scholars.

I read with great interest Rabbi Meir Goldberg’s op-ed article (“Encouraging Trends in Campus Kiruv“) in the May 2 issue. It is wonderful to see the Orthodox community recognizing that college campuses are filled with Jews waiting to be engaged, as well as Orthodox students in need of chizuk. But when Rabbi Goldberg writes “Approximately ten years ago things started to change,” I believe he is greatly mistaken, particularly with regard to Rutgers University, where he directs his programming.
First, to ignore the work over the years of many Orthodox rabbis and professionals in Hillel Foundations as well as Chabad Houses is simply unfair. During my time as a Rutgers student, during the mid-1990’s, Rutgers Hillel was led by Rabbi David Gutterman, a musmach of YU and Mir, who attracted students from Orthodox day schools while inspiring many students from non-Orthodox backgrounds like myself to increase their observance.
Second, the Partners In Torah program, with members of the Lakewood Yeshiva community, was active in the Rutgers community at least since 1993 in partnership with Hillel. I’m proud to say I participated in that program as well. My chevrusa and I learned many things together, and he has been a close friend and supporter during my path to observance. In fact, I recently attended the bar mitzvah of his son, who was born just before we began learning together.
Finally, the work of the Jewish Learning Initiative, a joint program of the OU and Hillel International, should not be underestimated. This program, headed by Rabbi Ilan Haber and one of my teachers, Rabbi Menachem Schrader of Yeshivat Hamivtar in Efrat, has placed rabbinic couples on at least 10 campuses nationwide, including Rutgers, serving to strengthen the Torah atmosphere for Orthodox students and engaging many non-Orthodox Jewish students as well.
I had the pleasure of meeting Rav Beryl Gershenfeld many years ago, and I have no doubt that the programs of the Maimonides fellowship have had tremendous success at Rutgers and across the country. I believe it is important for the greater Orthodox community to be aware of all of the different programs that continue to do incredible work on college campuses nationwide.
To suggest, however, that campus kiruv was virtually non-existent 10 years ago is simply misleading. I hope the Orthodox community will continue to support the important work of all of these organizations as well as encourage these organizations to work in partnership rather than in opposition in order to maximize the effect they can have on campuses.

Rabbi Meir Goldberg writes of a nascent movement in campus kiruv emanating from the yeshivish world. This is of course welcome news, all the more so if it is the harbinger of a serious shift in yeshivish priorities. One can only welcome serious outreach efforts to disenfranchised Jews, especially on those college campuses where such programs do not yet exist.
However, Rabbi Goldberg does himself and the reader a disservice by turning history on its head and declaring that “kiruv in its early stages was performed mostly by Torah Umesorah and NCSY.” Kiruv in the United States originated with the Lubavitcher Rebbe, ob”m, who actively bucked the anti-kiruv sentiment that was nearly universal in the yeshivish world until quite recently.
Indeed, to this very day kiruv is barely emphasized in major bastions of Torah learning such as Lakewood.

Rabbi Goldberg presents Torah Umesorah (founded 1944) and NCSY (founded 1954) as the founders of outreach in America, while including Chabad with Aish HaTorah (founded 1974) and Ohr Somayach (founded 1970).
The truth is that Chabad began its outreach work when the previous Lubavitcher Rebbe arrived in America in 1941, sending emissaries to many big cities where they founded big Jewish day schools. This was at the same time that Torah Umesorah was founded, if not before. Chabad expanded its outreach activities to such an extent that it became widely known as the pioneer of Jewish outreach.
Rabbi Goldberg continues: “The one area that had been severely neglected, however, was outreach on college campuses. The father of college kiruv was and is Rabbi Avrohom Jackobavitz, who created JAAM – Jewish Awareness America – on the campuses of University of Michigan and Michigan State.”
Although I do agree that college campuses were underserved in the 60’s and 70’s, and that Rabbi Jackobavitz does great work, Chabad already had its first campus shliach at UCLA in the 60’s, and many more in the 70’s, including Rabbi Goldstein, shliach at the University of Michigan in 1975.
It would be inappropriate to say that “The father of college kiruv was and is Rabbi Avrohom Jackobavitz” when the University of Michigan had a shliach long before Rabbi Jackobavitz began working there.
Chabad has recently expanded its permanent campus Student Centers to close to 200 campuses, while offering varied activities at an additional 150 universities.

(Via E-Mail)
Rabbi Goldberg Responds: Some readers were offended that the work of Chabad was seemingly slighted in my article. Indeed, Chabad opened at Brandeis in 1949. Let me try to explain where I was coming from.
In most non-Chabad communities, when we speak of kiruv we are not usually referring to Chabad. Not because we disrespect Chabad, or because we don’t recognize Chabad’s tremendous achievements, but rather because what Chabad does and what other organizations do are very different.
It is beyond the purview of this response to explain the differences in motivation and approach of Chabad rabbis as opposed to non-Chabad rabbis; suffice it to say that Chabad does not call its outreach efforts “kiruv” but specifically “shlichus.” (Those who would like me to explain the difference are welcome to e-mail me at mgoldberg@rutgersjx.com.)
Though I made a passing acknowledgment in my article to Chabad, I should have made it clear that I was concentrating mainly on non-Chabad kiruv organizations. I should have written that Chabad deserves a separate article due to its tremendous accomplishments on and off campus.
If I offended anyone by omitting Chabad, I am profoundly sorry.
Hillel, while it does tremendous work on campus, is non-denominational. Some Hillel rabbis do involve themselves in kiruv, but that is not, by and large, their mission. I wasn’t looking to minimize their contribution. Here at Rutgers, the Maimonides Program is run inside the Hillel House, as is often the case nationwide. Our organization, the Rutgers Jewish Xperience, has an excellent relationship with the Hillel here, as is true on many other campuses.

While non-Chabad campus kiruv did exist years ago (as in the case of the Lakewood chevrusa program at Rutgers), it certainly did not do so on a large scale. A once-a-week chevrusa program, as important as it was, simply cannot compare to the full-time kiruv initiatives now occurring on campuses across the country.

Can You Really Become as Great as Moshe Rabbeinu? 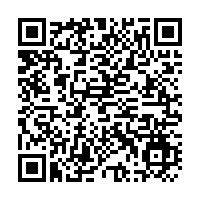