Can Hagel Be Stopped?

The playing field must not be left to Chuck Hagel’s ardent defenders, a coterie of the usual suspects who seek to deflect legitimate criticism by portraying him as a victim of the “Jewish Lobby.”

While the odds undoubtedly favor Senate confirmation, it can still be stopped. Hagel’s nomination must first be voted out by the Senate Armed Services Committee. Its membership is comprised of fourteen Democrats and twelve Republicans. Were just one Democrat to align with the Republicans in opposition, the tie vote would block the nomination from going to the full Senate.

Significantly, New York Senator Kirsten Gillibrand is a member of that committee. Her office (www.gillibrand.senate.gov/contact) is the most important place to direct opposition to Hagel’s confirmation. Not only would a Defense Secretary Hagel be bad for Israel, he would be bad for America as well.

Reform vs. AIPAC (I)

The Palestinians acted in what they perceived as their own interests, something they are certainly entitled to do as a general proposition. But it also flies in the face of a whole host of UN resolutions, in particular 242, which ended the 1967 war and the Oslo Accords. Israel has a right to be able to rely on both.

The Reform movement is doing nothing less than papering over these serious breaches. It will only encourage the Palestinians to abandon previous agreements and seek ever greater leverage.

It is unfortunate, but the sad truth is that AIPAC’s hard-line, Likud-leaning advocacy really does not reflect the views of most American Jews.

Most Jews in this country are ardent liberals on both domestic and foreign policy, and their views are much closer to those of President Obama and J Street than they are to Netanyahu and AIPAC.

The old adage that there is nothing certain in politics is being proven once again in the current election campaign in Israel (“Despite Big Lead in Polls, Bibi’s List Shows Slippage,” news story, Jan. 4).

Who would have thought that a high-riding and confident incumbent prime minister like Benjamin Netanyahu would show signs of weakness at such a crucial point in his reelection campaign? Unfortunately, this will only encourage the Palestinians in their recalcitrance in the hope that a weaker leader is in the offing – either a chastened Netanyahu or, eventually if not immediately, someone new with diminished expectations for Israel.

History At The Great Synagogue

I think I recently made history at The Jerusalem Great Synagogue. For three Shabbatot in a row, I received the aliyah of kohen.

The first Shabbat I received the aliyah as the former mara d’atra of the Melbourne, Australia Mizrachi kehillah. The second Shabbat, the internationally known philanthropist Jack Nagle from Los Angles, California – a congregant from when I served as rav of Congregation Shaarai Tefila – told the gabbai to honor me with the aliyah of kohen. And the third Shabbat, the crowd was smaller than usual – since the chazzan and choir were not performing – and I, to my surprise and shock, was the only kohen in shul.

Even longtime worshippers could not recall the last time a kohen received an aliyah three Shabbatot in a row. I may well have been the first.

In his Jan. 11 “Expounding the Torah” column, Rabbi Abraham Stone pointed out that the word Mitzrayim (Egypt) is related to the word metzorim (boundaries.) He says that “one of the reasons we mention the exodus every day in prayer is because the exodus in a spiritual sense is supposed to be a daily occurrence.” He goes on to say that “people feel various boundaries every single day, and every day we should seek to free ourselves from our boundaries…” 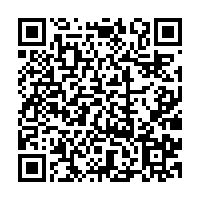