Prof. Jerold Auerbach’s historical analysis in his brilliant July 26 front-page essay (“Divided Loyalty, Again?”) details the soul-searching dilemmas many prominent Jews experienced over fear of being perceived as harboring dual loyalties during the time the Holocaust was raging in Europe.


Rabbi Stephen Wise’s enabling of FDR’s failure to respond to Jewish need is detailed extensively. However, it is Auerbach’s conclusion that is most heartrending:

“Nearly seventy years after the end of World War II and the birth of Israel, American Jewish liberals still show little regard for the timeless biblical admonition (Devarim 25): ‘Zachor – Remember what Amalek did to you.’”

I take strong issue with your mocking tone when discussing Secretary of State Kerry’s efforts to reconvene peace negotiations between Israel and the Palestinian Authority (“John Kerry’s Smoke and Mirrors,” editorial, July 26).

Kerry should be encouraged, not ridiculed. I happen to agree with him that Israel as a Jewish state faces an existential threat from the demographics of Palestinian-Arab population growth and that a peace agreement between Israel and its Arab neighbors is in Israel’s national interest.

But even if I didn’t agree with him, I would never mock someone who sincerely is trying to help Israel. At least I have not heard anyone on the Loony Right accuse him of being a closet Muslim. By the way, that purported closet Muslim in the Oval Office has provided more modern weapons to Israel than any other U.S. president.

In that regard, I do appreciate the fact that The Jewish Press, despite its strong criticism of various aspects of President Obama’s polices, has never descended into the gutter of racism and conspiracy theories embraced by an embarrassingly large number of Orthodox Jews whose hatred of Obama defies reason.

Moreover, the Palestinians never controlled East Jerusalem. Jordan took control of East Jerusalem in 1948 but held it only for nineteen years, whereas Israel has controlled Eastern Jerusalem since 1967, much more than twice the time Jordan did. Yet people still seem to have a problem identifying Jerusalem with Israel.

The decision of the Israeli Cabinet to release Arab terrorists with Jewish blood on their hands is immoral and an insult to the memories of their victims who were murdered in cold blood.

It is appalling as it opens the door for more terrorists to be released without any specific reciprocity and makes a complete farce of the Israeli judicial system and, inter alia, that of judicial process anywhere in the free world.

Originally the Jewish people provided the world with a set of moral and ethical guidelines that Jews adhered to for millennia. These have now been overthrown by outside pressure on Israel to capitulate. Is this the price Israel had to pay for a seat at the negotiating table? If it is, what did the PA/PLO have to pay for its ticket?

It is time for Israel to adopt capital punishment for terrorists.

How refreshing to read Rabbi Yaakov Rosenblatt’s July 19 op-ed “On Orthodox Insularity.” Yes, we have indeed become insular – to the point, as Rabbi Rosenblatt writes, that non-Jews have no idea what our buildings represent.

One other point, relating specifically to Jews who walk by such buildings and what the Hebrew-only messages convey. For those without a yeshiva background or a knowledge of Hebrew, not being able to understand what the sign says is one more painful reminder of the education they missed and that they are somehow “different” from Jews who received a religious education. The message, perhaps unintended, is that the Jew who can’t read the sign is not really welcome, certainly not invited. 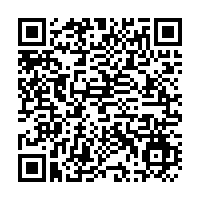