Since July 3, Gen. Abdul-Fattah al-Sisi has made it clear who runs Egypt: he does. He faces two great challenges. One is the Islamist element, spoiling for a fight to take back the power it so recently lost. The other, my focus here, is the economy.

The country once famous as the “breadbasket of the Nile” now imports something like 70 percent of its food. To make matters worse, decreasing income could mean that the money will just not be there – other than gifts from Saudi Arabia and other governments – to fend off starvation. Plus, the prospect looms of severe cuts in the country’s Nile water allotment. What to do?

There is only one choice if Egypt is to break the bonds of poverty: pull the military out of the economy. As detailed by Shana Marshall and Joshua Stacher for MERIP and Nimrod Raphaeli for MEMRI, what’s sometimes known as “Military, Inc.” controls somewhere between 25 and 40 percent of the economy. Its products

The military has grown so large because of preferential tax treatment, subsidized labor, an extra-legal status, old-boy networks, and many other privileges. As can be imagined, its enterprises run along socialistic lines and are steeped in nepotism and baroque forms of corruption.

Egypt’s economy can only take off if Sisi has the courage to tell his colleagues that the gig is up, that the armed forces are leaving the macaroni and other businesses so that Egyptians can build a proper economy. I can’t imagine he will do this of his own accord, for officers have become accustomed to the good life, with plenty of money and an abundance of free servants.

Hammering at this message is one of the more important actions that foreign governments can take when meeting with Sisi and the military leadership. 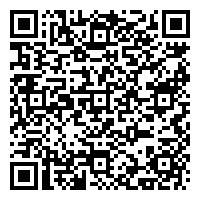