A century ago, on August 1, 1914, World War I broke out. The date in the Jewish calendar was Tisha B’Av, the annual fast day marking destruction of both the first and second Temples in Jerusalem as well as other Jewish national calamities. No one could have forecast the horrific conflagration that eventually took over 16 million lives and devastated great swaths of Europe.

Officially, hostilities ended on November 11, 1918. But they weren’t yet over. The economic and political malaise the war caused in Russia provoked the 1917 revolution, soon followed by the Bolshevik October Revolution that toppled the czar. The Soviet state took over, a cruel dictatorship that over the next 70-plus years terrorized its citizens and murdered at least 20 million of them, brutally incarcerating and torturing many millions more.

Following World War I, civil war broke out between the Soviet Red Army and pro-czarist forces joined by marauding bands that together massacred as many as 100,000 Jews in Ukraine. The civil war lasted until 1921. Simultaneously, war broke out with newly independent Poland, which fought to gain territory that once belonged to pre-partition Poland back in the 18th century.

After the war, the huge Austro-Hungarian Empire ceased to exist, divided now into several states, with much territory annexed to neighboring states. Vanquished Germany also lost territory to the new Poland, and was deprived of all foreign colonies.

So demoralized were Germans by the combination of ignominious defeat, humiliating peace terms, and economic collapse that they became easy pickings for the scapegoat-seeking ideology of the Nazi party, which blamed the Jews for the world’s problems and would, once in power, unleash a conflagration far more horrific than the First World War.

Meanwhile, World War I had sown chaos throughout the centuries-old Jewish communities of Eastern Europe. Many Jews fled or were forced to evacuate the war-zones; most chassidic courts of Galicia (the Austro-Hungarian part of Poland), for example, now relocated, at least temporarily, to Vienna.

The Russian commander-in-chief, the czar’s uncle, sought a scapegoat for Russian defeats and accused the Jews – who spoke Yiddish, closely related to German – of being a fifth column favoring Germany. Accordingly he expelled millions of Jews who lived close to the war zones – in Lithuania, Latvia, Russian regions of Poland, western White Russia and Ukraine – forcing them to find refuge deeper within Russia.

The evacuations and hostilities wrought havoc on the traditional Torah education system, and boys and young men now often grew up in a spiritual vacuum. Of course, for much of the previous century, the secularist Haskalah movement had already made serious inroads in Jewish communities throughout Eastern Europe, its influence constantly growing. But now the situation was exacerbated. Even after hostilities ended, it was already too late to revive many young people’s loyalty to Yiddishkeit, which was replaced by the spread of attractive secular ideologies.

As the new regime consolidated its hold on the Soviet Union, most public expressions of religion, including Torah schools, were banned. Russia had long been the world’s greatest fortress of Torah Judaism, but now Yiddishkeit was forced underground. Before long, most Jewish youth there were weaned from loyalty to their religion, although the deeply engrained anti-Semitism of their neighbors served to remind them of their Jewish roots.

Meanwhile, most Jews who had emigrated to Western Europe and North America, although not persecuted, cast off religious observance. Even those who remained faithful usually did so by making compromises.

The situation in Germany deteriorated and the Nazis came to power in 1933. Immediately they instituted official anti-Jewish persecution, which intensified year by year. Everyone realized this would soon spread throughout Europe; it was only a question of time. 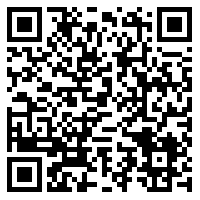