Unsubscribing To The NY Times (I)

In “Why I’m Unsubscribing to The New York Times” (op-ed, Sept. 5), Richard Block explained why he is canceling his subscription to that newspaper.


Excuse me, but where has he been? The Times’s incredible bias against Israel during the recent war against Hamas terrorism was but its latest such journalistic outrage against the Jewish state. This viciously slanted coverage of Israel and the Middle East has been going on for a very long time. I ended my subscription years ago, as did a considerable number of other fed-up Jews.

Block identifies himself as “a lifelong Democrat, a political liberal, a Reform rabbi.” Does “lifelong” mean what it sounds like? Would he vote for the Democrat in every single race, every single time? My parents, of blessed memory, taught my sister and me to “vote for the best man.” If asked, I’m sure they would have identified themselves as Democrats, but today, many years later, there’s been a sea change in how we as Jews should be voting.

When the majority of delegates at the 2012 Democratic National Convention signaled by a voice vote their desire to remove references in the party’s platform about faith in God and Jerusalem as Israel’s capital, didn’t that ring any bells for Rabbi Block a Jew and a supporter of Israel?

Unsubscribing To The NY Times (II)

While I’m sure that Richard Block means well and has Israel’s best interests at heart, I wonder how an obviously intelligent and well informed person could have failed to recognize the Times’s blatant anti-Israel bias long before the recent Gaza war.

Organizations like CAMERA and Honest Reporting and Media Research Center and writers like Commentary’s Jonathan Tobin and The Jewish Press’s own Jason Maoz have been dissecting the Times’s biased coverage of Israel for years and years. Correspondents and bureau chiefs come and go but the Times’s skewed coverage continues; current bureau chief Jodi Rudoren is only the latest – albeit one of the worst – in a long line of Times reporters whose stories almost always reflect the Palestinian narrative.

Whenever I read about Pastor John Hagee (“I Knew I Wanted to Help the Jewish People” interview, Sept. 5) I can’t help but compare his fearless and outspoken advocacy on behalf of Israel with the generally timid and apologetic tone of our so-called Jewish leaders.

Forget about the secularized and assimilated Jewish leaders at the countless do-nothing Jewish organizations – what can you expect from them, after all? But how about our Orthodox leaders, lay and rabbinic? When was the last time you heard a rabbi speak in forceful terms, unafraid of quoting the Bible, in the mainstream media concerning the Jewish people’s relationship with God and their ownership of the Holy Land?

Hagee refuses to be deterred by physical threats and by the scorn of the media and academia. If only we had Jewish leaders like Hagee who would speak the truth plainly and clearly. Instead we have timid souls who are more comfortable resorting to lawyerly “on the one hand, on the other hand” equivocations.

The Aug. 22 op-ed column “A Pundit’s Prophetic Words” by Jason Maoz, which focused on a 1998 essay by Charles Krauthammer titled “The Coming Palestinian State,” reminded me of something in Yehuda Avner’s 2010 book The Prime Ministers (Toby Press).

It’s note 54 at the end of page 706, and it’s Rabin’s response when Avner, who had just returned to Israel after serving as ambassador to Australia, questioned him about the handshake with Arafat at the Oslo Accords ceremony at the White House in 1993. 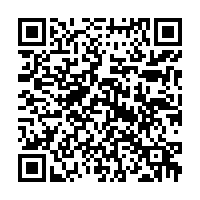