A mob of rioting Arabs attacked Israeli soldiers Wednesday near Ramallah following the funeral of a Hamas terrorist killed overnight in Samaria.

Hundreds of Arabs hurled rocks at the soldiers following the funeral of 22-year-old Issa al-Qitri; he was one of about 50 Arabs who attacked Israeli soldiers the night before in an attempt to prevent IDF troops from arresting a Hamas operative.


The Arabs hurled rocks and firebombs (Molotov cocktails), and rolled burning tires at the soldiers, according to the IDF Spokesperson. Soldiers opened fire and hit a rioter who hurled an explosive device at the troops, the IDF Spokesperson’s Unit said. Al-Qitri later died of the gunshot wounds. Seven others were arrested.

The IDF soldiers continued with their task following the exchange late Tuesday night and proceeded to the home of the Hamas terrorist and arrested him. While searching the home they found and confiscated a significant amount of ammunition and several firearms.

During the day on Wednesday six Arab fugitives were arrested, including four suspects who were wanted for participating in previous riots and attacks on Israeli civilians and security personnel, the IDF said. Two were members of the Hamas terrorist organization. Arrests were made in Ramallah, Kalandia, Sair and Shukba. 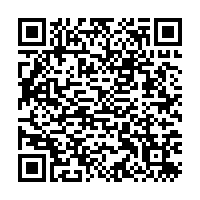