I marvel at your naiveté regarding the Linda Sarsour controversy (“The Silence Over Sarsour, editorial, Nov. 6).


Why is it that you cannot understand that Islam is part of the new political correctness and deference to its excesses has become de rigueur, especially in a “progressive“ city like New York?

Of course even indirectly encouraging children to put themselves in harm’s way should disqualify one from getting anywhere close to public grants.

To be sure, Ms. Sarsour is entitled to her full measure of freedom of expression. But the public treasury should not, in my view, even indirectly subsidize the work of someone who expresses herself in such an irresponsible manner.

Three cheers to New York City Councilman Rory Lancman for publicly taking on Linda Sarsour. We will make no progress in living together with others if children are told it’s OK to attack another human being because he is different or holds different views.

I fear we will now have to come to grips with the reality that Iran really has emerged as a major power on the international scene. The mere possibility – if not the outright probability – that Iran will eventually produce nuclear weapons has already had the dramatic effect you described.

I, for one, was not at all surprised that Secretary of State Kerry had done an about-face and included Iran in international efforts to resolve world problems. I believe this development is what President Obama had in mind all along. Early in his first term, didn’t he declare his intention to reach out to Iran and other countries like Russia and China in penance for past American policies?

More Qualities For A Rabbi

I appreciated Harvey Rachlin’s Nov. 6 front-page essay “Qualities I Look for in a Rabbi.” Since Orthodox Jews are living today in a highly technological, complex society where they are a small minority among non-Orthodox Jews and non-Jews, I would like to add several more qualities for an Orthodox rabbi:

* If a congregant suffers from an addiction, such as to drugs, alcohol or gambling, a rabbi must know how to help him or find for him a psychologist or psychiatrist to consult. A rabbi must try to stop the corrupt culture of “the street,” such as the Kardashians and reality TV shows, from influencing children.

* Unlike centuries ago when premature death was pervasive, the death of an infant today is uncommon, but still a rabbi must be able to help people cope with it, or with a baby born with severe disabilities, Heaven forbid. How does one reconcile a loving God with the occurrence of terrible tragedies?

* Since Darwin’s theory of evolution and accounts of cosmology that leave little or no room for a Creator are widely accepted and in fact dominate the scientific discourse, a rabbi must know how to relate them to the account of Creation in the Torah.

* A rabbi must be forceful in explaining why Orthodoxy and not, say, Reform is true Judaism. It is so much more difficult to be an Orthodox Jew and observe the minutiae of halacha than it is to ascribe to the Reform movement, which has reduced all of the Torah to a pursuit of social justice, particularly the concept of Tikkun Olam.

* This is a taboo topic in many circles, but there are rabbinic teachings regarding non-Jews that are problematic to the modern mind. A rabbi needs to know how to reconcile the universalistic concepts of Judaism with the more particularistic, especially when dealing with younger congregants who’ve been raised in a pluralistic and egalitarian society.

Let’s celebrate Restaurant Week all year long. In these difficult economic times, it is especially important to patronize your local neighborhood restaurant.

My wife and I don’t mind occasionally paying a little more to help our local businesses survive. Don’t forget your cook and server at your favorite local neighborhood restaurant. We try to tip 20 percent against the total bill including taxes. If it is an odd amount, we round up to the next dollar. If we can afford to eat out, we can afford an extra dollar tip. When ordering takeout, we always leave a dollar or two for the waiter or cook. It is appreciated.

Remember, these people are our neighbors. Our local entrepreneurs have continued to create new employment opportunities without the assistance of federally funded taxpayers’ stimulus dollars. They work long hours, pay taxes, and provide local employment, especially to students during the summer.

And please join me in supporting The Jewish Press by patronizing its advertisers. Let them know you saw their ad.

A Sept. 18 op-ed article was headlined “Do Catskill Jewish Lives Matter?” I have no doubt that there is anti-Semitism in the Catskills. It is also clear that Orthodox Jews contribute much to the economy of Sullivan County.

But I have no doubt that some, maybe only a small percentage, of Orthodox Jews do things during the summer that antagonize their neighbors and that are clearly a chillul Hashem.

One doesn’t need to wait until the summer or head up to the Catskills. Stand on Avenue J in Brooklyn and just watch. The illegal turns, the double-parking, the U turns, the blocking of traffic in front of the yeshiva.

The pedestrians are not much better. Some of them almost dare drivers to hit them as they cross against the light. And where did the idea of putting a sukkah on a public sidewalk for a week come from? Or placing containers on the street with extra merchandise for two weeks before Passover?

If your restaurant has no courtyard, close it for Sukkos. If your store has inadequate storage facilities, rent space or just sell less merchandise.

Much of this behavior comes from the palpable sense of entitlement one confronts on a daily basis in Orthodox communities. And if I feel this way, I can only imagine how non-Jews and non-religious Jews must react when confronted with such constant incivility.

Yes, there are anti-Semites who will always feel the way they do no matter how neighborly and considerate Orthodox Jews might be. But why invite hard feelings from people with no ax to grind by behaving in an inconsiderate and even boorish manner? 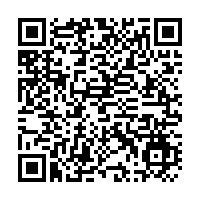