Re Dr. Rafael Medoff’s “How Peter Bergson Brought Activism into the Mainstream” (op-ed, July 1), it may be of interest to readers that many of the people who supported the Bergson Group were leftists.


The world-renowned journalist Pierre Van Paassen, a left-winger, was brought into Jabotinsky’s circle by Benzion Netanyahu, father of Israel’s current prime minister. Van Paassen had reported from pre-state Israel. He also covered the Arab-run African slave trade, Mussolini’s war against Ethiopia, and the rise of fascism in Europe. He was the first national chairman of the Committee for a Jewish Army of Stateless and Palestinian Jews.

The leftist American writer Max Lerner said that while he was poles apart from the Zionist Revisionists from which the Bergson Group emerged, he “thought first things first and the first thing was to arouse America to action” in order to save the Jews of Europe. He said he would work with any group that wanted to save his Jewish relatives in Europe.

Attorney Paul O’Dwyer joined the struggle of the Jews in pre-state Israel for independence. He was a gun-runner for the Irgun. He also successfully defended people who were arrested for smuggling arms to the Haganah and Irgun.

Much of this can be found in Dr. Medoff’s book (co-authored by David S. Wyman) A Race Against Death: Peter Bergson, America, and the Holocaust. It has been said many times that monuments to great people are built with the stones that have been thrown at them during their lifetime.

This month marks the 52nd Anniversary of federal government support for public transportation.

Millions of Americans on a daily basis utilize various public transportation alternatives. They include local and express bus, ferry, jitney, light rail, subway, and commuter rail services. All of these systems use less fuel and move far more people than conventional single occupancy vehicles. Most of these systems are funded with your tax dollars thanks to President Johnson.

Depending on where you live, consider the public transportation alternative. Try riding a local or express bus, commuter van, ferry, light rail, commuter rail or subway.

Elected officials and government employees can turn in their taxpayer- funded vehicles and join the rest of us by using public transportation to get around town. In many cases, employers can offer transit checks which help subsidizes a portion of the costs. Utilize this and reap the benefits. It supports a cleaner environment.

Seniors, students, and low and middle income people need these transportation alternatives. Investment in public transportation today contributes to economic growth, employment, and a stronger economy. Dollar for dollar, it is one of the best investments we can make.

Editor’s Note: The writer is a transportation historian and advocate who previously worked 31 years for the United States Department of Transportation Federal Transit Administration.

Elie, I know we never met and I am not sure why your passing is bothering me so much. But for some reason I feel compelled to share these words about you.

You know, I never really had a clearly defined role model in my life before. However, looking back at your life, I have a pretty good idea as to who that role model might be. Your impact on me has been transcending, to say the least. 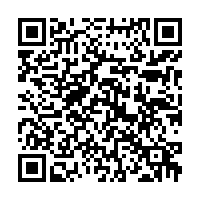