The mainstream American press has deviated sharply from the ideal of traditional journalism in its coverage of the president.


The legitimate and honest endeavor should be to accurately report on the president’s policies and the actions he takes in pursuit of them.

Honest commentators should analyze the potential merits and demerits of those policies and express their opinions in editorials and opinion columns.

Unfortunately, this approach has largely been abandoned by many (not all) journalists. Bias based on dislike of the president’s personality and style is evidenced by personal attacks that aim at delegitimizing him.

By no means do I wish to imply that the president should be immune and shielded from critical examination.

However, I believe a hostile press ill serves the needs of an informed public.

Thanks to The Jewish Press for a clear statement on what the truth is behind President Trump’s executive order on immigration (“What’s Really Going on With the Immigration Executive Order,” editorial, Feb. 17).

When talking to anti-Trump people, many of them influenced by the distorted reporting in The New York Times and other mainstream news outlets, one hears that America is “rounding-up” immigrants and shipping them out. This is deliberately slanted to invite memories of the Nazi round-ups of Jews and other undesirables, all geared to stir the emotions and distort reality.

As the White House has tried to clarify to the American people, the seven countries named in President Trump’s executive order are those that harbor terrorists, requiring the extreme vetting he is proposing. The fact that these are the same countries President Obama identified as requiring tougher standards for immigrants is never acknowledged. When Obama did it, the press applauded. When Trump does it, he is stymied by the Ninth Circuit Court and a barrage of media  and shadow government attacks against him.

What is entirely overlooked is that Trump’s executive order was based on the very clear constitutional right of the president of the United States to “suspend the entry of all aliens or any class of aliens as immigrants or non-immigrants, or impose on the entry of aliens any restrictions he may deem appropriate.”

We pray that sanity will be restored and responsible citizens will recognize that the best way to help this government succeed is to give the president a chance. All efforts to delegitimize and denigrate him can only hurt America.

I am of two minds about President Trump’s recent comment that his administration has been running like a “finely tuned machine.”

Let’s see: he’s alienated the president of Mexico, who cancelled a visit; he’s angered the prime minister of Australia; his plan to close the gates to refugees and visitors from seven predominantly Muslim countries was rolled out so poorly it was an embarrassment; he abruptly fired the acting attorney general when she took issue with this immigration plan; he called the man who rescinded his immigration plan a “so-called judge”; his National Security Adviser was forced to resign after giving false information to Vice President Pence; his Department of Labor nominee withdrew from consideration; and unprecedented numbers of people have been marching against him in the United States and around the world.

If he thinks this a “finely tuned machine,” I would never buy a car from him.

But back to my two minds about him. To me, it is scary if the president actually believes everything is going so well. That would mean he is locked in a world of his own creation that has little resemblance to reality.

On the other hand – and this is a far better scenario – maybe deep down inside he does not really believe what he’s saying about his rosy start. Perhaps he’s just the latest in a long line of political leaders who feel the need to embellish and even misstate the truth. Thankfully, we’ve managed to survive that kind of dissembling without any great calamity.

This is in response to reader Harold Marks’s Feb. 17 letter, “Shabbos Envy.”

Perhaps Mr. Marks would like to consider the “Shabbos” experience I had growing up in the 1950s and ‘60s in a small town not far from New York.

We had challah, and a nice meal, but no Kiddush. After supper, my parents watched TV. Saturday morning, they ferried us kids around to dance, music, and art lessons. Saturday afternoon was devoted to chores, depending on the season: planting, weeding, mowing, raking. Because of Sunday blue laws, grocery shopping was also a Saturday chore.

When I met my husband-to-be, we decided we wanted a real Shabbos. Our first Shabbos in our own apartment, I lit the candles (in the candlesticks my grandmother had given me as a wedding gift because I “was the only granddaughter who would use them”). My husband came in and made Kiddush.

Mr. Marks, it sounds to me like someone else conquered the Shabbos world for you long ago, and it’s been paved over with the spiritual equivalent of strip malls and gas stations. Perhaps you and your wife need to get together and plan your own conquest of this day, and this Shabbos world.

Some books you may find helpful:

The Gift of Rest by Senator Joseph Lieberman

Shabbos in my Soul by Rabbi Boruch Leff

The Sabbath World by Judith Shulevitz

I won’t be the only one to suggest resources for you. But ultimately, if you desire a better Shabbos, you must conquer it and acquire it for yourself. 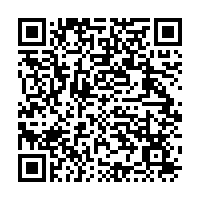