In response to last week’s op-ed by Irwin Benjamin (“The Pride Parade – What Are They Proud Of?”): There’s a way to thoughtfully critique New York’s annual pride parade from a halachic standpoint while enumerating the many ways we can – and should – include and cherish LGBT Jews in observant Jewish life.


This poorly-written op-ed doesn’t go that route. The author’s comparison of gay men and women to animals is archaic, extremely insulting, and simply a poor excuse for any halachically-inspired musing on the Torah’s view of homosexuality.

Articles like it benefit no one. They don’t benefit the camp of articulate thinkers who cannot reconcile Torah and unadulterated LGBT-acceptance yet still recognize that every human being deserves basic respect, and they certainly don’t benefit LGBT Jews who have further evidence of their inability to participate comfortably in observant Jewish life.

Your publication should have higher standards.

I was deeply disturbed by Mr. Benjamin’s op-ed last week. It is evident that Mr. Benjamin does not have any meaningful and empathic relationships with individuals who identify as members of the LGBT community.

I hope Mr. Benjamin reconsiders his views and devotes as much time as he devoted to the construction of his op-ed to educating himself on the struggles and context of the individuals he is so quick to write off and demonize.

I was horrified to read the insensitive and smug op-ed in The Jewish Press by Irwin Benjamin about the gay pride parade.

It is fair to criticize the gay pride parade, and there is certainly a need for thoughtful dialogue around the extraordinarily complex issue of LGBT matters in a manner that is compassionate and mindful of the searing struggle that many thousands – yes, many thousands – of Orthodox or formerly Orthodox LGBT people and their families are undergoing.

This sophomoric piece that opened with, “One of the obvious differences between man and animal is that man can curb his desires while animals cannot,” was nothing of the sort.

How dare Benjamin sit in judgment of LGBT people he doesn’t know and imply that they are animal-like in their inability to “curb their desires”? Jews with genuine Torah values follow the dictum of our sages, which is to refrain from judging others until they reach their place (Avos 2:4). And, for the record, the Torah states, “Everyone of haughty heart is an abomination (to’eivah) to Hashem” (Mishlei 16:5).

The Jewish Press should do the honorable thing and issue a public apology for the needless pain and suffering they caused LGBT people and their family members.

I am not a regular reader of the Jewish Press. However, I do follow the news to a certain degree and I wanted to give your paper a big yasher koach for publishing an article on Torah values and the gay pride parade.

I assume it was a difficult decision. And I see there has been a backlash. Please stay strong in your convictions. You brought more kevod shamayim to the Jewish world – and really to the world at large. That is a great, great kiddush Hashem.

If people attack you for your decision, you should know that HaElokim mevakeish es hanirdaf.

Irwin Benjamin’s article on the gay pride parade was not about acceptance or rights. It was about whether we should take pride in a lifestyle that clearly violates the Torah. Would we be okay with a Chillul Shabbos Pride Parade? I would hope not!

Irwin Benjamin’s op-ed was a factual and level-headed challenge to supporters of the gay pride parade. The op-ed used no invective, mentioned no names, and posed a logical and reasonable challenge based solely on concepts that are eminently clear in the Torah.

For example, Shmuly Yanklowitz, leader of the Torat Chayim (“progressive Orthodox”) organization, wrote online, “[It’s] time to close down this hate-filled, sexist, homophobic newspaper. It is an embarrassment to the Torah. Ignorant articles like this (& Jewish supremacy articles praising terrorists like Kahana) are not rare but literally appear on a weekly basis. If you stand as an ally, close your subscription today!”

Rather than address the issues, the fringe left tries to stifle discussion. May The Jewish Press and its editor continue to proudly disseminate Torah values – whether the politically-correct radicals like it or not.

It has come to my attention that a campaign is being mounted to boycott The Jewish Press due to a recent article that expressed disapproval of pride parades. I offer The Jewish Press my support and admiration for standing up for Torah-true values in the face of pressure.

As my late rosh yeshiva Rabbi Noach Weinberg, zt”l, used to say, “The world is insane, and the insanity is contagious.” Thank you for reflecting the light of the Torah on this issue.

Kudos to The Jewish Press for publishing the op-ed by Irwin Benjamin and standing up for Jewish values by opposing the gay pride parade, which is a disgusting display of immorality. The Jewish Press is true to the motto that once appeared on its masthead: “the Voice of Torah Jewry.”

Please continue to speak out for true Jewish values. Do not buckle to the insane political correctness of today, which is undermining our society.

I am distressed by a report that a pseudo-Orthodox rabbi – actually a modern Hellenist – has called for a boycott of the Jewish Press for its advocacy of traditional values and its questioning the misuse of the word “pride” in the current milieu.

Kol Hakavod to you and shame on him.

The Jewish Press is courageous, and I’d like to commend you for being willing to represent the Torah perspective even when it isn’t politically expedient to do so.

Sure, I could nitpick and find faults with the tweets (written in a private capacity, as the Jewish Press has already conveyed) of Elliott Resnick. I am sure I could find some formulation I would have preferred to massage the message a little better.

But at the end of the day, those demanding the sacking of your chief editor are not doing it because of a twist of words, but in order to wage war against traditional Torah values in the hope of creating a climate of such fear that no traditionally loyal Jew can remain Torah-true and express any opinion on anything.

Nike has recently been in the news for withdrawing an Independence Day-themed shoe featuring the Revolutionary War-era flag designed by Betsy Ross. The pusillanimous cowards who run Nike took this step in response to a complaint by Colin Kaepernick who is well known for his hostility to American patriotic symbols.

I will never purchase a product from Nike again. I am proud to be a fourth-generation American, and I still get a thrill every time I hear the “Star Spangled Banner,” “America the Beautiful,” and “G-d Bless America.”

Mr. Kaepernick graduated from the Universality of Nevada with a degree in Business Education. The United States he hates so much gave him an opportunity to make tens of millions of dollars playing football.

I think he should visit Europe and visit the graves of the brave soldiers who gave their lives in WWI and WWII protecting the freedom he thinks so little of. He should learn about the hundreds of thousands of men and women who died for their flag and the many more who suffered traumatic physical and mental injuries in battle.

I am sick and tired of entertainers and athletes pontificating on the “shortcomings” of the United States of America. But since Mr. Kaepernick thinks so little of the U.S. and the sacrifice of the heroes that made it possible for him to play a game for a living, I would like to invite him to move to a county like Cuba, Venezuela, or Iran.

In fact, I am willing to pay for a one-way flight to any of these countries so that he can learn to appreciate the greatest country that has ever existed: the United States of America.

Israel Is Essential for Our Survival

This week marks the 81st anniversary of the closing of the Evian Conference, during which 32 countries and 24 relief agencies were supposed to develop and implement a plan to rescue the Jews of Nazi Germany.

Adolph Hitler said he would agree to allow the Jews to leave Germany, but 31 out of 32 countries refused to take in any of the Jewish refugees. (The exception was the Dominican Republic.) All kinds of excuses were offered. Canadian Prime Minister Mackenzie King said, “We must…seek to keep this part of the continent free from unrest and from too great an intermixture of foreign strains of blood.”

Argentina said it had enough immigrants from Europe. Australia said it had no racial problem and did not want to create one. The U.S., meanwhile – which had at least one Jew hater in a prominent position in its State Department – blocked entry of refugees to the U.S., Nicaragua, Costa Rica, Honduras, and Panama.

Today, thankfully, we have a Jewish state. Considering our past travails and the persistence of anti-Semitism around the word, I would say this state is essential for our survival. 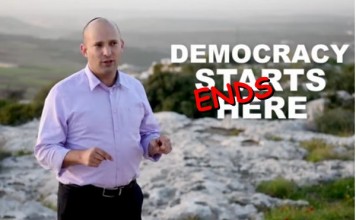 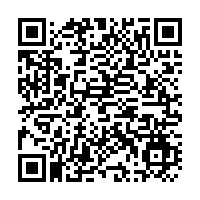