(JNS) Egypt is preventing Hamas leader Ismail Haniyeh from setting out on a fundraising trip to several countries, chief among them Iran, Gaza media reported Tuesday.


Hamas’s official mouthpiece in the Gaza Strip, Al-Risala, claimed that Egypt and Israel are joining forces to undermine Hamas’s ties with the Iranian regime.

Haniyeh has been trying for some time now to leave the Gaza Strip via Egypt, with the aim of raising funds for his organization, which is in dire economic straits.

The London-based pan-Arab media outlet Al-Araby Al-Jadeed quoted Egyptian sources as saying Cairo has informed Haniyeh he will not be allowed to leave the coastal enclave through Egypt, due to his plans to visit Iran, Turkey and Qatar. Egypt, like Israel, fears Iranian support for the Al-Qassam Brigades, Hamas’s military wing, in the form of large-scale weapons smuggling through Egypt to Gaza via the northern Sinai Peninsula.

Hamas is designated as a terrorist organization by Israel, the United States, Canada, the European Union and Egypt. Iran is the group’s chief backer.

According to the Jerusalem Center for Public Affairs (JCPA), the decision by Hamas’s official mouthpiece to publish articles detailing the nature and extent of ties between Iran and Hamas is proof the Palestinian terrorist organization is not worried there may be consequences for revealing and even flaunting the extent of those ties.

According to the think tank, Hamas hopes that warming ties between Hamas and Tehran will see the Gaza group receive further funding and weapons, despite the tough U.S. economic sanctions on the Islamic Republic.

According to Middle East expert and JCPA fellow Yoni Ben-Menachem, “The Palestinian issue has been a top priority for the ayatollah regime in Tehran ever since the Islamic Revolution in the late 1970s. Then-PLO [Palestine Liberation Organization] Chairman Yasser Arafat was even invited to visit Tehran following the overthrow of the shah.”

Ben-Menachem adds that Tehran strengthened its ties to the Palestinians when Iran began backing the Palestinian Islamic Jihad in the early 1980s, and established its relationship with Hamas when that movement was founded in 1987. Tehran supported Palestinian terrorist organizations during the first and second intifadas, and remains the main supplier of weapons and military expertise to the military arms of both PIJ and Hamas. 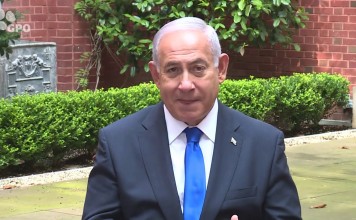 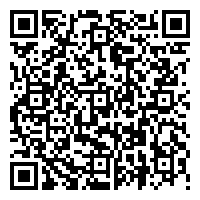