Jerusalem District Fire Department officials said Wednesday that a fire broke out in an unpaved parking lot next to the Malcha Technology Park in the capital. Ten cars were burnt in the blaze. 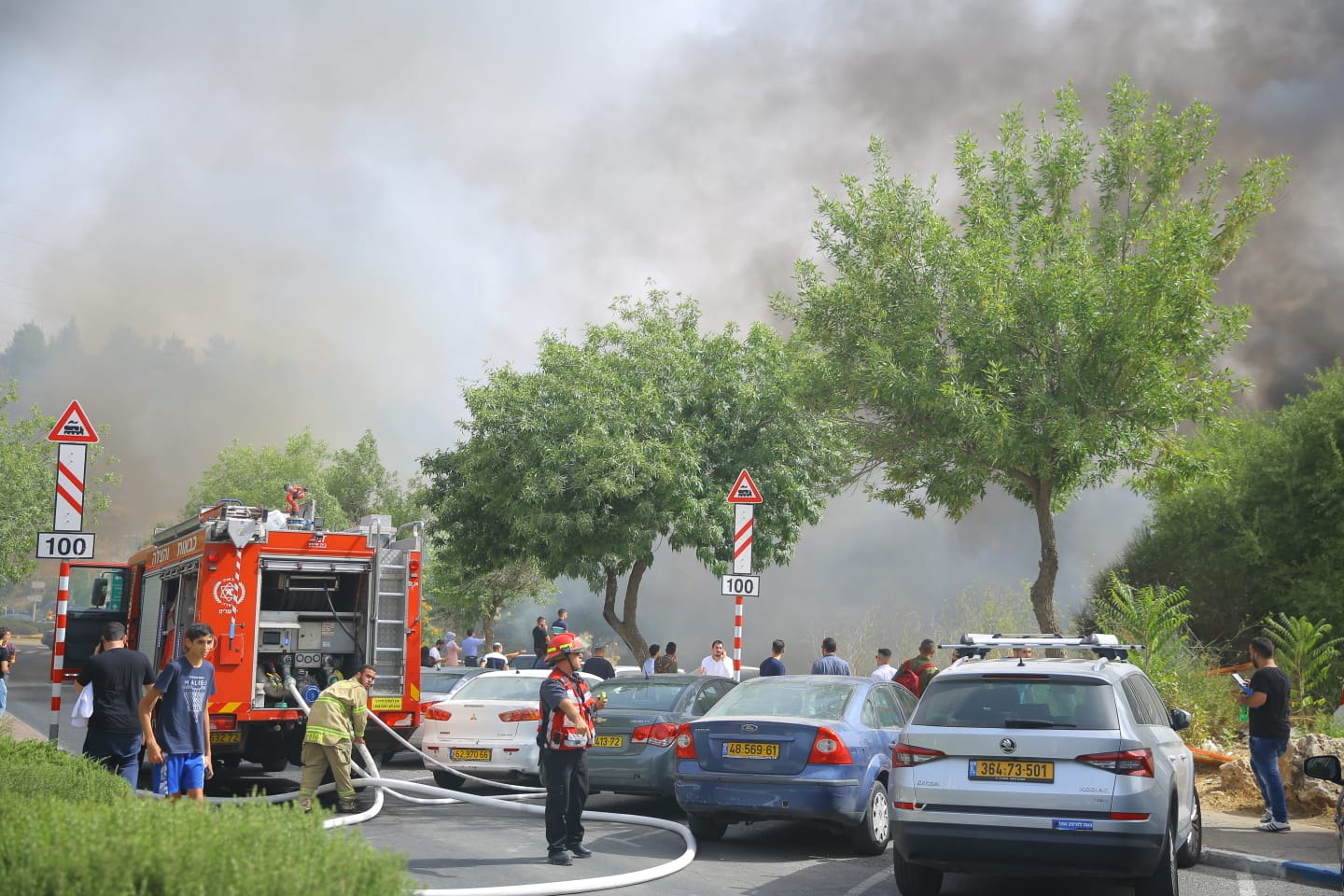 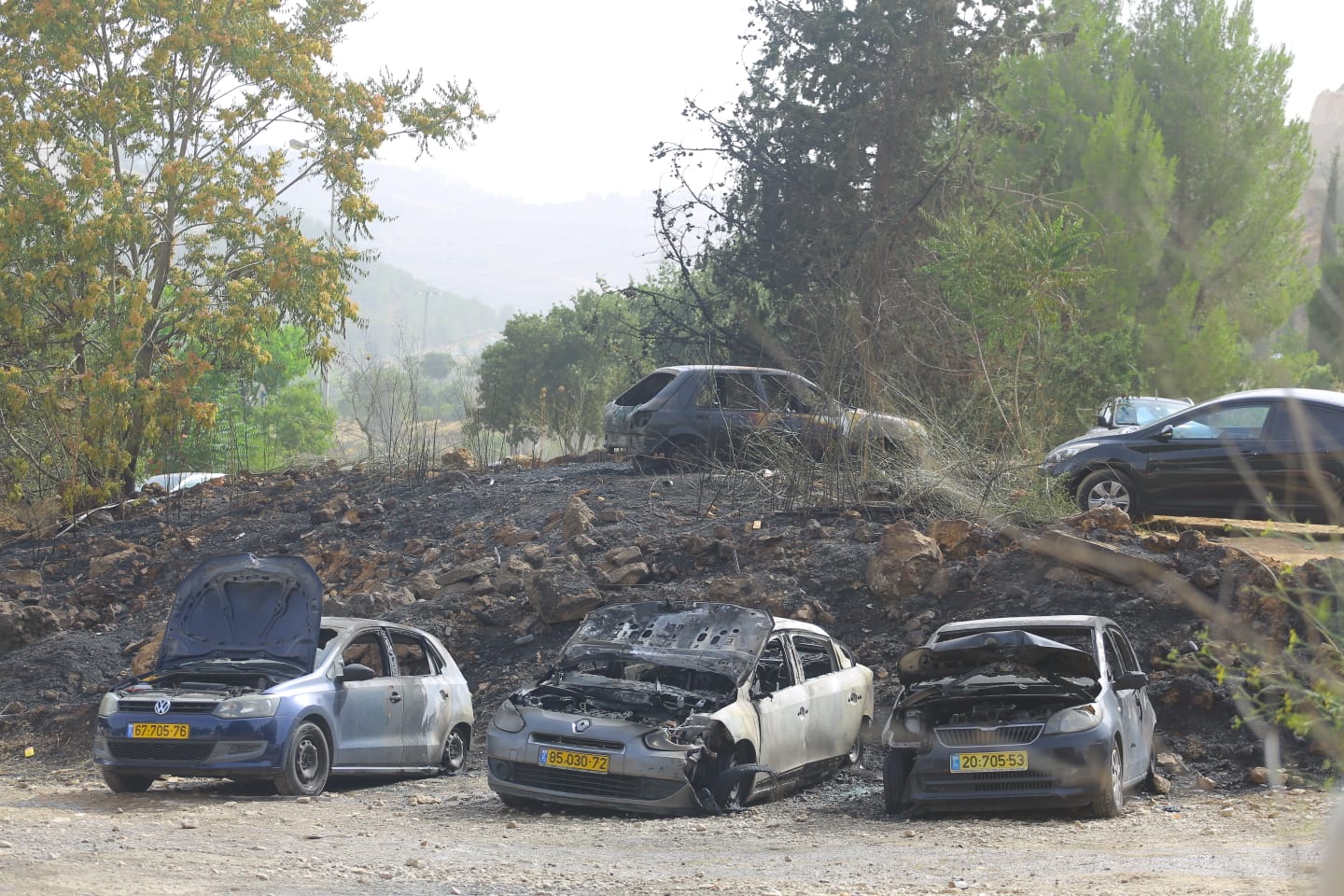 The Fire Department reported the fire was contained in the Malcha parking lot and that firefighters prevented the flames from reaching the buildings and nearby wooded areas. The cause is under investigation. 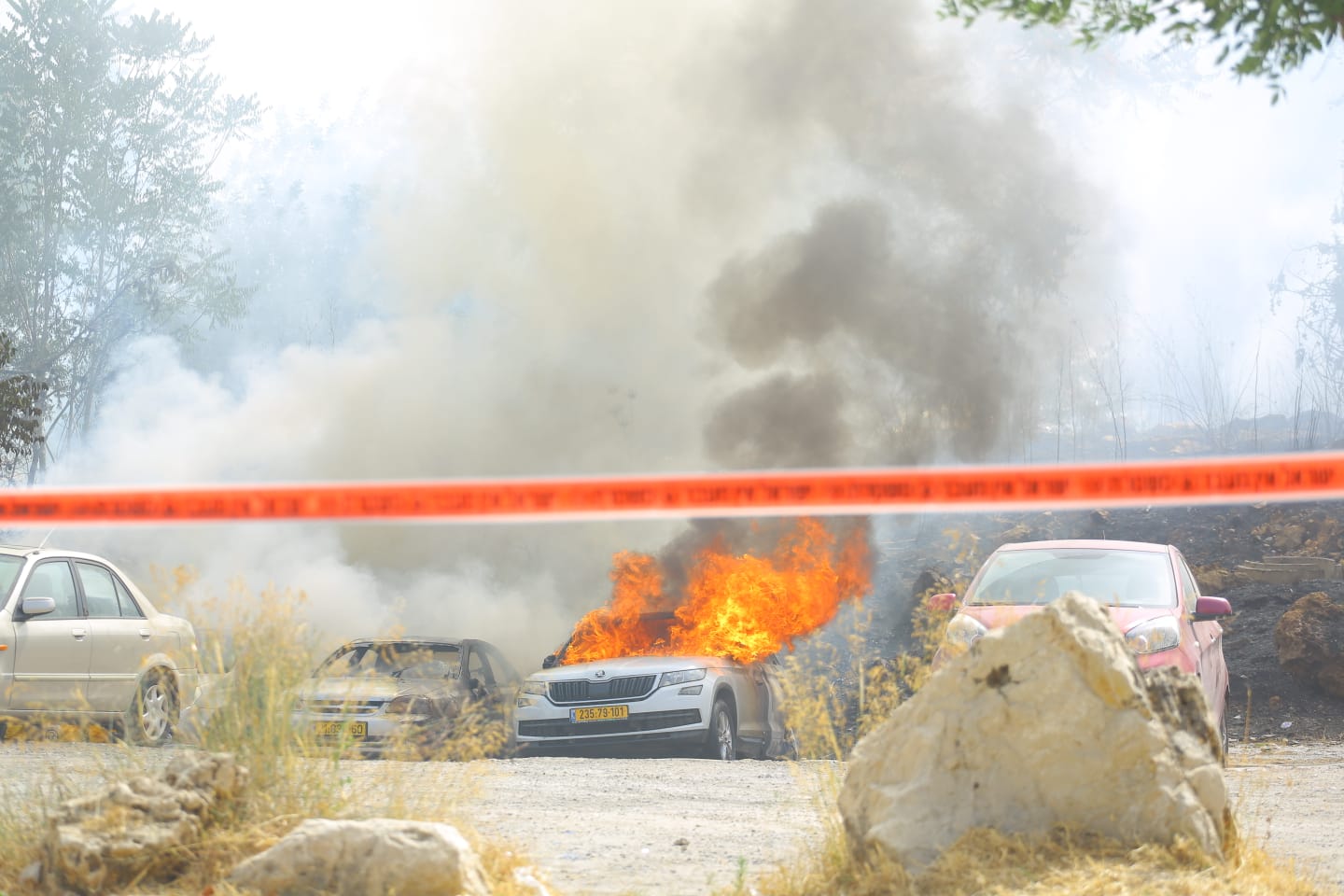 Numerous fires broke out around the country due to an extreme heatwave that reached highs of 44 °C. The electricity demand in Israel broke an all-time record due to the extreme heat, hiking to 13,410 megawatts.

It’s not yet clear whether or not arson terror has played a part in the rash of fires, as was proved in in the past when fires began springing up around the country during hot spells, when small flames can easily catch hold and quickly spread. 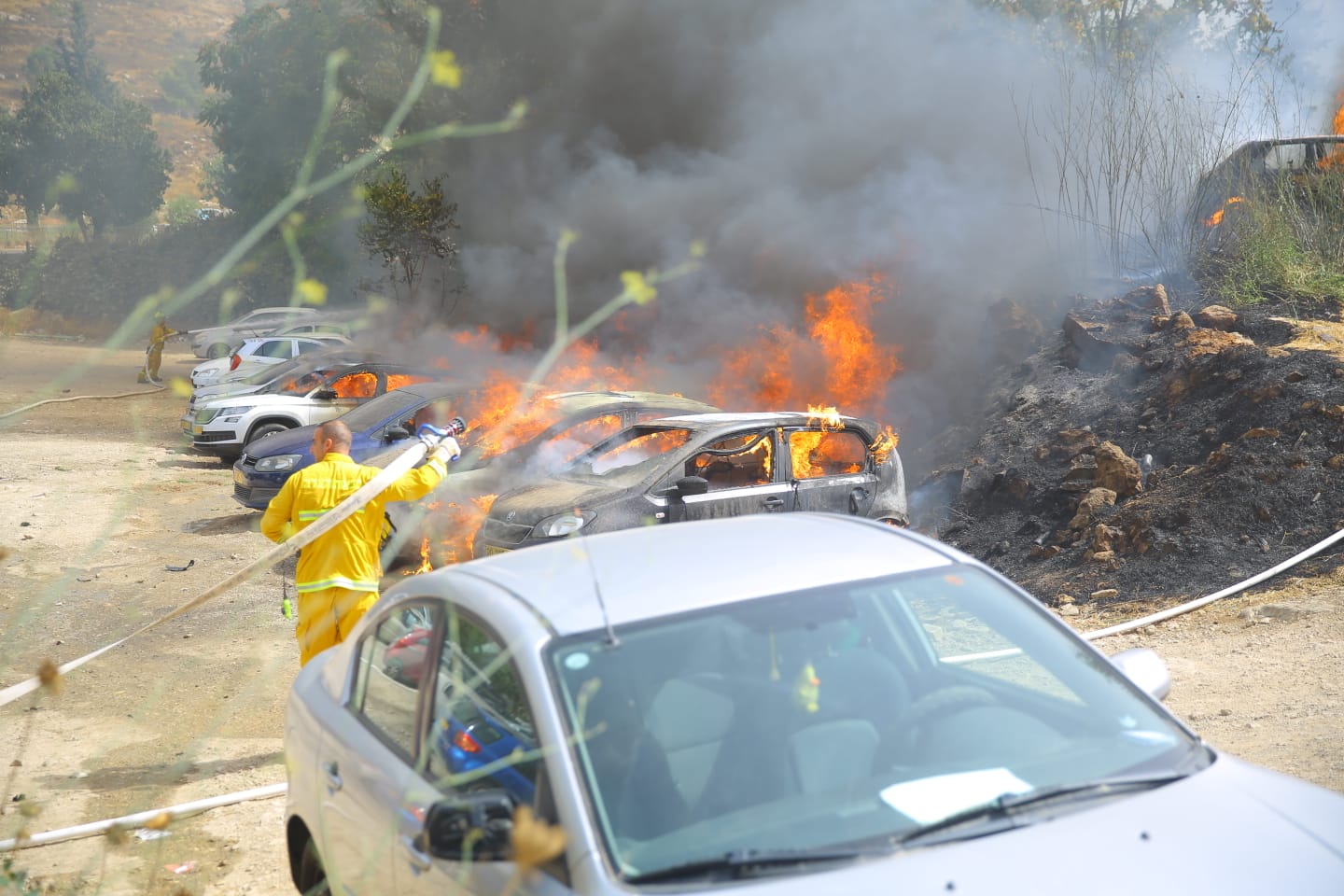 Five people were injured due to smoke inhalation at various sites in northern Israel.  All were treated by Magen David Adom emergency medical personnel at the scene. 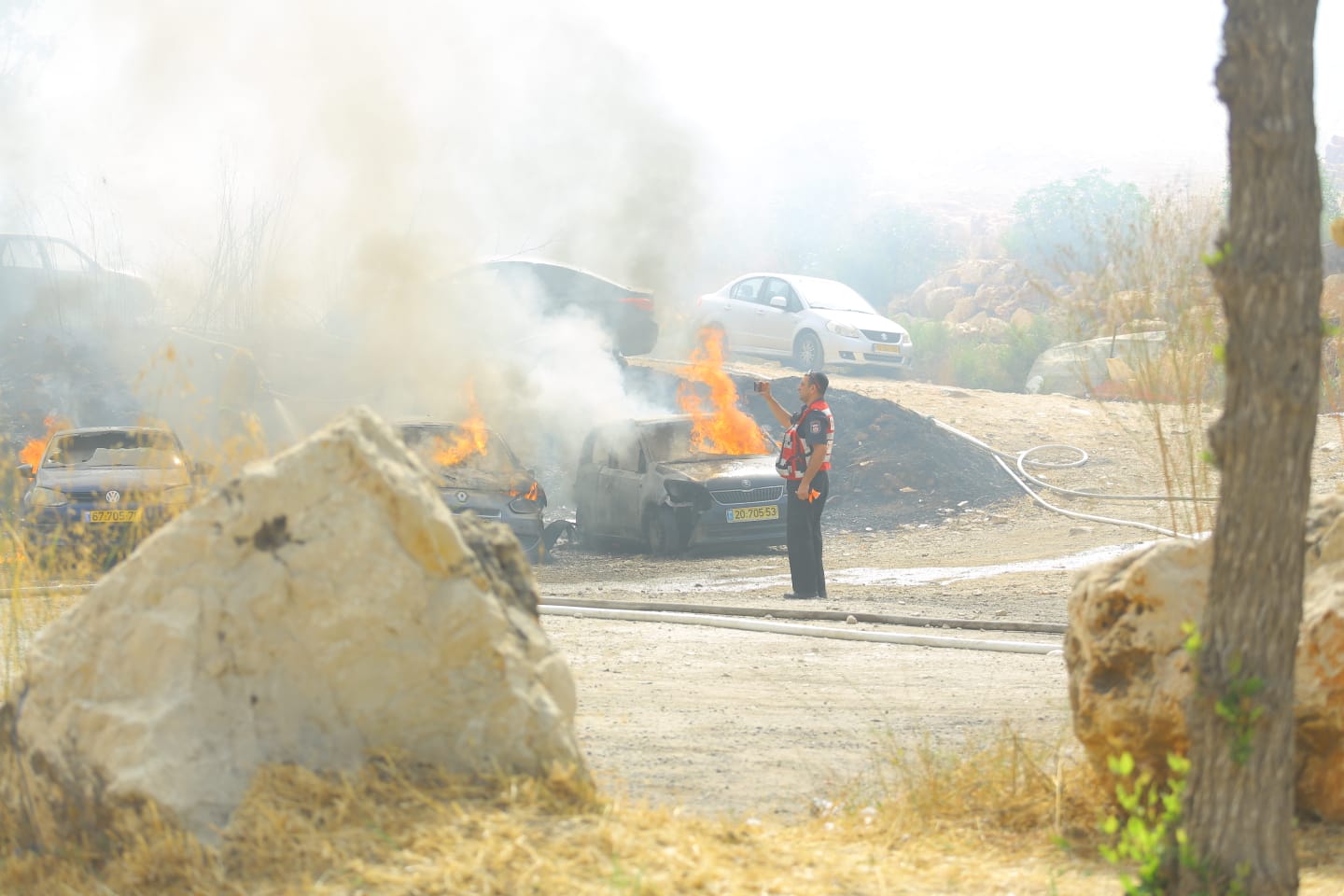 The Israel Fire and Rescue Services Dept. has declared an emergency situation, canceling all firefighter vacations. All firefighters were asked to report for duty. 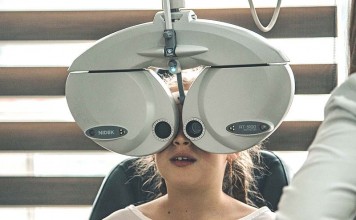