Vaccinations Aren’t A Joke (I)


The recent measles outbreak generated a scrupulous examination of Jewish schools’ immunization policies throughout the U.S. for which many poskim of impeccable integrity were consulted. They found no halachic grounds for claiming a religious exemption from vaccinations, and the consensus fully supported vaccination to eradicate disease and protect children who may be vulnerable.

Rabbi Green insists that schools admit non-immunized children, thereby placing complete student bodies and, in some cases, even adults on staff at risk of contracting contagious diseases. He says these poskim may not forbid children from attending school and learning Torah. They are not medical experts, he claims. In fact, though, many of these poskim are physicians.

Rabbi Green rebukes these poskim in the harshest terms, writing, “Any rabbi or leader who sits by idly while tinokos shel bris rabban are thrown out into the street deserves to be excommunicated.” He renders them “unfit to mourn the Temple” and says their “kinot are meaningless lip service.”

The Second Temple was destroyed because of sinas chinam and lashon hara. Only the correction of these sins will bring about the building of the Third Temple. The theme of this year’s Worldwide Tisha B’Av Event – prominently publicized in The Jewish Press – was “Love Your Fellow Like Yourself.”

I therefore ask: In what way did Rabbi Green’s article encourage harmony and respect for one another so that we might merit the coming of Moshiach?

I am astonished that a rav who tends to the needs of a community would support sending unvaccinated children to school.

There’s no reason for anyone to die of measles today. Was the smallpox vaccine, which eliminated the world’s deadliest infectious disease, unfairly forced on children? You, sir, are not fit to give medical advice to anyone.

The unfortunate inhabitants of these neighborhoods were victims of pronouncements by uninformed rabbis practicing pseudo-medicine and stressing complications from vaccinations, such as autism, even though the theory that vaccines are linked to autism has long been discredited.

The first duty of any government is protecting its citizens. A student cannot study Torah if he’s sick as a result of complications of treacherous childhood diseases such as measles (which can cause serious ear infections and pneumonia), rubella (which can cause deafness, cataracts, and miscarriages), and mumps (which can lead to infertility in boys).

The government is not acting like a “frenzied mob” and is not “engineering” a mob mentality when the facts are available to any inquiring person. Rabbi Green should consult statistical evidence published by the CDC, the American Academy of Pediatrics, and the Surgeon General, all of which prove that failure to vaccinate leads to serious societal complications.

Rabbi Green is probably too young to remember a time before our marvelous modern-day vaccines were available, when children were maimed for life from the effects of polio, for example. In any event, rabbis who want to practice medicine should go to medical school.

I am offended by Democrats referring to Israel, and Jews in general, with the appellation “white supremacist.” My father was a Holocaust survivor from Denmark. We must make it clear to our local and national Democratic politicians that this disgusting anti-Semitic slur won’t be tolerated.

I have long believed that Al Sharpton is an anti-Semite – a belief that was reconfirmed as I read your review of his anti-Semitic activities over the years. I was also surprised to learn from these articles that at least two well-known politicians vying to become the Democratic Party candidate for president have stated their support for Sharpton. Egad!

Kohanim Need to Get Married – This One Did

Letter writer Arthur M. Kaplan lamented the other week that few singles events are geared toward kohanim. I am a kohen and I, too, had difficulties meeting eligible women.

Here is my solution: Speak to everyone you know about your desire to get married. Don’t be shy about expressing your requirements; many will understand. You never know who will serve as the avenue through which Hashem will send you help.

Sign on to the Orthodox dating sites and clearly state your requirements. If someone is not eligible, perhaps she knows a woman who is. And last (but not least), scream to Hashem that you really want to be married.

Perhaps the following will give kohanim out there some chizuk: My first marriage was short and unsuccessful. I was 59 at that time. Four years later, after employing all of the above-noted methods, Hashem sent me my kallah (a true gem).

Do not give up. It could happen in the blink of an eye. It did with me and my kallah. Wishing you a short and successful search.

There is a very big problem in the Jewish community today: We have started blurring the line between halacha and political alignment.

I’ve seen many people warping our laws to suit a politician or group that has a similar objective to ours and bend over backward to explain away their faults. We disregard important communal matters because that’s the cause of “the other side” or a “mass government conspiracy.” When a person deviates from party orthodoxy, he is attacked.

Organizations like Bikur Cholim and Chai Lifeline help others no matter their affiliation – these are the groups we need to emulate.

I believe in the goodness of the Jewish community and in the unity the Torah can bring. Our beliefs are much more nuanced and varied than those at the center of this country’s political squabbles. We need to make this distinction whether we’re on the left or right side of the debate.

I know we’re better than this. We’re not just a partisan political party. We’re Jews.

While many anti-Israel groups and individuals may be saddened by the demise of Toni Morrison, those dedicated to the security and existence of the Jewish state are not.

For many years, she has denigrated Israel, calling for its destruction and for it to be replaced by an Arab state. The attacks were virulent and false as she pursued first the agenda of Yasser Arafat and then that of Mahmoud Abbas.

The supporters of Israel are not among her mourners.

Two weeks ago, The Jewish Press published a New York City document responding to a request for separate swimming hours by Councilman Chaim Deutsch. This document granted the necessary permission, but also stated:

“In granting this limited exemption, the Commission notes that all members of the public must be granted full an unconstrained access to the event as is consistent with their gender identity, including people who identify as non-binary, gender non-conforming, transgender or cisgender, among others.”

While separate swimming hours at public beaches are great – Rav Baruch Ber Leibowitz begged Mayor Jimmy Walker for them when he visited New York in the 1930s – under no circumstances can we agree to an arrangement in which a biological man can swim with women or a biological woman with men.

I would argue that the city actually only agreed to separate beach hours because getting the Jewish community to acquiesce to transgenders’ preferences was infinitely more important to it (and harmful to the Jewish community) than insisting on mixed swimming.

Lauren Elfant, who approved Chaim Deutsch’s request for separate hours, is now the deputy director of a worldwide abortion organization, and a quick glance at her Twitter page reveals that she supports BDS.

There is no doubt that someone like her was not trying to do favors for our community; she was only trying to get us to agree publicly to accept transgenders. In other words, Ms. Elfant was playing chess while Councilman Deutsch was playing checkers.

Tisha B’Av Minchah at the UN

Kol hakovod to Jewish Press readers who participated in our annual outdoors Tisha B’Av Mincha at the Isaiah Wall opposite the UN, which is dedicated to Israel and Jews in danger around the world.

We pray that next Tisha B’Av will be a time of simcha, peace, and redemption for our brethren. 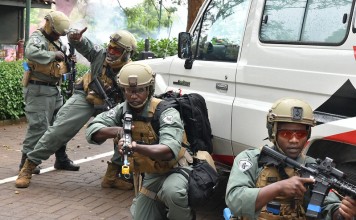 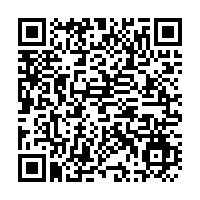