Sanders Has a Better Shot Than Biden

Many within the GOP are convinced Joe Biden would make the most formidable opponent in the general election, but I think they’re mistaken. The man can hardly venture in public without embarrassing himself. Quid Pro Joe also generates zero voter enthusiasm, which is one of the greatest indicators of electability.

Meanwhile, while Bolshevik Bernie’s socialist platform is certifiably insane, the allure of “freebies” will appeal to malcontents brainwashed by economic-victimization propaganda and identity politics. Sanders actually has a plausible path to victory if he registers millions of new voters and gets 75 percent of Americans under 35 to the polls in November. This demographic is motivated and shares Bernie’s foaming hatred for America’s heritage and sovereignty.

Joe Biden cannot beat Donald Trump under any circumstances, but Bernie can if the fickle political and cultural tumblers click into place at just the right moment.

During one of the recent Democrat debates, Bernie Sanders called Prime Minister Benjamin Netanyahu a “reactionary racist.” The word “racist” is so overused by the liberal establishment that it has unfortunately lost much of its seriousness. Today, it just means anyone who disagrees with leftist dogma.

What really caught my attention was his use of the word “reactionary.” How appropriate for Sanders to employ an old Bolshevik term used extensively during the communists’ rise to power over 100 years ago. Hard-core communists used “reactionary” and “counter-revolutionary” to stifle, accuse, and eventually murder all their opponents.

Sanders hasn’t changed one iota of his communist ideology over the years, nor has he learned anything except, perhaps, how malleable and naïve some young Americans are.

Memo to Senator Sanders: It’s time to shed the phony, deceptive, and benign title you use – “Democrat Socialist” – and tell America what you truly are.

Weakness Doesn’t Get You Anywhere

I believe the first mistake Israel made was in 1967 when it decided to cede control of Har HaBayis to Jordan and its Waqf. Why did it do that? What could the Arabs have done had Israel kept it?

I find it unconscionable that our Jewish country permits Muslims total access to Har HaBayis but limits Jews – Jews! – access and prayer rights. Officially, Israeli law permits full access to Jews, but that is subject to “security concerns” – which means Jews are constantly being discriminated against on the mount.

“Security concerns” is also what prevented America’s embassy in Israel from being moved to Jerusalem for 20 years. American law required it to be moved, but the law had a provision allowing presidents to postpone moving it for “security” reasons. What happened when President Trump finally moved it? Did the world end? No.

Furthermore, forming policy based on fear of riots is always a bad idea.

It’s also a bad idea to make policy based on what others think. The U.S. is the best friend Israel has ever had, but I think Israel now is acting as if it were a vassal state in relation to the new peace plan. We have to ask permission from President Trump and Jared Kushner to declare sovereignty over our homeland?!

I have no problem with Israel working in conjunction with the U.S., but Israel should decide its own future and policies. Most of the rest of the world will not approve anyway and the U.S. will decide on its own whether to support Israel’s actions. Israel is too strong to be totally beholden to U.S. policies that seem to change with every administration anyway.

It’s time to call out liberal Jews’ hero Ruth Bader Ginsburg for her despicable record on abortion. An ardent pro-abortion champion, she has helped keep abortion in the United States legal and deadly for millions of unborn children who are brutalized and killed every year in the womb.

With so much blood on her hands, it’s hard to believe she is an icon for so many Jews. She is nothing but an immoral liberal who has enabled the slaughter of millions of unborn children.

The Miracles Within Us

The coronavirus calls to mind our Sages’ comment that the human body is an olam katan (a small universe). Its defenders are the armies of the fantastic auto-immune system, the white blood cells: leucocytes, macrophages, phagocytes, “killer” B and T lymphocytes, monocytes, neutrophils, basophils, eosinophils, etc.

If we could witness these tireless microscopic protectors in their ceaseless battles with hordes of invading bacteria, toxins, viruses, protozoa, and other antigens (which some maintain are “the myriads of mazikin that surround a man and would cause him to expire if he could see them!” – Berachos 6), we would never desist from relating to the awesome chasdei Hashem.

Bernie Sanders says he is very proud of his Jewish background. However, he associates with many people who would like to see Israel wiped off the map and its people annihilated.

His campaign surrogates, Linda Sarsour, Congresswomen Rashida Tlaib, Alexandria Ocasio-Cortez, and Ilhan Omar are all known for anti-Israel and anti-Jewish hatred. How can he be telling the truth?

The Times Does It Again

The New York Times has once again succeeded in denigrating Israel, publishing an article last week painting Israel as a flawed and third world country: “Israel, ‘Start-up Nation, Groans Under Strains of Growth and Neglect.” This at a time when Israeli scientists have been at the forefront in fighting the new coronavirus.

All nations have faults, including crumbling infrastructure, but only Israel has been highlighted – as usual. The Jewish community is still waiting for praise of Israel’s achievements – or even recognition of its legality – in the pages of The New York Times.

First Senator Chuck Schumer delared, “Donald Trump is not welcome in Queens.” Then he said to Justices Neil Gorsuch and Brett Kavanaugh at a pro-choice rally, “You have released the whirlwind, and you will pay the price. You will not know what hit you if you go forward with these awful decisions.”

Imagine if you or I made this statement. We would be visited by the FBI or Secret Service. We have a long tradition of according respect to government that has been observed by everyone – Democrat, Republican, liberal, and conservative. But perhaps Schumer skipped civics class at school.

Schumer’s arrogance is disappointing to those of us who are looking for bipartisan cooperation and compromise in Washington. Voters should remember Schumer’s statements in 2022 when he stands for re-election. 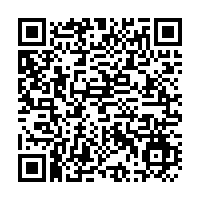