We Must Respond to Leftist Evil

Your editorial last week likening Democratic Party rhetoric to the revealed word of a religion was right on target. “Progressivism” is a dogmatic faith whose proponents regards opinions other than their own as beyond the pale.


Conservative views – associated with the Judeo-Christian tradition – are anathema to their cause and therefore intolerable. Progressivism has displaced biblical morality for them.

Last week, you also published a photo of Rep. Rashida Tlaib wearing a t-shirt with Israel replaced by Palestine, and just the other day the Arab List met with Benny Gantz, demanding that Jewish prayer not be allowed on the Temple Mount as a condition for supporting a Gantz-led government.

The enemies of Jewish laws and values have no problem articulating their vision on a world stage controlled by media in lock step with the political left. The response to this evil should be a public display of faith and strength by officially permitting Jews to pray on the Tempe Mount.

First Lady Eleanor Roosevelt said, “No one can make you feel inferior without your own consent.” For 53 years, since the miraculous liberation of the Temple Mount, the government of Israel has behaved like “grasshoppers,” refusing to acknowledge its obligation to apply Jewish sovereignty to our holiest site.

All anti-Semites will all disappear when Jews proudly, unashamedly, and unambiguously assert our G-d-given religious and nationalistic rights.

In these difficult economic times, it’s important to patronize your local neighborhood restaurants and businesses. If you’re working from home, take a short walk and order out. Shop at your local small stores.

Now is the time to help our local businesses to survive. If you can afford it, tip 20 percent or more against the total bill, including taxes. The extra dollars will add up for waiters and waitresses. Consider leaving a dollar or two for the cook, too. It will be appreciated.

Remember, these people are our neighbors. They work long hours, pay taxes, and provide jobs to our fellow citizens. If we don’t patronize our local restaurants and small businesses, they don’t eat either.

Time For Jews to Dump the Democrats

The first article was accompanied by a photograph of Michigan Democrat Rashida Tlaib wearing a t-shirt with Israel replaced by “Palestine.” The second article reported that the anti-Israel group IfNotNow – which falsely describes itself as “young Jews working to promote peace in the Middle East” – endorsed Bernie Sanders for president.

Where are our Jewish elected officials and why haven’t they taken a vocal stand against the Democratic Party for embracing the haters who have overtaken their party?

I have no illusions that the likes of Chuck Schumer and Adam Schiff could ever be persuaded to place Israel’s security ahead of their unbridled hatred for President Trump. The real mystery to me is why former Democratic politicians like Dov Hikind who unquestionably care deeply about Israel and appreciate President Trump’s unwavering support have not publicly renounced their Democratic Party membership and urged other Jewish Americans to do the same.

My Ancestors Were Frum

Rabbi Butman’s column last week infuriated me. By disparaging the state of Judaism in America in the first half of the 20th century, he in effect libeled my paternal grandfather, who emigrated from Bialystock in 1907 and brought his wife and two sons – one of whom was my father – to this goldene medina. He also in effect libeled my maternal great-uncle who brought my mother, her mother, and her grandmother here from Odessa in 1910.

All of these people were Orthodox. My grandfather blew shofar on Rosh Hashanah and Yom Kippur.

To claim that Jews who arrived here in the early 1900s were not really religious is an insult. I know Rabbi Butman is trying to buttress his claim that Lubavitch saved Orthodoxy, but the claim itself is false, as is his evidence.

I will end by noting that some rabbis urged their balabatim to stay in Europe to ensure that they remained observant. Many of these Jews wound up dying in the Holocaust while these very same rabbis escaped to the “treife medina” thanks to their connections.

Rabbi Butman Responds: The column never implied that Jews arriving from Eastern Europe were “never really religious” (as a careful reading of the column will confirm). It did state that the American Jewish establishment then was under the influence of German Reform Jews, making it much harder to re-create a fully observant Jewish environment as it had existed in Europe.

The difficulties of acclimatizing to life in a new country, with the daily struggle to make a living, caused some Jews to under-emphasize Jewish observance. The tragic results persist until today – when, unfortunately, most American Jews are not yet fully observant.

The letter-writer, along with many thousands of other American Jews, can take just pride in their courageous forebears who, at great personal cost, persisted in remaining faithful to the Torah in America. It was these Jews who, to their eternal credit, preserved the flame of Yiddishkeit in the vacuum that then, unfortunately, characterized the rest of American Jewry.

The contribution of Lubavitch was launching a large-scale movement that encouraged those many individuals to solidify and expand their accomplishments to re-create an environment in which Yiddishkeit could thrive for generations to come. Without minimizing the important contributions of others, it has succeeded.

In his open letter the other week, Rav Aharon Feldman suggested that even if Eretz Hakodesh won 50 out of the 152 U.S. seats in the World Zionist Congress, it would still be a minority and thus unable to ensure Torah standards in conversions, marriages, etc. in any body in which the World Zionist Organization has influence.

Eretz Hakodesh, however, was just one of several slates in the elections that supported kavod HaTorah and kedushat Eretz Yisrael. All these slates worked hard to get the vote out to protect the kedusha of Eretz Yisrael. If all together they get a majority of the 152 delegates, it would be a major victory for kavod Hashem.

I believe there was a clear message in the last day of voting just “happening” to come out on Shushan Purim. I think it was a message to unite against the dangerous agenda of the Congress’s progressive Reform delegates, who wish to destroy everything we have worked so hard for in establishing Torah life in Israel.

Turn Off The TV

Those who are feeling highly anxious or experiencing panic attacks due to the coronavirus should seek help from their doctor, clergyman, or therapist. The best thing you can do is stop listening to the talking heads on TV.

What is needed now is a bit of love and tenderness. Reach out to family members and friends, watch a movie, listen to music, pray, learn, take a hot shower or bath, relax, or go for a walk in a non-crowded area.

It’s All There in the Torah

I wrote a sefer 15 years ago titled The Secret Code of Jewish Years, in which I demonstrate that every verse in the Torah is a year. In it, I also connect world events to their corresponding verse in the Torah.

Since the new coronavirus outbreak is now a pandemic, I looked on Friday at the corresponding verse in the Torah for this year, 5780, and was amazed. The verse – Deuteronomy 32:24 – reads, “Me’zay ra’av ul’chumei reshef v’ketev meriri v’shen behemot ashalach bam im chamat zochalei afar.” Rabbi Aryeh Kaplan translates this verse as, “They will be bloated by famine, consumed by fever, cut down by bitter plague. I will send them fanged beasts [i.e., bats] and venomous creatures who crawl in the dust.”

The coronavirus pandemic was forecasted thousands of years ago by Hashem in the Torah! As we take every precaution, including washing our hands multiple times every day, may we never lose sight of the fact that our well-being ultimately lies in the hands of Hashem. 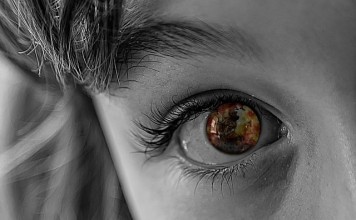 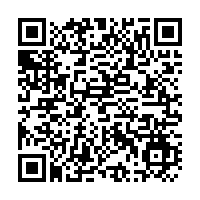