Knowingly or unknowingly, Mayor de Blasio has expressed the same views as those of classical anti-Semites over many centuries. There was no reason for the mayor to single out Jews; he certainly would not have singled out blacks or Latinos.


While he might have apologized, his words will still be used by bigots. Jews and the American electorate should be grateful that De Blasio was rejected in the Democratic presidential primary.

If I were forced to adopt the opinion of most Jews on abortion, I would choose not to be Jewish. A 2013 Pew survey found that 89 percent of Jews say “abortion should be legal in all or most cases.”

But I know these Jews are profoundly misguided, and, more importantly, I know that Judaism doesn’t espouse barbaric life-ending practices performed on unborn children.

It’s a great pity that the vast majority of Jews embrace the murderous ideology of abortion, but I know enough to ignore them and follow and celebrate Judaism for its tenet that nothing is more important than human life.

The only hope we have of bringing morality back to most Jews and prevent all Jews from being stained as baby-killers is Orthodox Jews, but where are they? They remain silent.

The MTA Long Needed a Scrub

I’m glad to hear that Governor Cuomo has asked the MTA to scrub clean all trains daily. I suggested this measure weeks ago.

Everyone has known for decades that the subway, bus, commuter rail, and ferries are Petri dishes for catching a cold, the flu, and other diseases. The growing homeless population that rides our subways and lives at stations have made matters worse.

But it should not have taken the coronavirus pandemic for the MTA to have decided to properly clean equipment and stations. Safety and security should be the number one priority – at all times.

My wife and I would like to help secure the future of The Jewish Press by buying a lifetime subscription. Reading The Jewish Press all the way out in Memphis, Tennessee helps us keep our fingers on the pulse of Jewish life in New York and beyond.

More than that, The Jewish Press has played such irreplaceable parts in our lives that we feel a responsibility to invest in its financial well-being.

My wife remembers avidly reading The Jewish Press each Shabbos since she was a young girl growing up in Brooklyn. Believe it or not, some of the happiest memories of Shabbos during my childhood years in Cleveland, Ohio, revolve around The Jewish Press as well.

I still smile as I remember lying down on the carpet beneath the lamp on my parents’ living room floor on Friday nights after the Shabbos seudah to read the cartoons of the Maharal and the Golem of Prague and the stories of King Solomon.

I would lie there on my belly fascinated, trying to stay awake as sleep inevitably overwhelmed me. At some point, my father would pick me up, and carry me upstairs to my bed, say Shema with me, and tuck me in for the night.

As a young boy, I’d often dream of the Maharal, the Golem, and Shlomo HaMelech. What marvelous memories of a happy home, a peaceful Shabbos, and a fantastic Jewish newspaper with content for all ages.

Re “Marvin Schick, Darshan And Doer” (obituary, May 1): I remember reading Reb Marvin Schick’s columns. He was a great writer and a wonderful person.

Our situation is dire. In New York, many have died in the hospital due to lack of care. Some hospitals instituted do-not-resuscitate orders and some patients weren’t fed or didn’t receive medication.

The political leadership is responsible – from the governor to the local councilmen. They have devalued life by promoting the most radical liberal agenda. Now we see the results. Life has lost its sacred value.

Our elected officials excused their vote for anti-Torah legislation by claiming we need to focus on funding for our institutions.

Are we going to admit now that promoting or voting for candidates whose values are antithetical to Torah values hurt us? Are we going to realize that any law that is anti-Torah has devastating results for our community? Will we wake up? 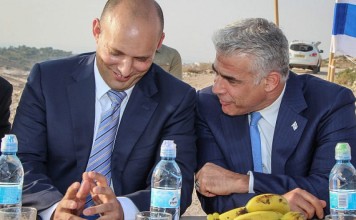 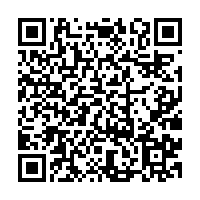