Move to Israel (I)


But moving to Israel isn’t about safety or Zionism. It’s about kedusha and the mitzvah of settling in Eretz HaKodesh, the land Hashem gave us as a gift. The Five Towns? Miami? Beverly Hills? He must be kidding.

Sadly, the full geulah isn’t here yet and there are problems in Israel, but the more Orthodox Jews settle in Israel, the easier it will be to fix some of these problems.

We recently read about the spies Moshe sent to see what life in Israel was like. They told the truth. It had wonderful fruit and a nice landscape, but giants dwelled there and it would be very difficult to live in such a land, the spies said. The punishment the Jews received for maligning Eretz Yisrael and believing bad reports about it was greater than the punishment they received for serving the Golden calf.

I suggest everyone consider his words very carefully before comparing our precious land of Israel to any other place on earth.

Last week, a reader objected to Rabbi Chanaya Weissman’s call to make aliyah, arguing, in part, that Orthodox Jews are not welcome among secular Israelis. In my opinion, this objection is unfounded.

Ever since the Zionist movement began, Orthodox Jews refrained from building the land, so the irreligious worked without us. Consequently and regrettably, a non-Torah spirit began to prevail in the land. Had Orthodox Jews joined in the building, Israel today would bear a completely different character – one of sanctity and purity.

When secular Jews see that we don’t reject them, they will come closer to us and improve their ways. Please read Rabbi Weissman’s book Go Up Like A Wall. Another resource is the excellent English-language translation of Eim Habanim Semeicha, written by Rabbi Yissachar Shlomo Teichtal during the Holocaust.

You will discover that our current situation resembles that of 2,500 years ago, when only a portion of the Jewish people returned to Eretz Yisrael from Bavel with Ezra.

While I can empathize with Mr. Horn’s pain, flag desecration is, indeed, a First Amendment right. The Supreme Court ruled so 30 years ago in Texas v. Johnson and United States v. Eichman.

Mr. Horn seems to advocate punishment for flag burners. President Trump has called for jailing them for a year. But punishing Americans for burning the flag would impinge upon the First Amendment, and free speech is fundamental to holding our leaders accountable. Protecting this right should transcend our beliefs about the flag.

The late Justice Antonin Scalia said, “If I were king, I would not allow people to go about burning the American flag. However, we have a First Amendment.”

My wife and I proudly display an American flag outside our home, and while we would never dream of burning it, we recognize that, among other things, it represents the ability of Americans to speak out against the government in whatever form they choose.

Mistreating the Widow and Orphan

The Three Weeks begins on Thursday. Covid-19 is on the rise again in Israel and the U.S. We just reread the fifth perek of Pirkei Avos.

The only explicit death penalty I can find in the Torah that G-d specifically says He’ll administer is in Parshas Mishpatim: “You shall not mistreat any widow or orphan. If you do mistreat them, I will heed their outcry when they cry out to Me! And My anger shall blaze forth and I will put you to death by the sword, and your own wives shall become widows and your children orphans!”

I personally know three widows – including my mother – who have been severely mistreated by supposedly frum Jews in Las Vegas, Monsey, and Lakewood. I dread to think how many more widows have been similarly ill-treated. Perhaps G-d finally unleashed the punishment discussed in Pirkei Avos.

In his column last week, Stephen Moore listed several poor reasons for not breaking up big tech companies like Google, Amazon, Apple, and Facebook. Indeed, he sings the praises of big tech companies, writing, “Nearly 70 percent [of small companies] said digital tools have been useful during the Covid-19 crisis.”

But breaking up tech conglomerates wouldn’t necessarily eliminate those digital tools. It would simply spread them among more entities. The monopoly-like hold on the market these tech companies enjoy leaves users at their mercy, especially when it comes to controversial information. Breaking these companies into smaller entities would give users more options and leverage.

Moore also implies that Congress shouldn’t look into Google’s biased search algorithms because it shouldn’t regulate political speech on the Internet. This argument, though, grossly distorts the issue.

If Google CEOs wrote a political article, that would be political speech. But when a user googles the names of political candidates, for example, and gets results that very much favor one candidate over another, that’s not political or free speech. It’s outright dishonesty.

Congress should absolutely investigate Google’s search algorithms to ensure that users get what they’re looking for – not what Google wants them to find.

A Mentch in Marriage

I enjoyed reading Rav Avigdor Miller’s answer last week about marriage. I agree that a person must strive to be a mentch before getting married to avoid the pitfalls inherent in every relationship. In marriage, spouses must exhibit respect, a sense of humor, and, whenever possible, compromise.

Storobin Is Spot On (I)

The op-ed in last week’s Jewish Press by David Storobin was excellent. He notes the destructive thinking of Jews who see the Democratic Party’s insidious left turn yet think they can make things better by remaining in the party.

Utter nonsense. The argument is laughable at best and self-destructive at worst.

Patrick Moynihan, Joseph Lieberman, and Scoop Jackson have been replaced by the likes of Ilhan Omar, Alexandria Ocasio-Cortez, and Rashida Tlaib. Can any sane person deny that these three, and many other Democrats are fiercely anti-Israel and, very often, disgustingly anti-Semitic?

So why won’t Democratic Jews denounce this political malignancy? Are they merely clinging to 100 years of loyalty to the Democratic Party? Is it because Momma and Papa, and Bubby and Zeidy, voted Democrat?

I believe the truth is worse: Fealty to the Democratic Party has become a religion for these people. It is their Torah, their synagogue, and their rabbi.

Judaism, to these people, is limited to writing checks, mostly to leftist organizations, and, perhaps, observing the High Holy Days. They’re reluctant to speak out forcefully on Israel’s well-being – or even its very existence – lest they be labeled “radical Zionists” by the leftist mob that controls the party.

It’s a sickness, and until a sizable number of Jews realize what’s at stake, matters will surely get worse. Mr. Storobin’s advice is on the mark: For G-d’s sake (and your own): leave this party, which has already left you years ago.

Storobin Is Spot On (II)

I very much enjoyed David Storobin’s op-ed last week on registering as Republicans.

When then President Obama refused to veto an anti-Israel motion in the United Nations, my wife and I left the Democratic Party, which has only grown more radical in the years since. We registered as Republicans and voted for Trump and will vote for him again in November.

Not long ago, President Trump said that any Jew who supports Democrats is crazy. He is absolutely right.

Chaim Deutsch’s effort to unseat Rep. Yvette Clarke (D-N.Y.) came up short. Apparently, the endorsements of rabbis, rebbetzins, and leading askanim in Midwood-Flatbush and Crown Heights were not enough to generate a sizable Orthodox voter turnout.

So far, the only response to Deutsch’s defeat in The Jewish Press has been David Storobin’s op-ed encouraging a mass flight to the Republican Party. But Storobin’s plan works only in a district where Orthodox and Russian-speaking Jews comprise the majority of voters.

Unfortunately in New York’s ninth congressional district, these two groups are outnumbered by Caribbean, African-American, and liberal whites who would never vote for the party of Donald Trump.

There are two lessons that the Orthodox community can learn from Deutch’s defeat:

1) Instead of promoting a frum candidate who looks like us, better to back a gentile or secular candidate who shares our views and has a better shot of getting elected. Such people include Councilwoman Farah Louis, Assembly Members Rodneyse Bichotte and Steven Cymbrowitz, and Reps. Grace Meng, Greg Meeks, and Hakeem Jeffries – all reliable supporters of Israel and our schools.

2) Redistricting is important. Other minority groups fight hard to have district lines drawn in a manner that will give them an effective voice. Orthodox Jews, too, must fight. We shouldn’t settle for gerrymandered solutions that disperse our strength among districts so that it is diluted amidst a liberal majority.

It’s horrifying to see so many Jews refusing to wear masks or practice social distancing.

This is a matter of life versus death, G-d forbid. Our rabbis and leaders must speak out before tragedy strikes again.

We all have lost members of our family and community, and it’s disgraceful that many arrogantly refuse to take simple measures to prevent further sickness and tragedy. Is there anything more basic in Yiddishkeit than choosing life?

In speaking at a rally last month in Arizona – a state experiencing an outbreak of corona cases – President Trump endangered the health of the college students who came to hear him, as well as the health of everyone they will come in contact with. The students were packed in, and many were not wearing masks.

The president recently signed an executive order to protect our country’s statues. If only he cared as much for human beings as he cares for inanimate monuments. 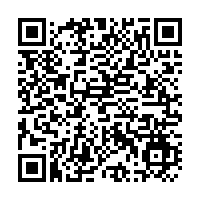