Can We Trust Them?

A very big yashar koach to Moshe Phillips for his op-ed on the Israel-UAE peace deal. I was beginning to think I was the only person with major qualms about the deal.


Why should Israel agree not to apply sovereignty over Jewish land? And why does it feel comfortable making an agreement with a Muslim country? It’s not Islamophobia to know Islam’s official position on peace treaties – i.e., that they may be broken as soon as the Islamic signatory believes it has the upper hand.

I think the adage of “Trust, but verify” is very apt. Our Jewish leaders must resist pressure from the leaders of the secular world, even from such staunch allies like the U.S. We must not put our trust in mere mortals. We must trust only Hashem.

Why Are Frum Jews Defending Democrats?

Kudos to Yaakov Dovid Homnick on his superb article lifting the veil on Agudath Israel’s long history of political duplicity. Unfortunately, Agudah is not the only body of observant Jews that has publicly defended Democrats. The Orthodox Union is guilty of this behavior too.

In 2016, Rabbi Menachem Genack, CEO of the OU, appeared at an election forum prior to the presidential election at which he strongly advocated on behalf of Clinton – this, despite the overwhelming evidence demonstrating that she is no friend of Israel.

How can any Jewish American – let alone an observant Jew – not vocally support President Trump who is described by Prime Minister Netanyahu as “the greatest friend that Israel has ever had in the White House”?

Clearly, though, when it comes to the priorities of some observant Jews, Israel’s safety and security seems to take a backseat.

I agree with almost everything Dennis Prager wrote in his column last week, “The Left Won’t Even Leave Science Alone,” but take issue with his contention that the left has only now politicized science.

Doomsday climate predictions that the earth will be destroyed within 10-20 years if no action is taken have been around for decades. When one prediction doesn’t prove true, alarmists just kick the can down the road and extend the deadline another 10-20 years or come up with a different doomsday prediction.

For example, in the 1970s, many highly-respected governmental agencies and media outlets warned of a coming ice age that would destroy this planet. That, of course, didn’t happen. In the 1990s, they predicted that the exact opposite phenomenon – global warming – would kill us all in a decade or two. Again, they were wrong.

Today, leftists call the impending earth destroyer “climate change,” a term that is so nebulous that it can mean anything anyone wants it to mean. In other words, it is meaningless, especially since the earth’s climate is constantly changing.

Climate change is now a pillar of the left. And by alarming the gullible public, politicians can get them to surrender their freedom to the powers-to-be – who will “rescue” them. They can dictate where Americans live, work, travel, eat, and ultimately – with the help of a cooperative media – think. After all, the planet’s future is at risk.

We Need a Renaissance of Faith

Once again, The Jewish Press hit a home run with its August 14th edition. Three articles in that issue zeroed in on the crux of the problem plaguing our country. It isn’t Trump or Biden. It’s godlessness.

The schism upon which America teeters is faith. Some Americans believe in G-d while others believe in man (aka the state).

In an interview conducted by chief editor Elliot Resnick, author and radio personality Eric Metaxas said: “there is no way to have genuine liberty…without a moral and virtuous people [which goes] hand in hand with faith.”

And Rabbi L-rd Jonathan Sacks writes, “Freedom is sustained only when a nation becomes a moral community,” adding that “the biblical foundation of a free society…has been almost completely lost to the liberal democracies of the West.”

This country cannot survive, as we know it, without a Trump victory and a Democratic defeat in both the House and Senate. These gains, though, would only represent a temporary respite unless the left’s control of the media and academia is broken.

American youth need to be reacquainted with the true story of our origins and with Mayflower Compact as the foundation stone of American Exceptionalism. The Calvinists of colonial times sought to construct a covenantal society modeled after the moral values contained in the Hebrew Bible, which they studied daily.

The mandate of being a light to the nations requires us to get politically involved in the renaissance of American faith.

The Death of Real Reporting

I have followed with much interest and appreciation Rabbi Eliezer Melamed’s series on halacha and the free press.

In 1970, I was hired by a small daily newspaper in Ohio. After the excitement of getting my dream job wore off, I experienced a constant struggle of conscience between the conviction that a free press is essential to a free society and the reality that the presses’ function seemed to be fulfilled largely by means of gossip. Would that the rabbi had been there to guide me through the wilderness!

In 1974, a year before I left the newspaper to enter graduate school and prepare for a different profession, I was deeply disturbed by the keynote speaker at the annual meeting of Ohio’s journalist’s association.

At the time, the books of Hunter S. Thompson had become very popular among journalists. Especially influential was his Hell’s Angels, written after he embedded himself in the Hell’s Angels motorcycle club for a year and saw – and possibly participated in – many of its criminal activities.

The keynote speaker uncritically predicted the universal practice of Thompson’s “advocacy journalism.” We had all been trained to be fair and objective when reporting so our readers could draw their own conclusions, but the speaker heralded a new journalist who would unapologetically promote his or her personal viewpoint.

Surely he must have known he was predicting the eventual demise of objective and careful journalism.

It’s Not the Schools’ Fault

I was both encouraged and disappointed by Rabbi Chaim Perkal’s op-ed by two weeks ago on Jewish education.

I couldn’t agree more that all Jews should be concerned with Jewish day school enrollment, but Rabbi Perkal’s approach seems to do more harm than good. Portraying schools like major corporations that are only concerned with their “bottom line” is false at best and destructive at worst.

Based on my experience with many schools across the country, I believe most work very hard at lowering costs and raising the necessary funds to cover the tuition of students whose parents are unable to afford it.

Telling schools to just “figure it out somehow” when it comes to budget shortfalls is not helpful. It promulgates an “us vs. them” destructive attitude, paints schools as money-grabbing institutions, and indirectly encourages more parents to leave day schools.

I also disagree with Rabbi Perkal on aliyah. I think parents making aliyah due to the high cost of education is a good thing. Parents putting their children in American public schools is not.

I invite Rabbi Perkal to join me in writing an op-ed that will put forth practical ideas to solve the problem of declining enrollment in out-of-town day schools. The next step will be to roll up our sleeves and put in significant work to implement these ideas. I look forward to partnering with Rabbi Perkal in tackling this issue.

The radical left’s goal is to dismantle all the institutions of the United States.

Cities are seeing mass protests, rioting, looting, and arson. Stores and businesses are being destroyed. Police stations, federal buildings, and courthouses are being firebombed. Statues are being torn down without regard for their historical meaning.

Thousands of citizens and police are being assaulted or killed. Retired St. Louis Police Captain David Dorn was murdered while protecting a friend’s pawn shop from looters. No one marched or protested for Captain Dorn, an African American. Evidently only some lives matter.

As far as I can tell, Biden stands for open borders, a weak military, defunding the police, blame America first, free speech only for the left, reduced support for Israel unless it compromises its security, the Iran Deal, BDS, energy dependence, reparations, and more regulations.

America’s future is at stake. Trump, like President Reagan, provides an optimistic vision of America as a “shining city on the hill.” Trump’s motto is “Make America Great Again” while Biden’s evidently is “Today Portland, tomorrow America.”

What could have inspired the Democratic National Committee to allot time for Linda Sarsour at its convention?

The Democrats need to make clear that anti-Semitism won’t be tolerated even if it comes from members of their party. To be fair, Joe Biden did essentially rebuke Sarsour, but the Biden-Harris ticket needs to more clearly separate itself from dispensers of hate.

Give Netanyahu the Benefit of the Doubt

Whatever one’s political gripes, credit must be given where credit is due. Prime Minister Netanyahu has built a coalition by maneuvering among fractious competitors and has championed the best interests of the state of Israel for decade now. He is the longest-serving prime minister in Israel’s history, an incredible accomplishment.

When asked a few years ago why Netanyahu had expressed support for the two-state solution, a retired Israeli army officer replied that Netanyahu probably figured Hamas would reject the idea and thus was “buying time” by saying “Yes” to a plan he knew it wouldn’t agree to.

I submit that the same explanation may be behind Netanyahu’s decision to delay extending sovereignty over portions of the West Bank. Let’s give the prime minister the benefit of the doubt. 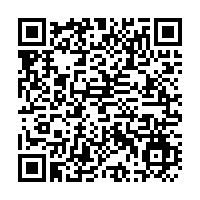