A letter writer in the September 25th edition of The Jewish Press said abortion should be a moral issue, not a legal one.

Morality without legality won’t do anything to stop heinous acts. That’s why abortion must be a legal issue, not just a moral one.

Several so-called Jewish news outlets are reporting that Annamie Paul became the first black Jewish leader of a major Canadian party on Saturday when she was elected head of Canada’s Green Party.

In fact, Paul is not Jewish. She “converted” to Judaism 20 years ago under the auspices of a Conservative rabbi – which means she isn’t halachically Jewish. Shame on “Jewish” news outlets for calling someone Jewish who isn’t Jewish according to Jewish tradition.

It’s no coincidence that Covid-19 levels are higher in Jewish neighborhoods where many people don’t wear masks or stand apart from one another.

These simple steps are scientifically proven to prevent the disease from spreading. It’s insane and inconsistent with Yiddishkeit not to try to prevent others from catching this serious and sometimes fatal disease.

It also isn’t fair to seniors like myself who cannot go to our favorite kosher stores since most, if not all, people in these stores don’t wear masks.

Justice Ginsburg Was No Hero

While the majority of the Jewish community memorialized the passing of Ruth Bader Ginsburg with expansive praise, we at the Jewish Pro-Life Foundation see her legacy corrupted by fanatical allegiance to abortion without limits.

Her brilliant intellect divorced from moral standards and natural law principles resulted in judicial decisions that lacked the most fundamental respect for life.

Although Justice Ginsburg remarked that her Jewish upbringing and the Holocaust informed her legal viewpoint, we contend that her jurisprudence failed to reflect the sanctity of human life so central to Judaism.

Justice Ginsburg talked of civil rights while consistently denying basic civil rights to humans in the womb. Her fidelity to the abortion industry leaves a tarnished legacy that overshadows any improvements for women for which she is lauded. May G-d have mercy on her soul. 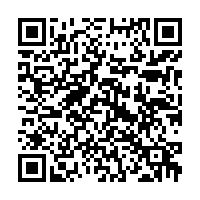