I often think about the full-page ad The Jewish Press ran in September that was signed by 150 doctors which asked us to follow Covid rules. You trust us with your children’s health and you trust us when you need to give birth to a baby, so please trust us now, too, it said.

On its surface, the argument is compelling. But ultimately it fails. Why do we trust doctors when giving birth or when our children become sick? First, because they have a very good track record. Second, because what they do seems to make sense. Third, because what’s our alternative? And fourth, because what’s the downside?

Doctor’s orders regarding Covid restrictions are very different. First, they don’t have a good track record. In the beginning of the pandemic, doctors arguably killed people by incubating them unnecessarily and neglecting them while barring their relatives – their advocates – from hospital rooms.

Many doctors also refused (and still refuse) to prescribe hydroxychloroquine simply because Trump touted the drug.

Second, doctors’ orders regarding this virus make little sense. They make no distinction between cloth masks (which don’t work) and N95 masks (which might work). They tell everyone to be careful even if they already had the virus and even if they’re 10 years old – even though the chances of these two groups of people being harmed from the virus are extremely, extremely miniscule.

Third, we have an alternative. We can follow publicly available data that shows that most Covid rules accomplish nothing.

Fourth, in the case of Covid rules, there is a huge downside – ruined business, depleted life savings; an increase in depression, addiction, extreme stress, and abuse; lost education; absence of human touch and affection; countless deaths due to undiagnosed cancers; etc. etc.

A Different Idea For Agunot

I noticed every week that you post a list of get refusers. Some of the names have been on this list for many years. I have another idea. Why don’t you also post the Hebrew names of the agunot so that the public can have them in mind?

I appreciate the fact that The Jewish Press wishes to thank Senator Chuck Schumer for the $3 billion he secured in private school funding in Congress’s so-called Covid Relief bill the other week, but it should really keep in mind the bigger picture. The bigger picture is that this bill was a monstrosity, a huge waste of money.

It’s nice when we get part of the pie, but the whole pie shouldn’t be there to begin with. The welfare state makes us dependent on government, which harms us. First, it makes us compromise our principles and cozy up to politicians who don’t deserve our support.

Second, it encourages us to rely on others rather than reach the ideal of being self-sufficient. We should never forget Rabbi Akiva’s statement that it is better to eat weekday meals on Shabbos than ask for a handout.

Finally, this bill may very well cause inflation, which will hurt us in the long run. 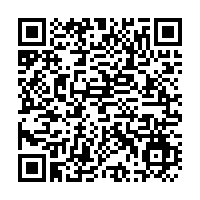