Last week, letter writer Larry Penner called a possible run by Andrew Giuliani for New York governor a “joke.” But who does Mr. Penner think he is? Where does he get the gall to say that?


Does he have a crystal ball that tells him the state’s registered Republicans will reject Giuliani? Have the qualifications for governor been rewritten so that only people who have the experience Mr. Penner feels they should have can run for governor?

I don’t know about Mr. Penner, but I plan to evaluate Giuliani based upon objective criteria: Facts. Debate performance. Positions on the critical issues facing our state, particularly Covid recovery. Etc.

The name of his father will make no difference to me.

We Need a ‘Background Check’ on Society

President Biden’s response to the recent rash of mass shootings is, “It’s embarrassing.” Actually, what’s embarrassing is that Biden is apparently so far removed from moral values that he finds mass murder nothing more than “embarrassing.”

What we’re witnessing these days is evil run amok. Unfortunately, a higher power and moral values are foreign concepts to many people today. As Dennis Prager puts it, “Without the G-d of the Bible, there are no moral facts.”

Governor Andrew Cuomo’s outrageous response to the Covid pandemic exemplifies the disconnect between contemporary society and G-d. He said, “The number [of Covid cases] is down, because we brought the number down. G-d did not do that. Faith did not do that.”

Similarly, many people prone to violence apparently don’t believe they will suffer any consequence in the next world when they kill others along with themselves.

After every mass shooting, we hear phony, diversionary cries about gun control instead of recognition that there’s a fundamental problem with society’s moral compass. They make it sound like these murderers are decent human beings who kill only because too many guns are available for purchase.

What we need to stop mass shootings is a “background check” on society. There is ample evidence to support that a moral upbringing and environment almost completely eliminates extreme violent behavior. So if you want most depraved elements of society to improve, you need to address its morally deficient disposition.

Rep. Nadler Has Gone Off the Deep End

Rep. Jerry Nadler’s calls for reparations to descendants of slaves makes no sense, and it comes just days after he announced his support for expanding the Supreme Court from nine to thirteen justices – a scheme known as court packing.

Justice Ruth Bader Ginsburg opposed the scheme, as do many current serving justices including Stephen Breyer, and President Franklin Roosevelt failed to advance it in the 1930s despite huge majorities in the Congress. It was soundly defeated then and should suffer the same fate today.

Rep. Nadler was once a traditional New York Manhattan liberal. Today, he is an out of touch radical socialist who has more in common with Rep. Alexandria Ocasio-Cortez than the majority of constituents he represented. And now he wants reparations for the descendants of slaves.

But how could anyone possibly fairly distribute such money to 40 million African-American citizens alive today?

And why should everyone pay for it? My Jewish ancestors weren’t in America then. They were too busy running away from the Cossacks and the pogroms.

Several African-American generations have benefited and grown over the past 57 years – since the passage of the 1964 Civil Rights Act. It’s time to move on rather than go back over 156 years to relitigate slavery.

President Biden, Senator Majority leader Schumer, and House Speaker Pelosi promised to unite our nation. Nadler’s support for reparations will only serve to further divide it into warring tribes. A mainstream moderate candidate must run against him in the 2022 primaries. 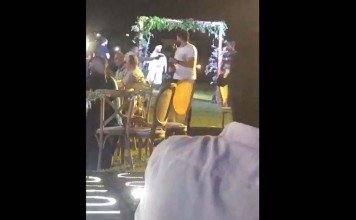 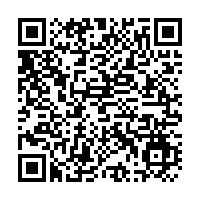