I write this letter with the utmost respect for Rav Hershel Schachter, and I would not dare to challenge him on halacha. Further, I would not be writing this letter if not for his concluding statement (“Is One Obligated to Get the Covid Vaccine?” July 9) that the community has a right to bar those children from attending schools who have not received a Covid-19 vaccine. It is not at all settled science that these vaccines are safe for all or necessary for all, especially for children.


Currently, there is no federal or state law that mandates children to receive a Covid-19 vaccine. Therefore, I question whether Jewish law will adopt a more severe position than currently exists in the “law of the land” regarding Jewish children engaged in Torah learning. This would be a mournful situation. I shudder to think, chas v’shalom, what Hashem’s response might be if the voice of any Jewish child learning Torah is silenced because he is not vaccinated.

It was not long ago that the Jewish community endured the lamentable situation when children were banned from yeshivot because they had not received a measles vaccine. We pray that Hashem heeds all of our voices, especially those of our pure and precious children.

The Blessings of Rain

In last week’s Jewish Press, Rabbi Moshe Meir Weiss (July 9) wrote about the blessings of rain and how parents say OY it’s raining and our plans are spoiled, thus passing on this negative feeling to their children.

In Israel where I live, the children are overjoyed when the rainy season begins. In nursery school the children are taught a rain dance and do this little dance whenever it rains. We, the adults, know just how precious rain is because it is seasonal in Israel. Sometimes I have been tempted to look askance at a downpour just when I was starting to go out, but quickly stop myself and thank Hashem for the blessing of rain.

Regarding the op-ed “We Must Expand Outreach To Evangelicals, Despite The Risks” by Rabbi Tuly Weisz (July 2): I completely appreciate the historical significance of former adversaries becoming allies. The fact that these communities support Israel and Jews is something to be appreciated, especially in backdrop of the difficult historical relationship

However, I would like to address a few specific points raised by Rabbi Weisz:

This is a religiously problematic action, and one would think such programmatic shifts in Jewish policy (and halacha) should be a top-down decision – leading poskim should be consulted and asked if this even allowed.

Likewise, the acceptance of money from the Evangelicals is not a simple decision. While in some cases it may be allowed, in others it may be tantamount to a chilul Hashem. I am aware of a situation where a world renowned posek allowed the acceptance of funds from Evangelists on the condition that there are no conditions to the gift. There are nuances in each case which require a competent posek.

Moreover, anyone accepting Christian money should either not be a part of the conversation or should state the conflict of interest, so others could take their words with a large grain of salt. If one thinks that someone handing over millions of dollars has no interest of anything in return, I suspect that they are being quite naïve.

I think that this sentence is someplace between wishful thinking and hyperbole. It would arguably help with some who happen to have a theological need to fit us into their worldview. We need to remember the evangelicals – evangelize. They have a message to share. Recent events in Israel (mentioned by Rabbi Weisz) underscore the situation that currently exists where Jews are the target of missionaries who are sometimes placed undercover in Jewish communities.

Moreover, the political problem that Israel currently faces is primarily on the other side of the political spectrum. Aligning (exclusively or over-enthusiastically) with the Evangelical right will likely cause more political disservice than the possible gain.

This is a very unfortunate paragraph. This “enthusiasm and religious zeal” brought us the crusades and blood libels. One shudders to think about the amount of Jewish suffering experienced due to this “enthusiasm” and how many lives have been lost due to the “religious zeal.” I find it hard to believe that Rabbeinu Tam, who was beaten almost to death, admired the behavior of the perpetrators.

If being a “light to the nations” is our destiny, it will be accomplished. One doubts that the divine plan can only be accomplished in this particular manner.

As noted above, this may or may not be true on a practical basis, but on a theological basis there is a much deeper issue which is being obscured. We (the Jewish People, especially those in Israel) are pawns in an end-of-days gambit on the part of the Evangelicals. One only need consult their writings to see such concepts as “antichrist,” “Armageddon,” “second coming,” and “apocalypse”… there are actually some incredible strings attached, in the sense of a desire for us to help them create their vision of the end of days.

It wasn’t that long ago that Rabbi Soloveitchik set down important guidelines for interdenominational discussion. It seems that his voice has been eclipsed by those who are on the accepting end of the largesse of the Evangelical community.

As Tisha B’Av approaches, it’s worth looking at three facts, two from the past and one from the present, to illustrate that there is reason for concern. First, Nebuchadnezzar, even after hearing a bat kol for 18 years to destroy Jerusalem, was afraid to move on it, especially because he saw the destruction of Sancheiriv’s troops many years earlier.

Second, the first Temple was destroyed because the Jews didn’t appreciate the Torah. They were involved in its study, but it wasn’t viewed as the most important thing in their lives.

Third is the recent failed passage of the Citizenship Law by the Bennett government. Putting all these facts together, we find ourselves in a calamity. We look back and see Nebuchadnezzar, who despite being an enemy of the Jews, appreciated the sanctity of Jerusalem and feared to attack it, whereas the current government can’t pass laws to protect its own citizens – instead, putting Jerusalem and the whole of Israel in jeopardy.

And we are in a situation where we must be concerned that we are not prioritizing Torah, exacerbated by a government that’s looking to undermine the Torah community. Perhaps the only antidote left is to appreciate the Torah with such vigor that it’s viewed as the priority in our lives. In doing so, we can hope to no longer be the generation that didn’t have the Temple rebuilt in its days.

The Sad State of Holocaust Education

Teaching Holocaust is not easy. Holocaust is like a bottomless pit, like a mine from which the details of the unfathomable heinous horrors need to be scooped out. A teacher’s “skirting around the periphery” of those camps is not knowledge. What the students need to know is what went on inside those camps. The heart and soul of Holocaust education is in the details, in the indescribable horrors and not in statistics or in geography. Statistics are hollow, empty and leave no impression. The teaching organization should engage only well equipped, well read experts in the wide area of Holocaust literature in order to make Holocaust teaching dimensional and give it structure and foundation, with the result that Holocaust education would be as it should be.

“When at first you don’t succeed, try, try again.” When the intended venture is realized as misguided, however, a better choice is “one and done.”

Such is the case with the new Ranked Choice Voting scheme, hyped by proponents as uber democratic, but actually highly undemocratic. Like many other recent tweaks to voting systems, “progressives” promote that highly complicated system towards advancing their prospects of winning otherwise unwinnable elections.

New York City has now barely escaped having a radical Democrat candidate for mayor. Even though he initially won by a sizable plurality, Eric Adams’s lead steadily shrunk as absentee ballots were counted, and the reassignment of second choice votes began. Should he have lost, that would not have been a “bug” in the system, but its very purpose.

Primaries, with their extremely low turnouts, and lots of voters unfamiliar with such abstruse features, are particularly susceptible to such manipulation. They already have become a baneful force in American politics, shifting power in both major parties toward their extremes. Reckless loosening of safeguards against voting fraud, though, are far more destructive to public confidence in free and fair elections. Voting used to be restricted to Election Day, with provision for absentee ballots for legitimate reasons, with candidates garnering a plurality of the vote declared the winners – normal not long after the polls closed. No longer.

Among many other questionable innovations, Ranked Choice Voting is a shameless attempt to thwart the expressed will of the voters. Don’t try it again!

To say that I was disgusted when I heard the speech by Randi Weingarten, head of the AFT, one of the largest teachers unions, lauding Critical Race Theory, would be a gross understatement of my feelings. From what I understand, CRT is a reverse Jim Crow philosophy with a distortion of history thrown in to add “veracity.” To picture my union or any group promoting racial hatred, distortions and divisions is almost unthinkable. Unfortunately this seems to be what the future portends, in areas where it has not already taken hold.

These ideologues are pushing us into situations that we have seen before in Germany, the USSR and its satellites, and Communist China.  I wish that I could say that the “re-education camps” are on the horizon, but they or their surrogates are already here.

It seems that the only silver lining will be the many parents and others who have been awakened to fight the aberration of this bigotry. Schools and local school boards are now facing scrutiny.

Hopefully the UFT, other organizations and the Jewish Federations will denounce and not work for the implementation of CRT or the same indoctrination program under different names, anywhere. “Honest History,” as CRT was described by Weingarten, cannot be built on the distortion and presentation of skewed information. All leaders within our communities must ensure that this indoctrination is not presented in any of the educational programs supported by our synagogues or any other Jewish groups. 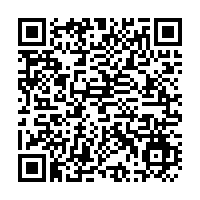