Unorthodox: Free Will or Manipulation?

With reference to the well-written article by Dr. Chani Miller (“Dear Julia Haart,” July 23), though Dr. Miller made many true observations with regards to the new Netflix show “My Unorthodox Life,” I believe that some substantial points are missing.

First, I am not sure who chose the name “My Unorthodox Life” for the documentary, as clearly the name should have been “My Manipulative Tactics,” as it is obvious from every episode of the show how manipulative she is, from dictating to her daughter Bat-Sheva not to get pregnant – against her husband’s wish – to going as far as arranging for her 14-year-old son Aron, who refused to speak to girls, a “coincidental” meeting with a girl he once befriended. All, of course, in the name of “love.”

Those manipulations are so obvious throughout the show that her own son together with his friend made fun of her in Episode 7 describing how she was “crying” because he would not talk to girls.

One can observe how she uses her manipulative ability to brainwash all her kids to completely give up Jewish tradition and won’t stop even at the cost of making her younger daughter hefker.

Second, yes, it’s her own right to lead an “unorthodox life” as this is what free will is all about. One can even understand her teenage rebellious actions in being defiant towards her family, community, tradition, and to our long proud Jewish heritage, but it’s another to be so defiant against Hashem, which again is very obvious throughout the show.

Third, I keep wondering why would her ex-husband would agree to participate in this show, which seems to be (at least from the way he looks) against his religious beliefs. In his defense, I can only imagine how she manipulated him to participate, threatening that otherwise she would, with her financial ability, strip him of his right to see his younger son Aron.

Talking about her financial success, which she attributes only to her own doing and nothing to G-d, I was wondering why she merited such success, but last week Torah’s portion, Va’etchanan, may have given me a possible answer. (See Rashi 7:10 in the parsha.)

Finally, at the very end of her article Dr. Miller reminds Julia that “no matter how far away you run, you’re always welcome home.” While this is very true, in the meantime until she does so, let’s call the “baby” by it’s name. This person is evil and poisonous, surely to her children and to anyone who comes in contact with her, as her own CFO testified that she would throw under the bus anyone who messes with her.

I appreciate Haart’s viewpoint, and I agree with quite a bit of it. I live a beautiful frum life. I really believe this community of mine is open and open-minded and accepting.

And for every hour that’s broadcast on TV, there are days on the cutting room floor. I one-hundred percent agree that the girl who wanted to leave Monsey didn’t need a makeover, she needed a resume. But you know as well as I that job skills don’t make good television. And everyone loves a makeover.

This is a TV show. It’s not a documentary. It’s not journalism. It’s not even Julia’s version of the truth. It’s the pieces of Julia’s story that Netflix thinks is interesting enough to tell.

Where are the Palestinian Caravans?

The letter to U.S. governors by Israeli Ambassador, Gilad Erdan, stating that “[t]he BDS movement is not interested in promoting peace or a better future for the Palestinians, but rather in demonizing and discriminating against Israel,” is as true as Ben & Jerry’s “moral indignation” is phony. Here in America, at our southern border, we’re unfortunately quite familiar with the extent to which people are willing to go when they’re experiencing persecution or abysmal living conditions. They’re willing to trek for thousands of miles and put their lives in danger to find a better place to live.

If Israel were mistreating the Palestinians by only half of what the anti-Semites around the world would like to believe, we’d likely hear from Palestinians in some violent ways about how they’re desperate to leave. My guess is Israel would probably be more than happy to escort them to another country. Where are the Palestinian caravans trekking through Israel to get to Syria, Lebanon, Egypt or Jordan? There are none. Why not? Because the notion that Israel mistreats Palestinians is nothing but a racist, anti-Semitic libel against the Jewish State!

The BDS movement gives morally bankrupt people the opportunity to openly spew bigotry and hatred disguised as righteousness, creating an environment in which Palestinians garner worldwide attention and get showered with millions of dollars from foreign governments, including from our current mindless Biden administration. And Israel, the most democratic and generous country in the region, suffers unwarranted notoriety. The BDS movement is pure anti-Semitism in its ugliest form and should be vigorously fought.

More on Jews and Evangelicals

In an op-ed (“We Must Expand Outreach to Evangelicals,” July 2), Rabbi Tuly Weisz writes, “If more Jews, especially frum Jews who believe in the Torah, boldly reach out to our Evangelical friends, we can transform Israel from the most hated country in the world into the most beloved.”

Israel is the only safe haven Jewish people have from anti-Semitism. As such, understanding the legitimacy of Israel is of great importance. All of us in the Jewish community should reach out to neighbors and explain why this tiny piece of land is so critical for our people’s safety.

Yet it is staggeringly odd to suggest that Israel’s problem is that it is not well enough accepted by American Evangelical conservative Christians, and that the solution is more collaboration between Orthodoxy and the Evangelical community.

In point of fact, Israel has long been widely accepted by most Evangelical Christians. Most understand that Jewish people are indigenous to Israel, and that if Israel becomes seriously threatened then all Jews would face another genocide.

Given that this community already supports Israel, one wonders why the author wants the Orthodox community to more tightly collaborate with evangelicals. That would do nothing more to safeguard Israel. It seems more like a thinly veiled political alliance than anything else.

Some of these groups might believe they have reason to stand against Israel, but the clear record is that groups they support – BDS, JVP, SJP – support terrorist groups who kill Jews.

Logically, outreach is aimed at people who don’t already agree with us. One feels that the author might be afraid of doing so precisely because that would require respectful dialogue with religious yet non-Orthodox Jews, secular Jews, non-evangelical Christians and Muslims. But that’s what’s required to actually increase support for Israel. 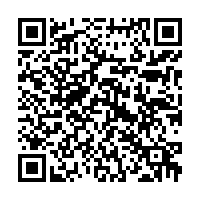