A Reasoned Approach to Abortion

I applaud “Jews and Abortion in Secular Law,” by Rabbis Michael Broyde and Gidon Rothstein (May 20). Their highly nuanced piece buttresses the calm assessment that I believe we must employ regarding this highly sensitive issue.


Almost 40 years ago, I wrote an opinion article concerning abortion in a (now defunct) Jewish magazine, and I stand by the points I made. I argued that observant Jews would do well to tread lightly regarding abortion. I listed numerous reasons for my view, including: 1. Judaism does not consider the life of a fetus equivalent to the life of a born person; 2. Even if one classifies abortion under the rubric of murder, that is because the procedure fits the broad category of taking a life, not because it is the same as taking a human life; and 3. There are times when Judaism requires one to abort, and we should not risk having a law that does not permit abortion in those circumstances.

Further, there are instances where, even lacking a threat to the life of the mother, great rabbanim have agreed that one can abort. A prominent recent instance was that of a Tay-Sachs fetus. Rabbi Eliezer Waldenberg, in Responsa Tzitz Eliezer 13:102, permitted abortion of such a fetus until the seventh month of pregnancy. Rabbi Moshe Feinstein strongly disagreed, and this debate dovetails with my view: If even in one religion there is such a gamut of opinion regarding abortion, that diversity multiplies when you add the views of other faiths. It is important, then, that the law should be fluid enough to allow flexibility.

I explained that American law is highly informed by the Jewish and Christian traditions, and indeed, moral law cannot logically stand without a religious basis. (If G-d did not command moral laws, then all morality is relative, and anything goes, including same-sex marriage and euthanasia.) Yet if we examine these religious traditions and do not find broad agreement on a subject, we are better served by not legislating.

I should add that while Jewish law finds leeway beyond cases where the mother’s life is threatened by the pregnancy, we must never forget that to us, all human life is precious. Judaism does not recognize the pro-choice argument that a woman has the full right to do what she wishes with her body, especially when an additional body is impacted. In the ideal world, every fetus whose presence does not pose a danger to the mother would be carried to term. But our world is not ideal, and so as Jews, and as Americans, we should support reasonable access to abortion. Will every abortion suit Judaism’s view? No, but this is not a Jewish country, and so we should seek to maintain our right to abortion when necessary while simultaneously using moral suasion to urge women to carry fetuses to term.

Regarding “Ode to the Ugliest Building in Jerusalem” (May 27):

If I remember correctly, Rabbi Elazar ben Shimon was beside himself after he described a person as ugly (Ta’anit 20b).

Granted, brick and stones are devoid of feelings, but residents of the Amir Center may feel slighted.

Surely, an equally eye-grabbing headline could have been created without demeaning the Amir Center as being ugly.

When Silence Is Not Golden

The Torah describes Aharon HaKohen’s reaction to the death of his two sons as “Vayidom Aharon, Aharon was silent.” He had nothing to say in complaint to Hashem.

It seems that Jewish blood as usual is cheap according to Democrat administrations and certain “news” media. Where was the hue and cry when innocent Jewish civilians were brutally murdered by terrorists in the past?

Some of these Jewish victims were American citizens as well, yet not a solitary peep out of the Biden administration. An Arab reporter gets shot and killed during a firefight between the IDF and terrorists and the blame for her death is automatically placed on the IDF with no legitimate evidence or proof whatsoever. The FBI must be sent to investigate this crime is the hue and cry!

It has yet to be determined who actually fired the shot that killed the Al Jazeera journalist, yet the antisemites pile it on. Why is there no accountability assigned to the Arabs that refuse to accede to an honest and forthright investigation of the shooting? This alone speaks volumes regarding where the blame lies for this death. It is better to utilize this unfortunate event as a blood libel against Israel and the IDF, and there are so many willing accomplices to this heinous demonization of Jews and the Jewish state. Even if it was an IDF bullet that killed Abu Akleh, should anyone really believe that the most moral military on the face of the earth deliberately targeted a journalist?

Put G-d Back in Society

Another mass shooting in Texas. Now we’re going to hear all the platitudes. “We have to take back our streets.” “Enough is enough.” “We have to stick together.” A thug will not keep from killing someone because he heard this at a rally. We’re seeing all this violence because there is no G-d in these people’s lives. They took G-d out of schools and teachers can get fired for discussing G-d. It also makes it sound like G-d is some kind of a terrible thing to talk about. So if a kid thinks he can get away with killing someone, or he doesn’t care if he gets caught, what should stop him? He doesn’t think G-d will punish him, to him there is no G-d. The kids who are already evil, there is nothing that can be done about it. But the next generation they can still save by putting G-d back into not just school but into our society. 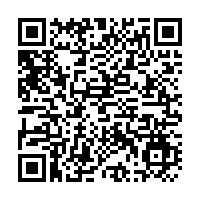