In these difficult economic times, when families are struggling with yeshiva tuition and other expenses, Kehilas Mevakshai Hashem of Midwood, Brooklyn, is proud to offer free seats for the Yomim Noraim as a public service to the community.

Anyone in walking distance of our shul, whether adult or mature (non-noisy) child, is welcome to daven in our well-lit, air-conditioned, roomy, ground level bais haknesses.

Best wishes to all of Klal Yisrael for a k?siva v?chasima tova and thanks to The Jewish Press for publicizing this community service.

Rabbi Sholom Klass, of blessed memory, the co-founder of The Jewish Press, showed great foresight when he introduced Rudolph Giuliani to the Jewish community. Mr. Giuliani has proven to be a loyal supporter of the Jews, as he demonstrated yet again last week. From the start of his speech he was there for our community, using the 1972 Munich Olympics massacre and the murder of Leon Klinghoffer aboard the Achille Lauro as two examples of the evil of terrorism.

In the case of the Achille Lauro, Mr. Klinghoffer was an American, and it wasn’t necessary for Mr. Giuliani to emphasize his Jewishness – yet he did. Mr. Giuliani also ridiculed the awarding of the Nobel Peace Prize to Yasir Arafat and supported the need for the much-maligned security fence in Israel.

With his speech, Mr. Giuliani demonstrated anew that Rabbi Sholom Klass knew what a great friend Rudolph Giuliani would be for all of us.

I appreciate Steven Plaut’s stinging rebuke in last week’s Letters section to two readers who were upset that he referred to Baruch Goldstein as a ‘fanatic’ in his Aug. 27 article ‘Gush Katif Memories.’

I’m as right-wing and as hawkish as they come – I believe in swift and massive retaliation for every terrorist atrocity, the death penalty for every terrorist, and the eradication of all Palestinian terror groups. That said, I absolutely cannot abide the mentality of certain Jews who view every Arab as a terrorist or a potential terrorist and worthy of mistreatment at best, Baruch Goldstein-type justice at worst.

The charge made by one of Mr. Plaut’s critics concerning plots against Jews being hatched at the mosque has never been verified. And even if it were true, Goldstein had no way of knowing which of those plotting Arabs, if any, were among those praying the day he embarked on his cold-blooded, murderous rampage.

Anyone who would justify the indiscriminate killing of any group of people because of rumors and allegations has descended to the level of the savage terrorists we claim to abhor.

I was dismayed by Professor Plaut’s referring to Dr. Baruch Goldstein as a “fanatic” and extremely troubled by his subsequent response to those who took issue with his characterization.

The March 11, 1994 issue of The Jewish Press contained a letter from Carl Bishop of Rancho Mirage, California. Mr. Bishop wrote:

“I visited the cave of the Patriarchs on four occasions during the week prior to Goldstein’s courageous act. Each time I was threatened and struck by the Arabs. On Friday night, February 18,1994, during Sabbath prayers, some of the Arabs rioted and came running into the area which had been assigned to Jews only…. The following morning there were several scuffles which resulted from death threats and insults by Arabs who had again spilled over into contact with Jews during their prayers…. Immediately following Havdalah, Saturday night, February 19,1994, the Arabs came pouring into the area where Jews were congregated yelling “murder the Jews”…. I returned on Wednesday afternoon, Feb. 23, and it was apparent nothing had changed. In my opinion another Arab massacre of Jews was imminent…”

According to his father, a few days before Purim a high ranking IDF officer came to Baruch Goldstein and urged him to prepare emergency operating facilities for an expected Purim attack on Jews. It was also reported that weapons were found under the carpets in the room (the Isaac and Rebecca Hall) where the Arabs were supposed to be praying.

The official death certificate shows the cause of Dr. Baruch Goldstein’s death as “murder.” The Shamgar commission ruled that he was already disarmed and helpless when he was held and killed. Where were the unarmed descendants of Ishmael and where was Professor Plaut in February 1994?

Steven Plaut responds: As my original article on Gush Katif made clear, had Ms. Rosenfeld bothered to read it, where exactly Plaut was in February 1994 was smack in the Gaza Strip serving in the Israeli army reserves. You know, the same Israeli army whose job it was – it was not Baruch Goldstein’s – to deal with security threats, real or imaginary.

Much Ado About Chickens

Just when I thought I’d seen it all, there is something new in the Orthodox world – “chassidishe chickens.” This is I find mind-boggling.

The Jewish Press (along with a number of other Jewish newspapers) reported in its issue of Sept. 3 the fact that Empire poultry recently added the supervision of K’hal Adas Yeshurun (KAJ). Empire has been under the supervision of the Orthodox Union (OU) since 1938 and will continue to retain the supervision of this organization as well. However, it was only Rabbi Gershon Tannenbaum’s “My Machberes” column that reported this news under the heading “Empire’s Chassidishe Chickens.”

The move by Empire to add KAJ to its labels is motivated by the company’s desire to be “more acceptable” to the haredi/chassidic consumer. This is certainly understandable. After all, the company is in business to make money. However, how the addition of the KAJ supervision makes Empire’s chickens “chassidishe” is beyond me. First of all, KAJ is in no way, shape, manner or form a chassidishe organization. It was founded by Harav Dr. Yosef Breuer, zt”l, the grandson of Rav Shimshon Rafoel Hirsch, zt”l.

The kehilla Rav Breuer established in Washington Heights is the heir to the Frankfurt Kehilla that his grandfather built. It was and is based on the authentic Ashkenaz minhagim of previous generations. Rav Shimon Schwab, zt”l, Rav Breuer’s successor, once wrote that KAJ had reestablished the nusach and customs of Rashi and the Baalei Tosephos. Therefore, to claim that the addition of the KAJ symbol on an Empire chicken in some way or other makes it a “chassidishe chicken” is bizarre, to say the least. How can a supervision with deep roots in the non-chassidic world make anything chassidish?

If Anything, They’re Yeshivish

Besides the obvious question of what makes a chicken chassidic (does the chicken wear a gartel?), Rabbi Tannenbaum’s article raises numerous issues.

Rabbi Tannenbaum writes that while KAJ is “not not necessarily considered a Chassidishe community on the American horizon, KAJ nevertheless is proudly defined as right wing.”

In fact, KAJ is a completely non-chassidic community if there ever was one in the United States. The nusach is Ashkenaz, the members are almost completely not chassidic and the rabbis are products of non-chassidic yeshivas. If anything, it is a yeshivishe community following the minhagim of Frankfurt, Germany, as established by Rabbi Samson R. Hirsch.

As far as being “proudly defined as right wing,” Rabbi Tannenbaum surely realizes that a primary reason that KAJ’s kashruth supervision is almost universally accepted is because the community’s rabbinate, commencing with Rav Dr. Joseph Breuer and its lay leadership, have held the community and all its institutions not only to the highest ritual standards but, just as important, to the highest ethical standards.

It is this high ethical standard that makes this hashgocha the gold standard in kashruth in the United States, as everyone knows that there is no way that KAJ will cut corners and accept financial incentives to look the other way.

Thus it is hardly the chassidic standards that are important here (if that were crucial, there are dozens upon dozens of chassidic kashruth groups that would jump at the chance to supervise a plant like Empire), but the high ethical standards of KAJ that directly impact on its high ritual standards.

I think it’s time we adopted a “post-denominational “label in Orthodoxy. Let’s not worry if a rabbi or layman is Modern Orthodox, chassidic or yeshivish; rather, let’s see if that person is an erliche Yid.

The Business Of Kashrus

You might have noticed that Empire Chicken is engaged in a marketing campaign touting the recent addition of the KAJ hechsher to the company’s existing OU certification. Empire has been running a full-page ad in major Jewish publications (which you can see along with a press release at www.empirekosher.com/pages/dualcert.html).

Immediately in the ad the company proclaim it is “Number One” because it has dual certifications. In other words, the quantity of hechsherim is what determines the quality and reliability of a kosher product. (By implication, they haven’t been Number One until now, and by further implication, a chicken that has three hechsherim would be superior. But this is besides the point.)

The ad goes on: “Empire Kosher already carries the most reliable kosher certification, the Orthodox Union, OU. Now, we are pleased to announce the addition of K’hal Adath Jeshurun, KAJ, one of the oldest and most trusted kosher certifying agencies in the U.S.”

Hold on. If OU is “the most reliable,” why should any other hechsher be necessary altogether? If “the most reliable” supervision isn’t enough, what could any other certification, by definition inferior, add to make things better? Clearly Empire is banking (quite literally) on the assumption that the kosher-keeping public has little intelligence or knowledge, and can be fooled by silly marketing buzzwords. Is Empire wrong for believing this?

The ad concludes that “This new certification is just the latest step in our unyielding quest to offer consumers the best in kosher poultry.” Very dramatic words. We are so pious and religious, just like you, and we’ll do everything we can to keep kosher, just like you would. That’s why we added this hechsher.

Now comes the press release. The CEO of Empire is quoted as saying, “As customers ourselves, we understand that in order to appeal to the broadest possible kosher clientele, Empire must demonstrate compliance with the standards of a number of organizations.”

In other words, this was a business decision, not a kashrus decision, and one based on the fact that a large untapped market of kosher consumers simply won’t eat OU products, regardless of how reliable OU might actually be. We have determined that we will make more money if we cater to a lower common denominator.

Cherry on top: “Van Naarden [the CEO] noted that KAJ’s recent, thorough review had disclosed no issues with practice or procedure anywhere in the plant.” In other words, Empire chickens are exactly the same as they’ve always been, but Jews who previously would kasher their dishes if an Empire chicken touched them will now run to buy Empire chickens like we ran to buy Oreo cookies.

I’d feel better if the kosher industry and its overseers did more to educate their clientele about what really matters, rather than perpetuating and capitalizing on ignorance and fear. Instead of raising the bar of pseudo-kashrus “standards,” instead of catering to the Jewish street, how about raising the bar of knowledge and common sense?

My religion has been warped into a business. 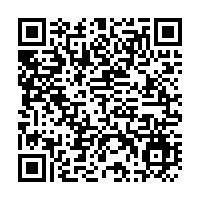