Thank you for the informative and inspiring op-ed about the Ruzhiner Rebbe written by Dr. Amy Neustein (March 25). Reading it not only brought me feelings of confidence and courage as I was reminded once again of the irrepressible life force of our Eastern European Jewish progenitors, but also warmed me with memories of my dear (but now departed) friend, Rebbetzin Shirley Friedberg Neustein of Brooklyn.

Rebbetzin Neustein had a marvelous way about her that was seen in her loving and comforting smile. Her spirit of generosity and acceptance of others, especially those in trouble or distress, was an inexhaustible source of light and warmth in a world that often suffers from a lack of these qualities. And now it seems clear to me how she came by these graces from her prestigious lineage. Dr. Neustein was kind and thoughtful to write for us the history of her family.

We are all strengthened in these frightening times by having known people like Rebbetzin Shirley Neustein. Somehow I feel that the spirit of the Ruzhiner Rebbe that ran in the veins of Rebbetzin Neustein must also be making itself manifest in President Zelensky as well; truly, the neshama does not vanish!

Inspiration and Optimism From the Past

What a joy and inspiration to read Dr. Amy Neustein’s upbeat appreciation of her ancestor, the Ruzhiner Rebbe (March25, 2022).

I had met Dr. Neustein decades ago, and have continued to be impressed with her growing list of achievements over the years. I knew that her father was a rabbi, and that he and his wife knew my parents, all OBM, but I had absolutely no idea how special Dr. Neustein’s ancestry was. The Neusteins were never prone to self-aggrandizement, and because of that I hadn’t known about the stellar accomplishments of the family of Rebbetzin Shirley Neustein, who descended from such a prominent Chassidic dynasty.

The article itself is a welcome breath of inspiration and optimism in a most trying time in world history. Thankfully we can draw from memories of persons like the leaders of this special family to give us hope during our bleakest moments.

I thank The Jewish Press for sharing such a beautiful story with all of us!

Merciful Children of the Merciful

A defining trait of the Jewish people is that we are merciful; we are “rachamanim b’nai rachamanim.” This trait was inculcated in us by our forefather Avraham Avinu, and is a sine qua non in the identity of a Jew. When responding to news of tragedies, whether abroad or domestic, whether among Jews or non-Jews, our first and only emotional reaction must be one of empathy. And our instinctive response should be: How can we help?

It is with this in mind that I write to convey my dismay at the sentiments expressed by some Jewish writers concerning the war in Ukraine. Rather than declaring utter disgust for the actions of an evil man, Vladimir Putin, writers have equivocated. Among these is Myron Hecker (Letters, March 18). After detailing the history of Ukrainian antisemitism, including the fact that many Ukrainians abetted the Nazis, he writes: “Today’s Ukrainian people are the children and grandchildren of those who, by their betrayals, sent untold numbers of Jews to their deaths.”

The sordid history of Nazi occupation and the collaboration by some Ukrainians is well known. Perhaps less acknowledged are the thousands of Ukrainian non-Jews who risked their lives to shelter and rescue their Jewish neighbors. Over 2,500 of these Ukrainian heroes have been honored by Yad Vashem as Righteous Gentiles. Considering the stiff criteria required by Yad Vashem for inclusion, we can be certain that many thousands more deserve the honor. The recent story of Sharon Bass, the Israeli who this month rescued the grandchildren of Mariya Blyschchik, the Ukrainian who rescued Sharon’s grandmother Fanya, is proof that as Jews, we acknowledge our debts to these rescuers. And so, while there are Ukrainian descendants of murderers, there are likewise descendants of heroes.

This, though, is beside the point; the nature and extent of Ukrainian evil during the Holocaust is irrelevant when it comes to current events. The collaborators are mostly dead by now, and their descendants are not guilty of genocide. They are innocent victims of Putin’s hideous campaign of wanton destruction. As believing Jews, we should have one goal: the rescue of Ukrainians. Further, tens of thousands of Jews live in Ukraine. Last I checked, Putin’s missiles do not differentiate among religions and races.

Years ago, during an earlier Russia-Ukraine flare-up, I heard someone comment, “I am cheering both sides on.” This sort of callous comment is unacceptable, even when coming from a rav, which in that case it did. Rabbanim do not have the right to celebrate killing; if anything, I expect rabbanim, our leaders, to exercise even more discretion than I would expect from the average person.

Is it possible that Hashem has a calculation whereby nations are punished for their crimes long after the perpetrators are gone? Perhaps, but that calculation is best left to Hashem. I don’t know who among us has the ru’ach hakodesh to make such a determination.

And so I, for one, harbor no ambivalence regarding the position we must take. Those who are unshaken by the horrid images of innocent men, women and children being wantonly slaughtered need to absorb anew that defining trait of the Jewish people: rachamanim b’nai rachamanim.

Our Roots in Ukraine

I have been praying for both survival and victory for an independent Ukraine in general and Prime Minister Zelensky in particular, I have been thinking a great deal about the Jewish connection in the history of the Ukraine and its environs: Slavuta, the city of my maternal grandparents; Kishinev, Kiev, Lviv, Odessa, Tchernikhov, Babyn Yar; Uman, etc.

Much will undoubtedly be written on this subject in years to come. I am struck by an analysis of Putin’s pan-Russian imperialistic aspirations to eradicate Ukraine’s separate identity. In this context, it is important to mention that Stalin starved two million Ukrainians to death in the late 1920s. I wonder how many of our people were among them.

A Time Not to Be Silent

The article by Israel Kasnett (“US Prepares to Sign Iran Appeasement Deal,” March 25) should spur every American Jew to write to their elected officials urging them to put forth legislation in Congress to oppose this folly of a deal. There is a time to be silent and a time to speak up; the time to speak up is now – or we will wring our hands later.

America’s decline in both foreign and domestic matters is apparent to all. Empires and civilizations come and go. Their demise has myriad reasons but one commonality is the ill-treatment of their own citizenry. The wealthy ruling elites treat their citizens with disdain, subjecting them to tyrannical regulations, keeping them illiterate (think about our failing school system) and impoverished. In the U.S., crushing taxes, crippling inflation and curtailment of civil liberties including free speech, is the norm with our divisive and destructive administration. Rome’s “bread and circuses” appeased the populace for just so long. Today, substitute “stimulus checks.”

Speak up while we can about inane policies. Silencing and canceling people is the modus operandi of this abominable administration. Celebrities like Dr. Mehmet Oz and Herschel Walker who serve on the President’s Council for Sports, Fitness and Nutrition – and are both running for office on the Republican ticket – have been asked to resign or be terminated by the Oval Office because their views are diametrically opposed to the empty-suit, puppet of the left president. Neither plans to resign. Do not be silent in the face of an outrage as it only emboldens our feckless leaders.

More than 50 years ago in college I took a history class called “The Glory That Was Greece…The Grandeur That Was Rome.” Today, in 2022, I would amend that course title to add, “…. And The Greatness That Was America.” 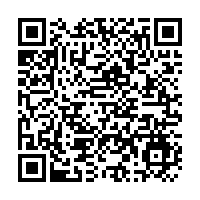