The Tendler family protests the insulting remarks and defamation of character in the letter to the editor by Professor Steven Resnicoff (June 24). (See Shulchan Aruch, YD 243:6,7 and 334:47). We are also surprised that The Jewish Press would allow such defamatory and insulting remarks to be published, attacking a Torah giant such as our father, Rabbi Dr. Moshe David Tendler, obm.

As tearing down monuments and statues, rewriting history and changing names of buildings named after historic figures continues under the growing cancel culture, it reminds me of George Orwell who said, “Every record has been destroyed or falsified, every book rewritten, every picture has been repainted, every statue and street building has been renamed, every date has been altered. And the process is continuing day by day and minute by minute. History has stopped. Nothing exists except an endless present in which the Party is always right.” His vision of 1984 is quickly becoming today’s reality.

In response to the article “Tech Gone Too Far?” my answer is a definite yes. Giving Alexa the capability to listen to a recorded voice and replicate it perfectly is opening a can of worms. I like Alexa giving me a daily weather report but I wouldn’t want to hear the voice of my deceased parents. We can’t stop progress but this isn’t progress.

Ziona Greenwald’s article (“Let Them Wear Burkinis,” July 1) recalled a podcast I heard a while back when Sweden, which had been inundated by Muslim migrants (and crime), decided to ban the burka, the full-body covering worn by some Muslim women.

At first I thought the issue was the obvious one of security – Who knows what lurks inside those voluminous black folds? The idea of facial recognition has long been a factor in law enforcement – with a ban even on masks having been on the books in places like New York City.

But no – the reason for the ban, and for the commentator’s praise for it, had more to do with cultural hegemony, as he quoted a statement from a Swedish individual who didn’t want to see a skyline of mosques in Stockholm detracting from its cultural identity.

The concept has historical reverberations, for Europe has a history of banning public Jewish worship and prescribing that no synagogue was to be larger than a church in that city. Perhaps more to the point at present is Quebec’s ban of all religious symbolism in public venues, including head covering like the yarmulka. France’s radical secularism has led to similar bans. Those who haven’t got the guts to go after terrorists and other security threats can always be satisfied with going after women’s clothing, with modesty being the new enemy of the state. The absurdity should be apparent.

So by all means ban the burka as a security threat. But save the burkini, the tichel, the kippah and the synagogue. 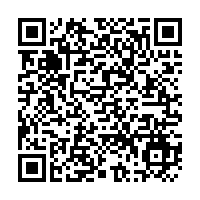