I am writing in response to Rabbi Jeremy Wieder’s June 10 op-ed regarding abortion.


Rabbi Wieder asserts that while the Lubavitcher Rebbe supported legislation prohibiting abortion, Rabbi Moshe Feinstein opposed it. Rabbi Wieder provides no evidence to support this claim. This is extremely troubling, especially because, as Rabbi Wieder acknowledges, Rav Moshe held that abortion, unless the mother’s life is endangered, constitutes a form of murder. Consequently, one should not characterize Rav Moshe’s position without convincing evidence.

Although Rabbi Wieder adduces no evidence, some people have attempted to justify such an assertion by using a published 1989 interview of Rabbi Moshe Tendler. [Editor’s note: We have reproduced below the relevant parts of the interview with Rabbi Tendler in the now defunct Jewish Review. [The interview can be read in full at www.thejewishreview.org/articles/?id=175]

Let me make three points. First, as anyone in the field of Jewish bioethics should know, there is a substantial controversy as to the extent to which Rabbi Tendler accurately described Rav Moshe’s views on “end-of-life” issues. As a result, Rabbi Tendler is not necessarily a reliable source regarding Rav Moshe’s positions.

Second, nowhere in that interview did Rabbi Tendler state that Rav Moshe took a stand specifically against anti-abortion legislation. Instead, Rabbi Tendler referred to a general disagreement between the Lubavitcher Rebbe and Rav Moshe, mentioning abortion legislation as an example of what the Lubavitcher Rebbe favored. Then Rabbi Tendler said that Rav Moshe’s general approach, for “political reasons,” was not to support secular legislation that might promote Jewish values. As to that debate, Rabbi Tendler said that he personally “leans” toward Rav Moshe’s position. Yet Rabbi Tendler told the same interviewer, “Surely the Roe v. Wade decision that extended the right to privacy to include the right to abort any time before fetal viability (the end of the second trimester) should be overturned…. [T]he frivolous abortion for sex selection or to prevent discomfiture during a planned vacation must be declared illegal” (emphasis added).

Are we to infer that, in making this statement, Rabbi Tendler considered himself disagreeing with Rav Moshe? Rabbi Tendler certainly did not say so explicitly.

Third, and finally, it must be stressed that according to Rav Moshe, abortion – when not halachically permitted – is murder. Preventing murder is extraordinarily important. Even if R. Moshe would not have favored some types of legislation even though they would coincide with Jewish values, this does not mean that he would have opposed legislation against murder. Does Rabbi Wieder believe that Rav Moshe would have opposed legislation outlawing the murder of babies after they emerged from the womb?

Interestingly, Rabbi Wieder suggests that part of the pro-life movement may reflect the same values that would permit euthanasia or physician-assisted suicide. Does Rabbi Wieder presume to know (based on Rav Tendler’s remarks) that Rav Moshe would have opposed laws against such practices?

Excerpt from the 1989 Jewish Review Interview with Rabbi Tendler

Jewish Review: This raises an important question, and that is, should we, as Jews, strive to achieve a state of affairs in which American law coincides with Jewish law on matters such as abortion, or should we rather campaign for wider latitude and individual discretion within secular law, on the theory that with such latitude there would be fewer obstacles to American Jews following Jewish law on any given issue?

Rabbi Moshe Tendler: This is a very astute and important question. As you most likely know, the Lubavitcher Rebbe took an approach based on the idea that the seven Noahide laws are so universal and so categorically imperative on every human being that we, as Jews, have a mitzvah to, so to speak, “push” them and hence, to foster a legal system that would, for example, prevent a Gentile from committing an abortion. There is no doubt that he is 100% correct from a halakhic point of view. It is a mitzvah for the Jew to encourage the Gentile to perform his mitzvot. It is forbidden for a Jew to mislead a non-Jew into sin. We derive this involvement in the religious life of the Jew was from the Torah: “Do not place a stumbling block before the blind.” It is hard to second guess the Rebbe either halachically or politically. This is, of course, an issue of public welfare, and the question is whether or not the public welfare is served by legislation banning abortion. Here, I think, I could see two opinions. My father-in-law, the late Rabbi Moshe Feinstein, felt very strongly that allowing government to legislate in any area of morals and ethics gives them a toe-hold in religion, and if you let them in a little bit, the government will begin to expand its role in this area and start legislating what is proper to teach and what is proper to do in a religious context. Now, Rabbi Feinstein had lived some 10 to 15 years under Stalin and his experience of the Russian government’s total so traumatic that he held fast to the idea that we should keep the government away from religion even in those instances where its legislation might seem to be supportive of the Torah point of view. For Rabbi Feinstein, the complete separation of church and state was absolutely necessary for the survival of any minority group. What is the right approach? I really don’t know. I am a strong believer in the separation of church and state and I believe that minority religious rights are best protected if government protects the rights of each individual to practice his religion without imposing any restrictions. I don’t want to be the one making a decision between the Lubavitcher Rebbe’s opinion and Rabbi Feinstein’s opinion, but I lean in the direction of Rabbi Feinstein. Perhaps there is a little nepotism at work here.

Jewish Review: How then does this apply to the recent United States Supreme Court consideration of the doctrine of Roe v. Wade, the right to abortion on demand? How would you want the court to decide this issue?

Rabbi Tendler: The impending review of this landmark decision reawakened both the “Pro-life” and “Pro-choice” forces in society. Surely the Roe v. Wade decision that extended the right to privacy to include the right to abort any time before fetal viability (the end of the second trimester) should be overturned. The “legalizing” of abortion led, de facto, to condoning abortion as morally acceptable. This was not the intent of the Supreme Court’s opinion, but it was, nonetheless, the result. The primacy of maternal life as a justifiable reason to abort must be clearly stated and maintained. However, the “frivolous” abortion for sex selection or to prevent discomfiture during a planned vacation must be declared illegal. Abortion because of rape, incest, fear of a probably genetic disease, or great familial stress must be left to individual conscience in our pluralistic society, without legal intrusion into the patient-physician relationship.

Kudos to David M. Weinberg for his article “Why Should Biden Bother Visiting the Mideast” (June 17). Biden’s faulty motivations for the proposed trip set the stage for yet another debacle for the USA on the world stage. But missteps and miscalculations are the hallmark of this administration.

We all remember the fiasco of the U.S. withdrawal from Afghanistan in August 2021 and the death of 13 U.S. service members due to his unsound reasoning.

We all remember “cackling Kamala’s” nonsensical, cringe-worthy remarks when she visited Poland in March 2022 after Putin’s invasion of Ukraine.

This proposed trip provides yet another opportunity for a debacle. The additional oft-cited reason for visiting Saudi Arabia is to convince that country to drill more oil to sell to the U.S. What if Saudi Arabia makes provision of oil contingent on Biden NOT signing a nuclear accord with Iran? Biden’s hubris will view this as another country trying to exert influence on U.S. policy. He will reject it and slink away with his tail between his legs.

Who will pay the price for Biden being beholden to the “climate crazies” who denounce using American oil? Americans will pay heavily. Not just for gas but for the food shortages that are inevitable because farmers cannot afford fuel or fertilizer to grow their crops or send them to market!

The destructive reign of this cognitively impaired and incompetent president continues. The summer of our discontent is on the horizon – but so are the elections of 2022.

What Price a Presidential Visit?

Israel is now relearning the high price associated with 21st century U.S. Democratic presidential visits – “U.S. Asks For Gestures Ahead of Biden Visit” (June 16). Wanting it “to take place in a good atmosphere and determined to address Palestinian need for some kind of political horizon,” the Biden administration is testing just how far it can go towards “canceling Israeli sovereignty.” Demands reportedly include ending security sweeps into Palestinian Authority territory, halting some court-approved house demolitions and evictions, plus a visit-long total internal settlement construction freeze. In addition to an already announced American official visit (unaccompanied by any Israeli officials) in East Jerusalem, the presence of a P.A. official at the Allenby Bridge crossing into Jordan has also been requested. The insidious plan to embed an American Consulate to the Palestinians within Jerusalem remains in play, as does a possible workaround of siting an office and reporting directly to Washington within its embassy.

Whether this visit will mend, or further bend, U.S. fences with Israel, Saudi Arabia, and Gulf States remains uncertain. It comes at a very perilous time. Unending pursuit of reviving the increasingly moribund Iran nuclear agreement has now brought its rogue regime to the nuclear threshold. The Middle East may be on the cusp of war. The moment is one for decisive decisions, not further dithering, nor further fruitless backchannel talks with Tehran. Time for implementing Plan B massive sanctions, a credible American military threat, and wholehearted American backing of those Biden will be meeting, against their common Iranian nemesis. Those endless warnings that “Iran will never be allowed to get The Bomb” are becoming ever emptier.

Do you ever wonder how President Biden sees the country in its present state? I do. We are in bad shape, and Putin didn’t do it – Joe did.

The stock market meltdown simply expands the inflation pain. It’s obvious the financial industry has no confidence in Biden or his administration to problem solve. A recession is coming.

Only delusional people can still support this incompetent administration, and, like Putin, Trump has nothing to do with its failure. Despite Covid devastation, President Trump left Biden a robust economy and inflation at 1.4 percent. Hard to believe the quick collapse.

The essential reason things are heading to painful regions is Biden’s focus on climate change and social justice.

Like Jimmy Carter, Joe Biden will never cop to doing a bad job. Few incompetents do. And many who voted for Joe still see Trump as the problem. That’s what the January 6th committee is all about.

But working folks now largely understand the great progressive con. Pain sharpens observation. And so, Mr. Biden is finished as a credible leader.

But the destruction he has brought is not finished. And that makes me angry. 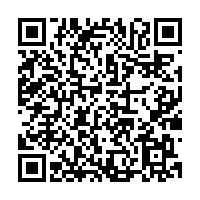