Another View on Divorce


I am writing in reaction to Tzvia Ehrlich-Klein’s article on divorce (“Not So Unusual Anymore,” April 29) in which she claims that women should think twice about divorcing since they will basically be losing an extra pair of hands. She gives examples of not being able to speak to one’s son’s rebbe at PTA and asking a neighbor to instead, of not having someone to depend on in case of an emergency, and other situations.

I do not know her background, but this is not real life. She gives an example of an emergency occurring in the house on Shabbos. If there is a husband in the picture, one can send a seven-year-old to shul to get the husband to come home and help with the responsibility. The message was by divorcing, the woman is making life more difficult for herself since there is no backup.

Did it occur to Ms. Ehrlich-Klein that the backup may not be there, even though a husband/father physically is? That the husband may opt to not leave shul until after a certain segment of the prayers has been concluded? That the husband may consider anything going on at home while he is in shul the wife’s responsibility? That the emotional abuse and berating that the wife will suffer due to an accident on her watch will be demeaning and break her? That there may be anger and physical abuse for calling him away from his prayers? For causing him perceived embarrassment? That he may belong to the kiddush club and be too “tipsy” to be of any help?

That is the real life of a woman who is suffering in a marriage and opts for divorce.

And in what sheltered neighborhood is she living that one can send a seven-year-old to the shul his father opts to go to? Not every neighborhood and city has shuls on the corner and down the block. Many times it is a 15-minute walk away, crossing busy thoroughfares. And perhaps the mother does not want to send a child who may get smacked for interrupting his father during his holy prayers.

Is it more physically difficult for a woman to manage it all by herself? In one way. But perhaps it is not. Perhaps Hatzalah or 911 would be more reliable than her husband in responding to a family emergency. And they would not berate and yell at her for the next month for “allowing” this accident to happen. Perhaps she would have to leave the children with neighbors, knowing they would be cared for.

Most women divorce because the presence and “help” of their spouse is not worth it. Not worth the abuse, not worth the debasement, not worth being in constant limbo, not worth losing faith in oneself and doubting oneself and one’s ability, not worth seeing this treatment perpetuated onto your children. The narcissistic, self-centered spouse and father would not react well to a message to leave his important task, be it praying, working, or socializing, and be called home.

Most women divorce because of the heavy price that they and their children pay to have a husband and father present in the house.

You are wrong. It is not “easier” to stay married.

Yes, I have put away Pesach dishes myself in the wee hours of the morning, with tears running down my cheeks and my husband sound asleep in his bed.

When I read “The Abortion Leak has Brought us to a Crossroads” (Editorial, May 13), it struck me as either disingenuous or naïve, or some combination of the two.

First of all, if anyone is still shocked that the Supreme Court is just as much a political institution now as the Congress or the Presidency, well, the fact that the wife of Clarence Thomas conspired to overthrow the duly elected government of the U.S., and that Clarence Thomas voted to cover this fact up, should disabuse you of the notion that it is anything else.

A more lethal broadside to our democracy is hard to imagine.

If you think that President Biden is the first president to pressure judges, well, Googling “Trump pressuring judges” will turn up many results, from reputable sources.

If you think that Mitch McConnell preventing President Obama from appointing Merrick Garland to the Court while rushing through Amy Coney Barrett’s nomination before Trump was booted out of office weren’t political acts, I don’t know what to tell you.

If you think that the Republican-appointed members of the Supreme Court gutting the Voting Rights Act and effectively allowing representatives to choose their voters instead of the other way around wasn’t a political act, I don’t know what to tell.

The bottom line is that the Supreme Court, as currently constituted, is a very powerful arm of the Republican Party, and, as such, it is perfectly justified to protest their decisions as it is those of any other politicians.

Regarding the Lufthansa Airlines’ abuse of Jewish passengers (“As Lufthansa Outrage Grows, Airline Apologizes,” cover story, May 13), it befuddles me why any Jew, least of all a frum Jew, would patronize this German business.

How can we forget the savage way Germans treated us. Seventy-seven years is not really that long ago. We should remember the Shoah like we remember Amalek.

Only one time have I ever bought anything German-made or sold, and that time was a mistake. Don’t reward our vicious enemies. This is true not only for our old enemies, but our current sonei Yisrael antisemites as well.

The Jewish Press (May 13) printed Professor of Law at Harvard Law School, Professor Alan M. Dershowitz’s op-ed, which the Harvard Crimson accepted and then rejected. Professor Dershowitz is to be commended for once again responding quickly and energetically to any attack on the Jewish people. Unfortunately, his argument, like so many well-intended attempts to combat antisemitism and to defend Israel, fails to even once mention G-d.

Professor Dershowitz lists five statements of fact. Are their inclusion in his op-ed intended as a justification for Israel’s right to exist as a Jewish sovereignty? Dershowitz highlights that 1) Israel has a concern for human rights; 2) Israelis have made contributions to humanity; 3) Israel has signed peace treaties with Arab countries; 4) the Israeli government has attempted to give away parts of the Holy Land in exchange for peace; 5) Israelis have been victims of Arab terror.

These statements of fact are all irrelevant to the narrative of a religious Zionist. The overwhelming majority of Jews in Yesha object to a two-state solution, as do the supporters of BDS. Professor Dershowitz suggests a political solution to a religious issue. The answer to the Harvard Crimson editorial and to all supporters of BDS is as follows:

The Jewish people, indigenous and from other continents, have legally rebuilt a Jewish country in the Holy Land deeded to the Jews in the Bible. They were welcomed into the land by the victorious powers who destroyed the Ottoman Empire, redrawing new boundaries and inaugurating new nations, like Iraq, Lebanon, Syria, Jordan, and Israel. The United Nations offered statehood to the Jewish Palestinians and offered a second Palestinian State (Jordan being the first Palestinian Arab State, comprising 83 percent of Palestine) to the Arab Palestinians. The Jewish Palestinians accepted the offer while the Arab Palestinians aligned with united Arab armies in an “all or nothing” series of wars to wipe the one Jewish State off the map. The Jewish people are “guilty” of accepting the United Nations offer for independence and the Jewish people are “guilty” of defending their very existence. The miraculous nature of both international agreements and military successes did not occur by chance. There is a Grand Narrative of history and it is written by G-d.

Regarding the two views on abortion in the May 13 issue, here’s a point I don’t often see being made.

Even if we know with certainty (which is not always easy) what the correct Torah perspective is on hot-button cultural issues in America, such as abortion, gay marriage, etc., who’s to say that we need to advocate for that position as the public policy in this country of galus where we find ourselves.

We don’t really have a mesorah about how to act in this regard.

For most of our time in exile, Jews (except in some isolated individual cases) have had no say in shaping edicts and public policy.

Things changed only in democratic countries in the last century or so – and even then Orthodox Jews did not think to assert themselves regarding cultural issues except in the last few decades.

So why is it necessarily so that we should advocate for public policy that is against gay marriage? Who says that’s our job?

Cancel Culture Can Work Both Ways

In the wake of the outrageous decision by the New York City Museum of Jewish Heritage to cancel Gov. DeSantis’s speech for blatantly political reasons (“Politics or Logistics, Museum Cancels Conference Featuring DeSantis,” May 13), I have torn up my membership card and returned it to them with a note that in the future if they need funds, they should contact their previous program participants, AOC and her friends. They know more about “the Benjamins” than I do.

Further, because the Museum had been such an important provider of Jewish content, it would be a shame to have its future jeopardized by petty politics. Accordingly, I ask that president Kliger and his board resign so that the Jewish Museum can return to its original mission of providing appropriate content to the Jewish community, and not woke political advocacy.

In these difficult economic times, it is important to patronize your favorite restaurants and honor the employees who make them a success. Now that most of us have received our Covid-19 vaccine, let’s all celebrate this May 21st National Waiter and Waitress Day.

Let your server(s), cooks and owners know how much you appreciate the excellent food and service.

Try to tip 20 percent against the total bill including taxes. If it is an odd amount, round up to the next dollar. Why not leave a 25 percent tip in honor of this day? If you can afford to eat out, you can afford an extra dollar tip. When ordering take-out, don’t forget to leave a dollar or two for the waiter or cook.

The people who work at your favorite restaurant are our neighbors. They work long hours for little pay and count on tips, which make up a significant portion of their income. If we don’t patronize our local restaurants, they don’t eat either. Your purchases keep our neighbors employed and the local economy growing.

Drop off a box of candy, cookies or some other treat for your favorite waiter or restaurant staff to celebrate this day. 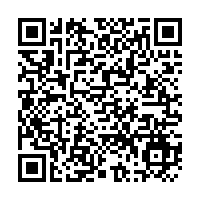