The Monitor never much cared for Martin Indyk during the latter’s service in a variety of diplomatic roles (including ambassador to Israel and assistant secretary of state) for President Bill Clinton. He seemed to be the very embodiment of the Clinton foreign-policy mindset that had as its centerpiece the pursuit of a nebulous Middle East “peace process” and the elevation of Yasir Arafat to statesmanlike status.

That’s why reading Indyk’s 2009 memoir Innocent Abroad (Simon & Schuster) was such a delightful surprise. While Indyk still puts way too much stock in the salubrious effects of negotiations, he does admit that for all the “time, energy, and prestige” the Clinton team invested in Mideast diplomacy, “ultimately it failed.”


What really distinguishes Indyk’s book from other first-person accounts of Clinton-era Mideast policy is its remarkable candor – along with a feast of insider tidbits.

Israeli foreign minister Shlomo Ben-Ami, for example, “was so keen to reach [an] agreement that he had gone beyond his instructions and informed Arafat that he could have even have sovereignty over the Jewish Holy of Holies, the Temple Mount in Jerusalem. But at the last moment, Arafat reneged.”

And this: “In one conversation with [Secretary of State Warren] Christopher in 1994, [Syrian President Hafez] Assad actually referred to Jerusalem as Israel’s capital.”

And this, concerning the first meeting between Arafat and Bill Clinton, prior to the signing of the Oslo accords in September 1993:

Arafat was infamous for his kissing on public occasions. When he met Arab leaders, he would perform a kissing spectacle, repeatedly planting his bulging lips on both their cheeks…. How could we prevent him from showering the president as well as [Israeli Prime Minister Yitzhak] Rabin with kisses? This was a job for the State Department!I had already informed the Saudi ambassador, Price Bandar, about the “no kissing rule” and Bandar had agreed to explain to Arafat that in the United States, unlike in the Arab world, leaders shake hands rather than kiss one another. However, as assistant secretary of state for Near East affairs, it fell to Ed Djerejian to be the first American official to greet Arafat when he landed at Andrews Air Force Base. Lest a precedent be set, we needed to make sure that Ed did not allow Arafat to kiss him before Bandar had the opportunity to deliver the message. Ed and his aides developed a technique for shaking hands with the right hand while placing the left hand firmly on the bicep of Arafat’s right arm so that he would be unable to embrace and kiss his greeter.

I watched on CNN as Ed tried out his technique on Arafat…. It worked perfectly. On the morning of the signing, [National Security Adviser] Tony Lake taught the president the same technique in case Arafat tried it on him. The president demonstrated with a knee to Tony’s groin what he might do if the technique failed.

And then there’s this gem from Indyk about what happened when Rabin let it be known he would not participate in the Oslo signing ceremony if Arafat wore his familiar military outfit:

“I asked Bandar to help me with the problem of getting Arafat out of his uniform. Bandar arranged for some suits to be delivered by a local tailor to the chairman’s hotel room. He explained to Arafat that protocol required him to wear a suit like everybody else at the ceremony. When Arafat reluctantly tried on one of the jackets in front of his aides, who had never seen him in anything but his battle fatigues, they burst out laughing…. [Arafat] felt humiliated, took off the coat, and insisted that he would only wear his uniform to the ceremony.”

Arafat actually ended up wearing a safari suit that afternoon.

Indyk also recounts the time Saudi Crown Prince Abdullah, visiting the White House in 1998, “leaned across the table and explained in a hushed voice that he had ‘information’ that Monica Lewinsky was Jewish and part of a Mossad plot to bring the president down because of his efforts to help the Palestinians. He told Clinton that he intended to share this intelligence with senators … in an effort to forestall his impeachment.” 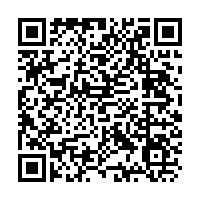