Sometimes U.S. administrations disagree with decisions made by their Israeli counterparts. But the reaction of our government to a minor housing decision has prompted a two-word response from me and many others: “Enough already.”

Following Israel’s announcement that additional housing units were going to be built in the section of Jerusalem known as Ramat Shlomo, various high level officials in the Obama administration issued stark statements condemning Israel’s domestic policy decision. The timing of the decision may have been embarrassing for Vice President Biden, who was visiting Israel at the time, and for Prime Minister Netanyahu, but it certainly did not warrant the repeated and vituperative denunciation it got. A minor disagreement was treated like an earth-shattering diplomatic breach.


Let’s remember the facts here. Jerusalem is hardly some far-off outpost. It is the capital of a sovereign nation that happens to be our strongest ally in the Middle East and perhaps the world. And this housing decision was months in the works as part of a transparent process that is followed by dozens and dozens of building proposals each year. Think of it as a decision by a local zoning board. This was hardly war and peace.

Never mind the proposed housing; the real construction here is the Obama administration’s constructing a mountain out of a molehill. To use this minor matter as an excuse to treat Israel as a punching bag is not just unwise, it is dangerous.

For one thing, it distracts from the real policy objective both Israel and the United States share – to get the Palestinians back to the table talking peace.

As PA President Mahmoud Abbas watches the U.S. attack Israel so publicly, don’t you think he is going to want to sit back and watch his two enemies fight it out? That is why the U.S. policy on “settlements” has been so problematic. If we are going to be making unreasonable demands, surely the Palestinians are smart enough to hide behind the skirts of the “U.S. preconditions” before they act in good faith.

But there is another reason why the Great Housing Hubbub of 2010 is so troubling. It is the perception it – combined with other recent slights of Israel – may have left with the Arab world. It is bad when any American president is widely distrusted in Israel, as polls show President Obama is. But worse is how our enemies may view this breach. It is clear the administration wants to show it is different. Regarding much of the world that attitude is correct. But if Iran or Hamas or Hizbullah interprets this as more than political posturing – as indeed a change in the basic relationship between America and our ally Israel – then bad things can happen.

This tension also leaves fertile ground for troublemakers who seek to drive a wedge between our two countries. Just last week rumors spread about a group of Israeli scientists who work at the Dimona nuclear research center in Israel allegedly being denied visas to the U.S. because of a shift in American policy toward Israeli scientists. The State department and the Israeli Embassy have both confirmed to me the story is not true.

But farfetched conspiracy theories like this have greater legs because of the consistency the White House has shown in denouncing Israel.

It is the right of Israel to decide when and where it builds and it is the right of Israel to defend itself. It is not acceptable for the United States to criticize the internal decisions of another democracy, especially when it is the Palestinians who refuse to negotiate. The next steps in a sensible peace plan are to get the Palestinian Authority back to the table to try to fix the real issues in the region. Unfortunately, the White House has veered from this game plan even though the stakes have never been higher.

The Israeli people have the right to elect officials who will make policy decisions on their behalf. The White House’s response was reactionary and inconsistent with previous attempts to bring peace to the region. Israel is a sovereign nation and an ally, not a punching bag. Enough already. 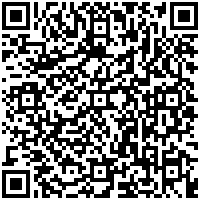