Helen Thomas’s boundless disdain for Israel, so apparent to anyone who heard or read her leading questions and hostile asides at countless presidential press conferences over the years, finally did her in this week.
Forced to call it a career after she was videotaped telling an interviewer that Jews should “get the hell out of Palestine” and “go home” to Germany and Poland, Thomas will now forever be remembered as much for the sheer ugliness of her attitude toward Israel as for her decades of news reporting and writing.
Thomas’s colleagues in the mainstream media did their best to ignore the story – the video clip of her remarks was circulating all over the Internet and headlined the Drudge Report over the weekend but if you relied solely on The New York Times or other conventional media outlets for your news, you likely knew nothing of the accelerating controversy until Thomas announced her resignation Monday.
The protectiveness of her fellow journalists was understandable: she was one of them through and through. She despised Ronald Reagan and George W. Bush, liked Bill Clinton and positively adored Barack Obama.
“I’m a liberal,” she said in 2006. “I was born a liberal, and I will be a liberal [until] the day I die.”
Hence the reluctance on the part of her ideological soulmates in the Washington press corps to report the sort of story they would have jumped on if a conservative reporter or pundit had slurred blacks or Hispanics or gays or feminists or, yes, Jews. It wasn’t the target of Thomas’s remarks that gave the press pause, it was the fact that those remarks came from someone whose political outlook jibed so nicely with that of most other journalists.
As mentioned above, Thomas’s anti-Israel proclivities are an old story. Here are a couple of the Monitor’s favorite Thomas White House press conference performances; the first occurred in 2001, the second a year later.
2001: Unidentified reporter: President [Bush] to meet with [Yasir] Arafat?
Press secretary Ari Fleischer: John, as soon as we have anything to announce, if we do, we will let you know.
Thomas: That’s not an answer. This has been a very one-sided dialogue, and not talking to – any president not talking to any Palestinian leader face to face, and we want to know why.
Fleischer: Helen, the president has met with many –
Thomas: There’s two sides to this conflict, you know.
Fleischer: The president has met with many Arab leaders who have come here and met with him in the Oval Office.
Thomas: They’re not Palestinians .
2002: Thomas: Ari, does the president think that the Palestinians have a right to resist 35 years of brutal military occupation and suppression?
Fleischer: Helen, the president . was the first to go to the United Nations and call for a Palestinian state. That remains the president’s hope. That remains the president’s vision. And, obviously, events in the Middle East have grown very violent. But that is the vision that the president continues to hold out for.
Thomas: But he does think they have a legitimate right to fight for their land?
Fleischer: Helen, I do not accept the description of the premise of your question, and the manner that you asked it.
Thomas (muttering): Occupation, 35 years.

And then there was the time Thomas upbraided the Iraqi foreign minister for what she felt was Iraq’s tepid response to the 1981 Israeli raid on that country’s nuclear reactor. The foreign affairs scholar Barry Rubin recalled the incident many years later in a Jerusalem Post article:

On a warm night in November 1984, I walked up the path of a luxurious house in northwest Washington that served as the Iraqi ambassador’s mansion. That very day, the two countries had announced the resumption of diplomatic relations and the Iraqi flag flew outside for the first time in many years. The charming, worldly ambassador, Nizar Hamdoun, had invited a small group to dinner to meet then-foreign minister [Tariq] Aziz .
Aziz was visiting Washington to secure more U.S. help in Iraq’s war with Iran . Aziz made a strong pitch for the United States to support Iraq in the Gulf.
Advertisement


At that point, though, Helen Thomas of UPI interrupted him. “Why didn’t you retaliate” against Israel, she asked, “when [it] destroyed your nuclear reactor?” The foreign minister tried to brush away the question. Thomas did not find the response acceptable, “Just yellow, I guess,” she complained. 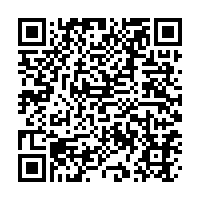