Seven years have swiftly passed since my husband and made aliyah from Washington, D.C. When we arrived it was the beginning of the seven year cycle of a “Shemitah” year, the time when, according to a commandment in the Bible, the soil in the land of Israel should rest, so that its fertility can be restored, it having been sapped during the previous six years.

We are now in another “Shemitah” year and we can scarcely believe it because of the diverse panorama of events that occurred during this period. And so, now we pause – to review this interval with much satisfaction.

We went up to Israel in the wake of the miraculous victory of the Six Day War. This stunning triumph awakened Jews in all corners of the earth to proudly proclaim their Jewish identity. Many came to help, and a considerable number decided to settle in the newly found homeland. The Israelis basked in the image of the victorious David, who defeated the insolent Goliath.

The economy flourished and everyone shared in it. The lira was then about four to the dollar. Basic foods were heavily subsidized by the Government as was bus transportation. The cultural segment of our lives was meaningful. To be able to attend public events without fear of going and returning home at any hour added greatly to our enjoyment.  Memorable are innumerable occasions, such as, the first time we rose from our seats to hear the Israel  hilharmonic Orchestra, conducted by Zubin Mehta, play “Hatikva” at the opening of the season and the Israel Symphony Orchestra, conducted bythe local Gary Bertini, do likewise.

Of course, there were various kinds of adjustments, but none that could not be overcome with the proper perspective. Importantly, we felt at home. It took about a year to get settled and to learn how to function with an archaic banking system, a telephone company whose employees inevitably reply to requests with the Hebrew version of “manyana,” a bureaucracy protected by the Histradrut, recurrent labor strikes and a most interesting, diverse population of Jews.

But all this is cushioned by the incredible fact that most everyone is Jewish – the bus drivers, the policemen, the nurses, the tour guides, the banking personnel, as well as the government.

Many factors more than offset initial frustrations. Living in Israel makes the Bible a reality. For example, “Shemitah” a theoretical subject, discussed by Talmudic scholars in the Diaspora, is widely adhered to in Israel by observant Jews. All year they are careful to use only agricultural products which are permissible according to the interpretation of the “Shemitah” laws by rabbinical authorities. Much is expressed in the media concerning “Shemitah” and a five star hotel in Jerusalem even notes on its menus its observance of the Sabbatical year of the soil.

Shabbat is a joy that can hardly be duplicated elsewhere and all the holidays assume an incomparable charisma, each beaming its own personality. You can feel the holiness of Yom Kippur and the exultation on Simchat Torah. Sukkoth is a week long holiday, celebrated by everyone. All the schools are closed and most offices and shops are either closed or functioning with a skeleton force. Immediately after Yom Kippur “schach” is made available in the cities for the “sukkah” and the streets and terraces are dotted with them. Linked with

Sukkoth are many varied activities throughout the land.

The Western Wall is unique. There is not a psychiatrist who can compete with it.  You can talk to The Wall and it answers.  You sense the presence of G-d’s angels.  Perhaps they are represented by the families of birds living there, taking note of all of us.  Then, too, perhaps The Wall is a vast computer and the birds, the programmers of events and  dispatchers of our prayers and the “kvitels” that are left in the crevices.  And when we go away, we always feel better than when we arrived.  And it is all free.  Where else in the world can we receive such spiritual strength!

And not to be overlooked is the delightful midnight TV feature which quotes pearls of wisdom from the Bible, Talmud and “Saying of the Fathers.” It is an incentive to remain awake until before the midnight news, because listening to the sagacity of our sages relieves the accumulated tensions of the day.

The year 1973 arrived with it the tragic Yom Kippur War.  Sadat and most of the media call it the October War.  It was a complete surprise and shocking to us novices, from America.  The first three days were absolute confusion and the news distressing.  Indelible in our memories was the evening Golda Meir, of blessed memory, appeared on TV and confirmed that the Egyptians had crossed the Bar Lev line, that we were overtaken and even if Israel wanted to make peace with Egypt, Egypt opted to push on!  The tide turned shortly thereafter when Arik Sharon (“Melech Dovid” his boys called him) crossed over the Suez Canal and trapped the 3rd Egyptian army, a feat now being studied in the army schools of many nations.  The brilliance of this maneuver by the Israeli army is but another frustrating example of how frequently Israel is pressured into retreating from an advantageous position – and, where right is made to appear wrong.

The war was a sobering experience and it affected everyone.  It was a great shock.  The defense forces were caught unprepared and could not perform immediately as they did in the Six Day War. It had a prolonged psychological impact on the population.  A ceasefire was negotiated and Kissinger started his shuttle stratagem.

An image of an Israeli may well be the basket of food hanging from his hand on his way home, the newspaper he is reading while walking and the news program he is listening to on the bus or on the portable radio he frequently carries.  Thus every Israeli is well apprised of the public disagreements between the chief rabbis, the terroristic attacks, the dramatic Entebbe rescue, the U.N. discussion on Zionism, Sadat’s incredible visit to Jerusalem, Begin’s visit to Ismailiya, the strikes of teachers, bank staffs, post office employees, doctors, El Al personnel and the perennial mini crises that occur.

However, in between and even during critical occurrences, the daily lives of the people continue at an even stride.  Countless events cause tremendous pride, assurance and happiness.  Many nations have sough out Israel because of its agricultural, medical electronics, etc. research.  The design and manufacture of the Kfir plane (with American engine) and other armaments are notable achievements.  Leadership in research and development of solar energy is one of the recent accomplishments. The establishment of a fashion industry and its annual market week is attended by buyers from Europe and other parts of the world. A furniture manufacturing industry has begun a make its impact locally and abroad: The annual book fair held at the Binyanei Ha’ooma in Jerusalem, in which leading publishers from all over the world participate, continues to be an exciting and anticipated occasion and perhaps gives an insight to the Israeli psyche. The opulation attends in droves, despite a charge for admission, and buys significantly. It is said that, per capita, Israelis are the largest buyers of books. In the field of sports they are competing more than commendably despite the discriminating tactics by the sports associations, inspired bythe Arabs. And, we shall always recall with great glee how the Maccabees defeated the Russians in basketball at Virton, Belgium, in February 1977,  which was televised. There are so many things that give the Israelis that special confidence (“chuzpa”). Where else is there a museum like Beth Hatefutsoth in Ramat Aviv on the Tel Aviv University campus!

But man needs material things too, in his daily life. Rapid inflation and high taxes are facts of life. Government subsidies for basic foods and transportation have been considerably decreased. As a consequence of the ragged economy, wage disputes result and there is the endless adjustment in salaries to the cost of living, but the sequence is, first, a strike that inconveniences the public. However, no one goes hungry or uncared for. The cost of apartments, in line with inflation, is as expensive as in the States, except in development towns and settlement areas. But, new immigrants are given various privileges, including cheap housing and household furnishings at reduced prices.

During the period between the two “Shemitah” years we experienced two extremes – a war and the making of peace with Egypt. It was bewildering to see the reception Sadat received in Haifa. It seemed unreal that Israelis could so soon forgive the Yom Kippur War. But apparently the yearning for peace was overwhelming. And we wondered whether a like welcome would be accorded the Israelis when they would come to Egypt and whether the Egyptians also had a genuine desire for peace.

When we arrived in Israel the population numbered about three million and now it is about four million, Arabs increasing more rapidly than Jews. Many Jews continue to make aliyah, although at a slower pace than desired. It is gratifying to note the large percentage of observant Jews among the new immigrants from the west. They are the most motivated and idealistic element.  Among them will be the future builders and leaders of Israel, who will help to mold Israel in the image we all long for.

There are so many opportunities in all fields and with perseverance, attainment is unlimited and the quality of life for Jews superior than elsewhere.

It is noteworthy that there is in Israel a considerable percentage of natives, for

such a small and young country, who enjoy also a second home, can afford to vacation frequently within Israel as well as abroad, refurnish their apartments when they feel the need for it, etc.

Notwithstanding the present political and economic situation, we look forward

with much hope for the future – to the next “Shemitah” year and to the Jubilee Year of Israel’s establishment. 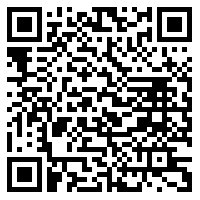